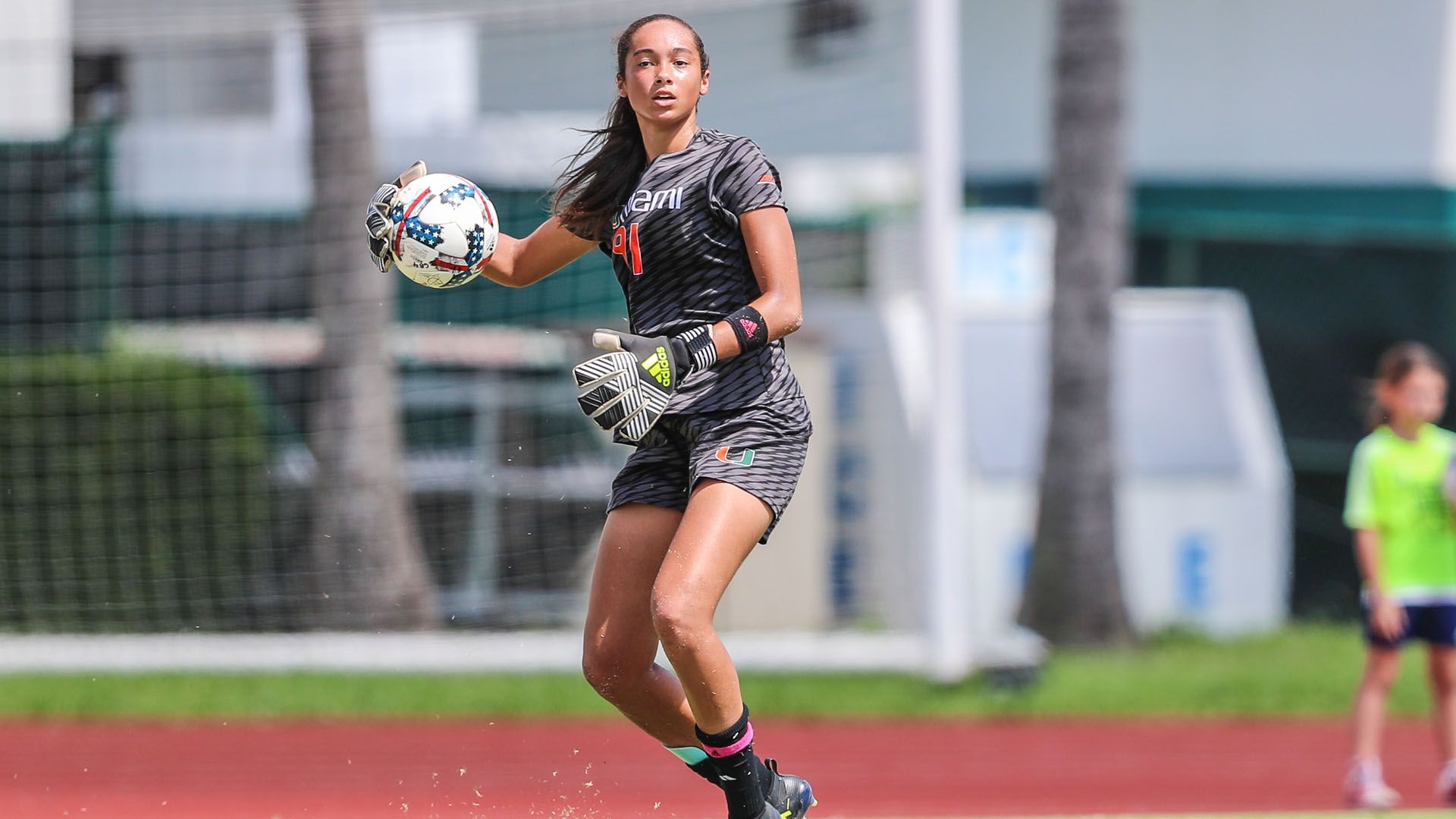 NASHVILLE, Tenn. – The University of Miami soccer team dropped a match for the first time this season Friday night at Vanderbilt.

Miami (2-1-0) fell to the Commodores, 2-1, in the Music City Invitational, with both VU goals coming in the final ten minutes.

“Obviously we were disappointed in the outcome,” head coach Sarah Barnes said. “But for us, the focus has to be about process, and how we can get better from game to game. And how we can fix the mistakes that we made, so that we can be prepared for ACC play. So, obviously we are looking forward to taking a look at the film, getting out to practice and trying to sure some things up in an effort to come out and be better on Sunday against Lipscomb.”

The night started off strong with sophomore Michelle Giamportone finding freshman forward Gudrun Haralz at the top of the box. The Iceland native, made a move past Vanderbilt’s junior goalkeeper Lauren Demarchi and finessed it into the back of the net for her third goal and eighth point of the young season.

On the defensive side of the ball, goalkeeper Phallon Tullis-Joyce made several quality plays in the first half for Miami, as Vanderbilt (2-1-0) produced some early chances offensively.

However, the redshirt junior was up to the task, logging two saves while also preventing a couple goal-scoring opportunities by jumping in front of the Dores crosses.

With six shots in the opening half, the Hurricanes found themselves with several opportunities of their own, following Haralz’s early goal, but were unable to get the ball past Demarchi.

In the 48th minute, the Hurricanes looked to extend their lead when Bayleigh Chaviers blasted a shot towards the upper left corner of the goal. However, Vanderbilt’s Taiana Tolleson, who replaced Demarchi for the second half, extended out and knocked the ball out of play.

Both teams remained locked in for the next half hour, until Vanderbilt’s Olivia Simmons connected with teammate Myra Konte off of a throw in, in the 80th minute, who headed it into the back of the net to tie the match, 1-1.

In the 88th minute, the Dores knocked in the game-winner off of the foot of Simmons, who connected with Hayley Hopkins for her second assist of the match.

The Hurricanes return to the Vanderbilt Soccer Complex Sunday at 1 p.m., when they battle Lipscomb in their Music City Invitational finale.