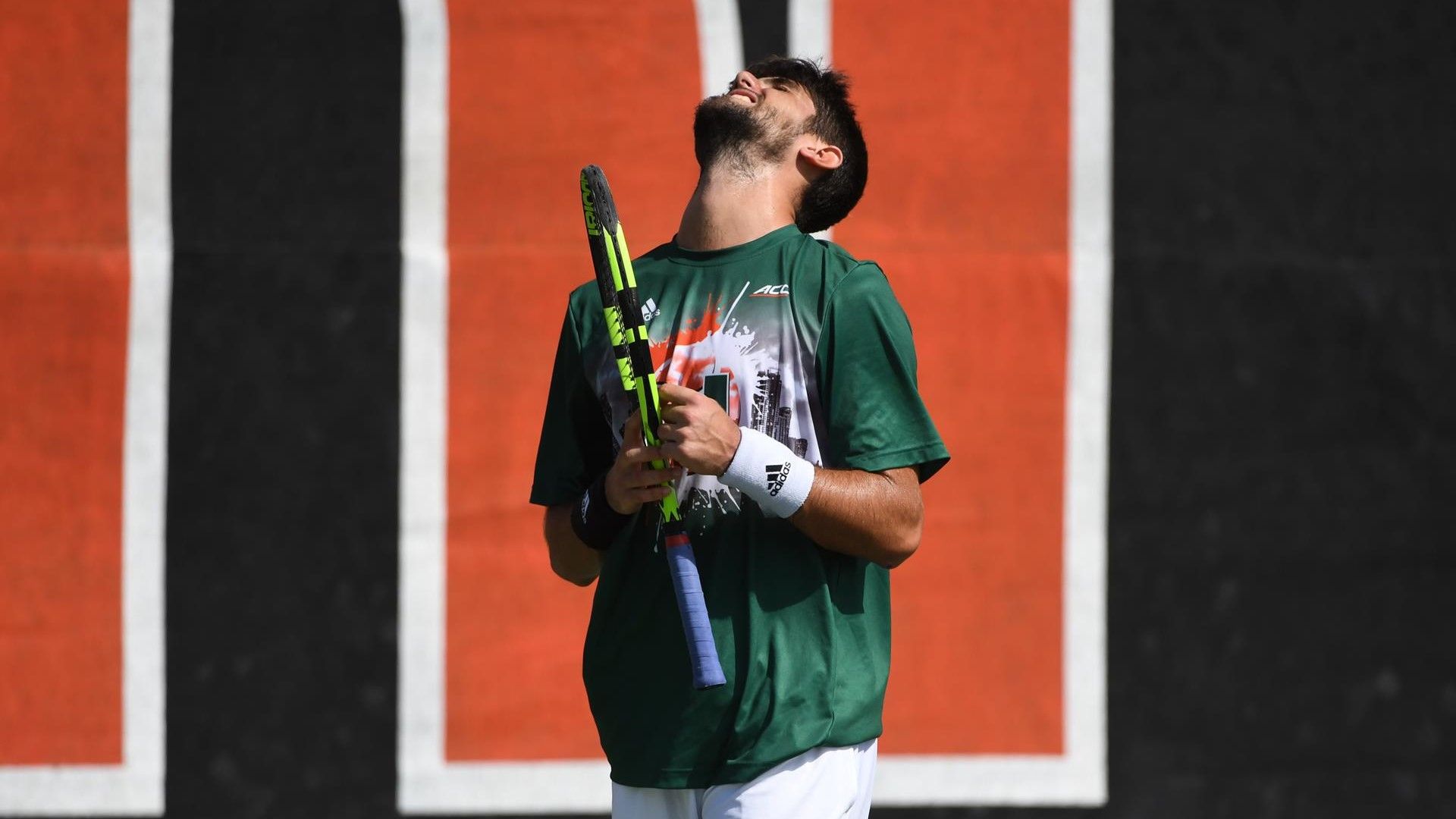 GAINESVILLE, Fla. – The University of Miami men’s tennis team had its season ended at No. 13 Florida Sunday afternoon, falling 4-0 at the Alfred A. Ring Tennis Complex in the second round of the NCAA Team Championship.

The Hurricanes (15-13) started singles play well by winning the first sets in the top two spots, but that did not materialize into points on the board with the Gators (18-9) winning the contests in the bottom two spots to grab an insurmountable lead on their way to third straight NCAA Championship Round of 16 appearance.

In the next round, the Gators will face Mississippi, which upset fourth-seeded Stanford at home, 4-3, Sunday.

Florida, which fielded three nationally-ranked duos against the Canes, opened the scoring by winning back-to-back matches. No. 36 McClain Kessler and Duarte Vale gave the Gators an advantage with a 6-2 triumph against senior Nile Clark and freshman Pablo Aycart at the No. 3 position.

The ranked matchup between No. 30 Christian Langmo and Adria Soriano and fifth-ranked Alfredo Perez and Johannes Ingildsen at the top of the lineup was decided by a single break game, with the Gators closing out the contest at 6-4 to take the lead in the match.

Kessler then recorded his second win over Clark on the day, 6-1, 6-2 at the No. 6 singles position, to double the Gators lead. Moments later, Perez-Blanco closed out the No. 5 matchup against senior Niclas Genovese after dropping only three games as well, 6-2, 6-1.

No. 14 Andrade then wrapped up the win for the Gators by handing Jankulovski his just-sixth dual defeat of the season, 6-4, 6-4, in the No. 3 position. Despite the loss, Jankulovski finished his rookie season with a team-best 20-6 dual singles record.

No. 77 Soriano was closest to grabbing a point for the Canes as he was playing a second-set tiebreaker against No. 49 Oliver Crawford at the top of the lineup after comfortably taking the first set, 6-2.

The Canes will now switch their focus to the NCAA Doubles Championship in Winston-Salem, N.C., May 24-28, where they will be represented by Langmo and Soriano.