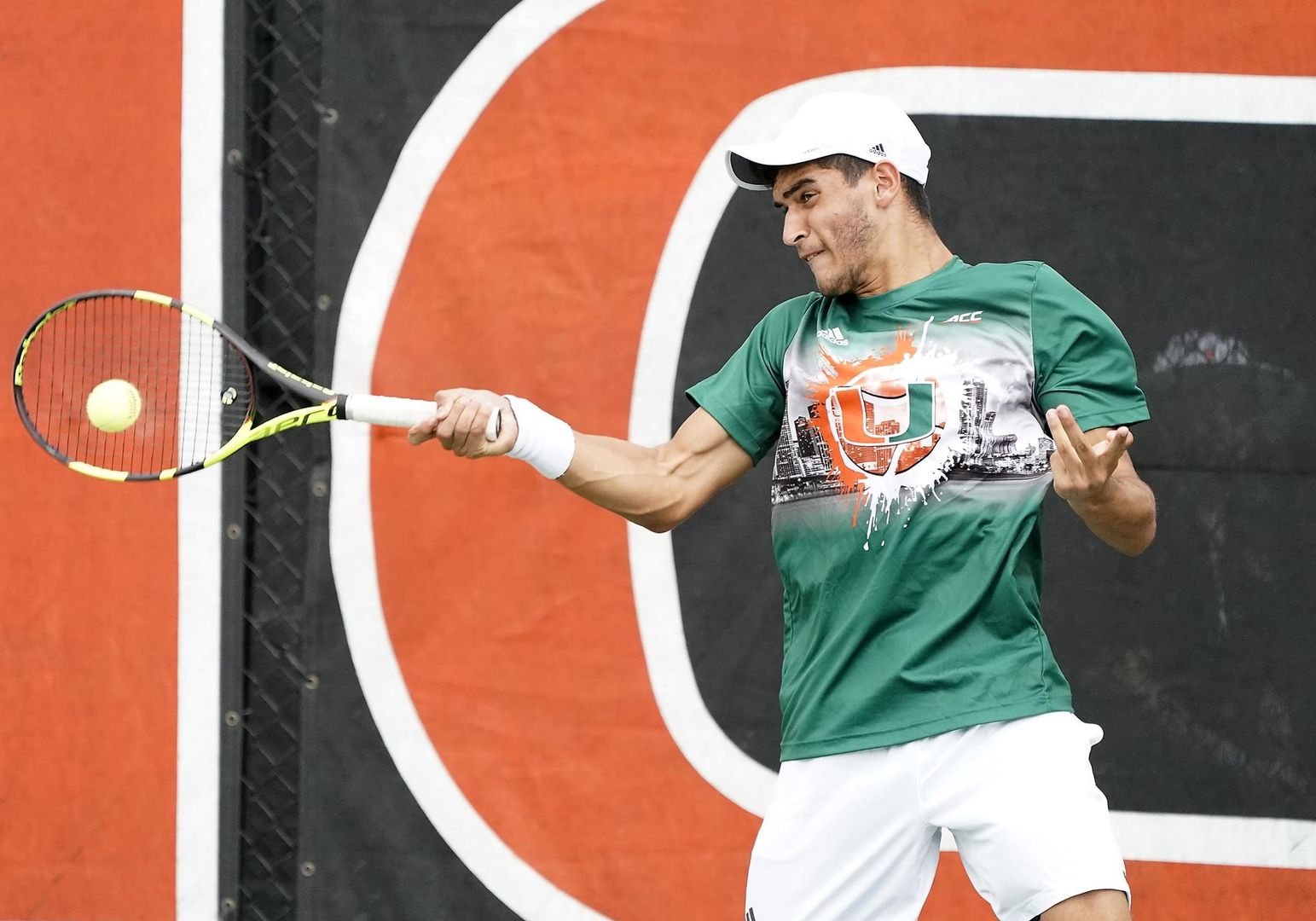 The Hurricanes (12-8, 3-5 ACC) played indoors for the first time this season and struggled to make the adjustment, while the Hokies (14-6, 5-5 ACC) improved to 10-2 at the Burrows-Burleson Tennis Center this season and 13-8 in the all-time series.

“Our guys were ready to play, we just could not adjust. It seemed like we were playing in slow motion on some of the courts,” Miami head coach Aljosa Piric said. “We need to learn from this, and have a better plan and mindset going forward, as this is not going to be the last indoor match we play this year.”

Miami led at two doubles courts early on, including a 3-0 advantage by 26th-ranked duo of senior Christian Langmo and freshman Adria Soriano, but Virginia Tech took the lead in the match. Henrik Korsgaard and Alex Ribeiro claimed the point by coming back for a 6-4 win against Langmo and Soriano.

Beforehand, Mitch Harper and Carlo Donato had downed redshirt sophomore Dane Dunlap and freshman Bojan Jankulovski, 6-3, at the No. 2 position.

On court 3, Miami’s duo of senior Nile Clark and freshman Tatsuki Shimamoto led at one point, but was held to 5-5 by Jason Kros and Abraham Asaba when doubles action was halted.

No. 68 Soriano had a promising start in singles play, winning the opening set against Kros in just seven games, but the latter came back for a 1-6, 7-6 (7-2), 10-5 victory in the longest match of the day.

Earlier in the contest, Donato clinched Virginia Tech’s fourth straight victory with a 6-2, 6-3 win against senior Niclas Genovese in the matchup at the No. 5 position.

At the bottom of the lineup, Fred Mesmer set up Donato for the clinch with a 6-3, 5-1 triumph over freshman Tatsuki Shimamoto.

Next week, the Canes will go further north, visiting Notre Dame on Friday at 3:30 p.m. and Boston College Sunday at noon.