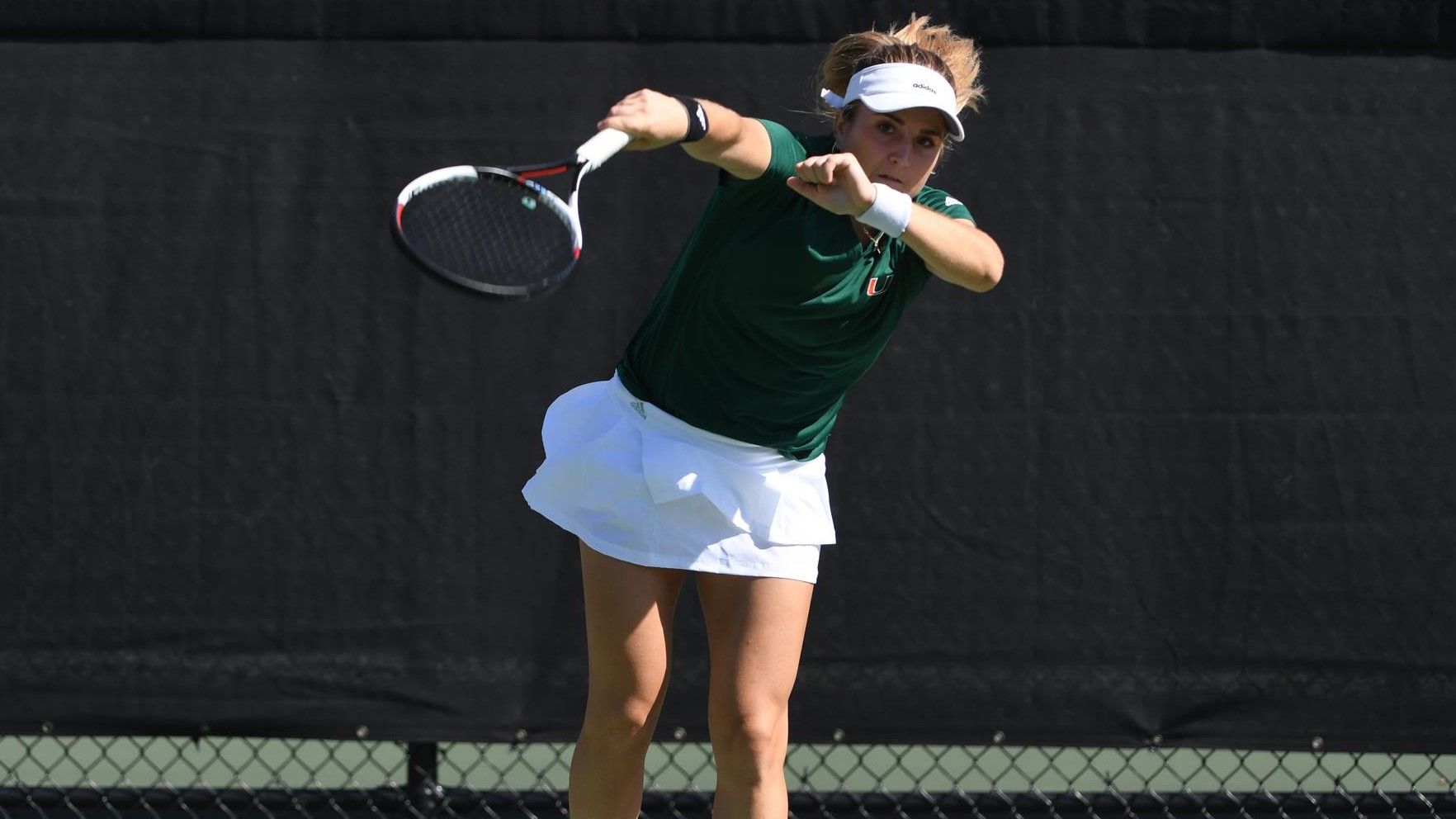 FORT MYERS, Fla. – The University of Miami women’s tennis team got back to its winning ways Saturday afternoon.

Facing Georgia State at the FGCU Tennis Complex, Miami (3-3) earned a 4-0 victory and notched its second neutral-site triumph of the season.

“We simply need to continue raising our level heading into ACC play,” Miami head coach Paige Yaroshuk-Tews said. “Today was a test on some courts where I believe we need to finish much more decisively.”

Junior Ana Madcur and sophomore Estela Perez-Somarriba, ranked No. 33, quickly pulled in the result with a 6-0 triumph over Damira Muminovic and Kristin Rehse.

The Panthers also forfeited the No. 6 doubles spot, giving Miami a 2-0 lead at the start of singles competition.

“We are still not playing and competing with the culture that has been the essence of this program for a very long time,” Yaroshuk-Tews said. “I’m hoping to see us move closer to that soon.”

For Yaroshuk-Tews, Saturday’s win was her 137th by shutout in 17 years as Miami’s head coach, including her 80th since the start of the 2009 campaign.

The Hurricanes return to action March 2 with a doubleheader at the Neil Schiff Tennis Center, as they host Pittsburgh at 10 a.m., and Florida Atlantic at 5 p.m.