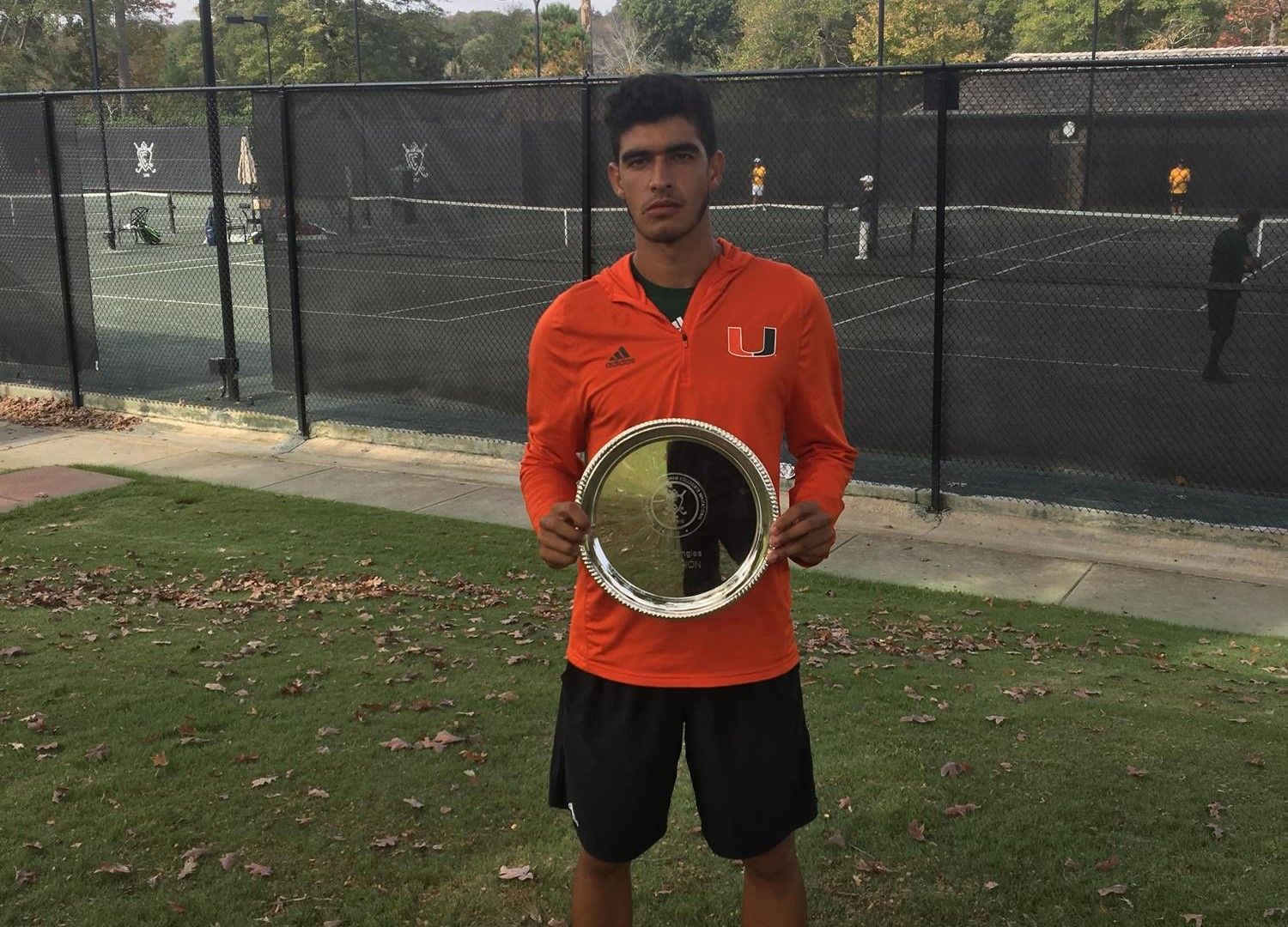 BIRMINGHAM, Ala. – Adria Soriano of the University of Miami men’s tennis team won his second collegiate title Sunday after prevailing in the White draw final of the CCB Collegiate Invitational.

The top-seeded Hurricane defeated Tennessee’s Luca Wiedenmann 6-3, 6-3 for his fourth win of the weekend, all of which were in straight sets. The freshman completed the fall season with a 9-3 singles record.

“That was a great effort by Adri, he defeated a very good player today,” said assistant coach Petar Danolic, who traveled with the team to Alabama. “He played very convincingly the entire tournament.

Bojan Jankulovski, another first-year Hurricane, also finished the fall on a high note by defeating the third seed in the Crimson draw – Tennessee’s Adam Walton – 6-2, 7-5. This was Jankulovski’s second straight consolation victory – both by the same scoreline – and third for the weekend. He placed fifth out of 16 in the Crimson bracket and completed the fall fall with a 7-5 tally. The triumph over Walton improved Miami’s weekend record over the Volunteers to 3-0.

Miami’s other finalist, freshman Tatsuki Shimamoto, fell short in the Houndstooth title match, fell short against Southern Miss’ Mikhail Esipov, 6-3, 6-4. Shimamoto, who was the seeded third in the draw, completed the weekend with a 3-1 singles record and accumulated a 4-5 this fall.

Senior Christian Langmo, who has been playing through injury this weekend, gave Jake Faundez of Samford a fight, but ultimately dropped his fall finale 6-0, 7-5. Nevertheless, he was the winningest Cane in individual play this season with a 10-6 record.

“I am very proud of this group of guys,” Danolic said. “They work hard and continue to improve each day. We are all looking toward the spring season.”

Miami men’s tennis will return a few weeks after the New Year holidays. The Hurricanes’ first contest of the spring season will be at Tulane on Jan. 19.