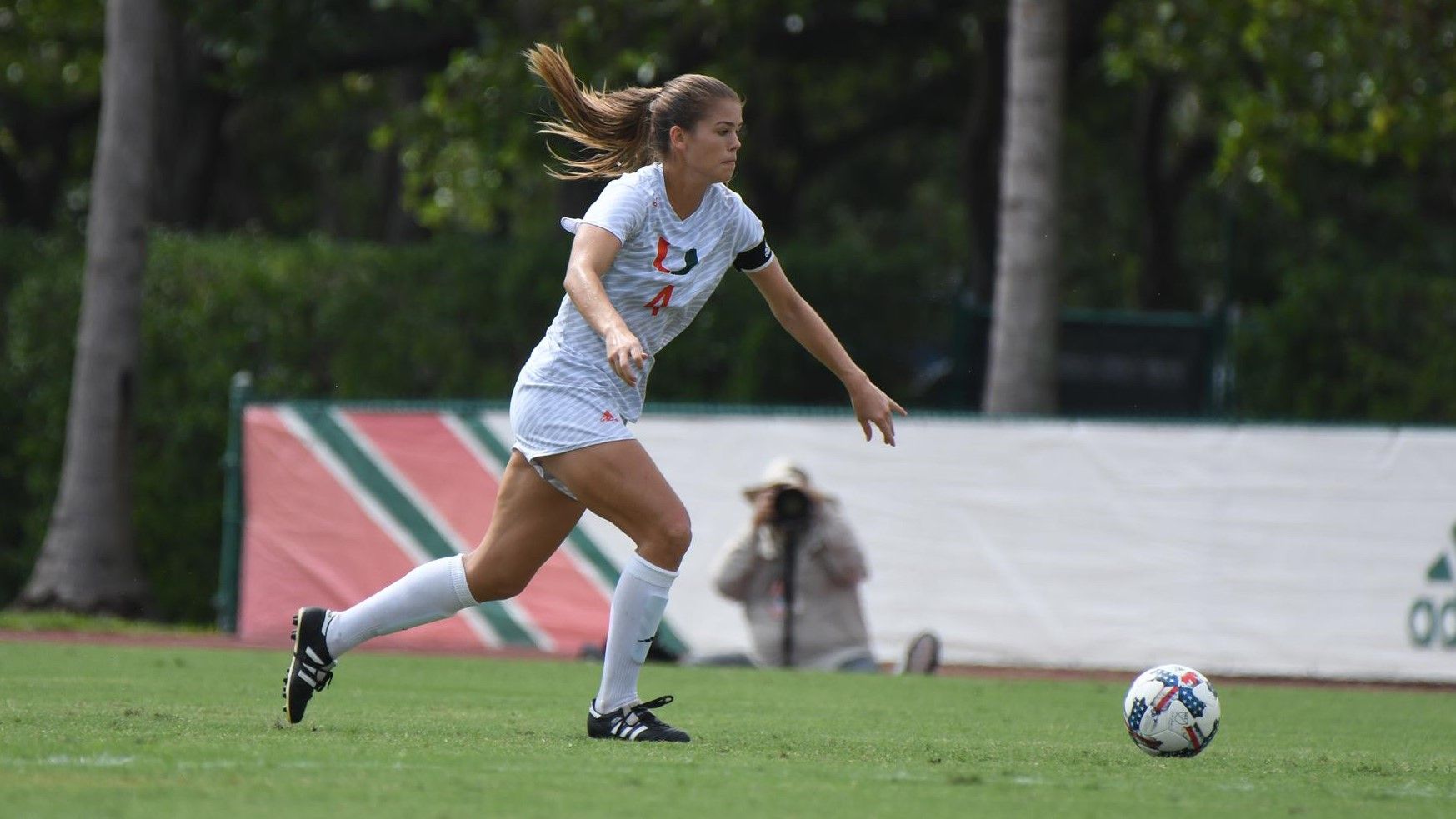 The Demon Deacons, nationally-ranked for the ninth consecutive week, tallied a pair of goals in the first 10 minutes of the second half to put the contest out of reach at W. Dennis Spry Soccer Stadium.

For seniors Ronnie Johnson, Grace Rapp, Danielle Savage and Charlsey Zyne, the match served as the final one as Hurricanes.

“It’s sad when it comes down to the game where you seniors know this is the last game of their college careers,” Miami head coach Mary-Frances Monroe said. “So, it’s a sad day for them, but we’re excited and happy about the four years that they put into the program.”

The Hurricanes had their best chance of the first half in the 29th minute when Johnson used some crafty play to get free near the top of the box, but her shot sailed just wide.

After a pass in the box from senior forward Kahla Seymour, Feist put a shot on net from close range. Miami (5-11-0, 1-9-0 ACC) redshirt goalkeeper Phallon Tullis-Joyce played it well and got her hand on the ball, but it bounced just inside the post to break the deadlock.

That would prove to be the lone goal of the first half, but the Demon Deacons doubled their edge shortly after the break.

Feist played a cross right in front of the goal and freshman forward Hannah Betfort dropped her head low enough to meet the ball and put it in the back of the net.

Redshirt freshman Estelle Laurier added another Wake Forest goal in the 55th minute, taking a pass in the box from Betfort and beating a diving Tullis-Joyce to the far post.

Miami nearly got on the board in the 62nd minute when sophomore forward Bayleigh Chaviers made a run and played an excellent cross to Johnson, whose quality header was impressively saved by senior goalkeeper Lindsay Preston.

The Hurricanes had several chances down the stretch, but were unable to capitalize and the match ended with a 3-0 final score.

For Tullis-Joyce, Thursday was the first time in 10 ACC matches this season she did not log at least five saves. Her three stops put her at 84 on the year, tied with Rachel Elsby (1998) for ninth on the Hurricanes’ single-season list.