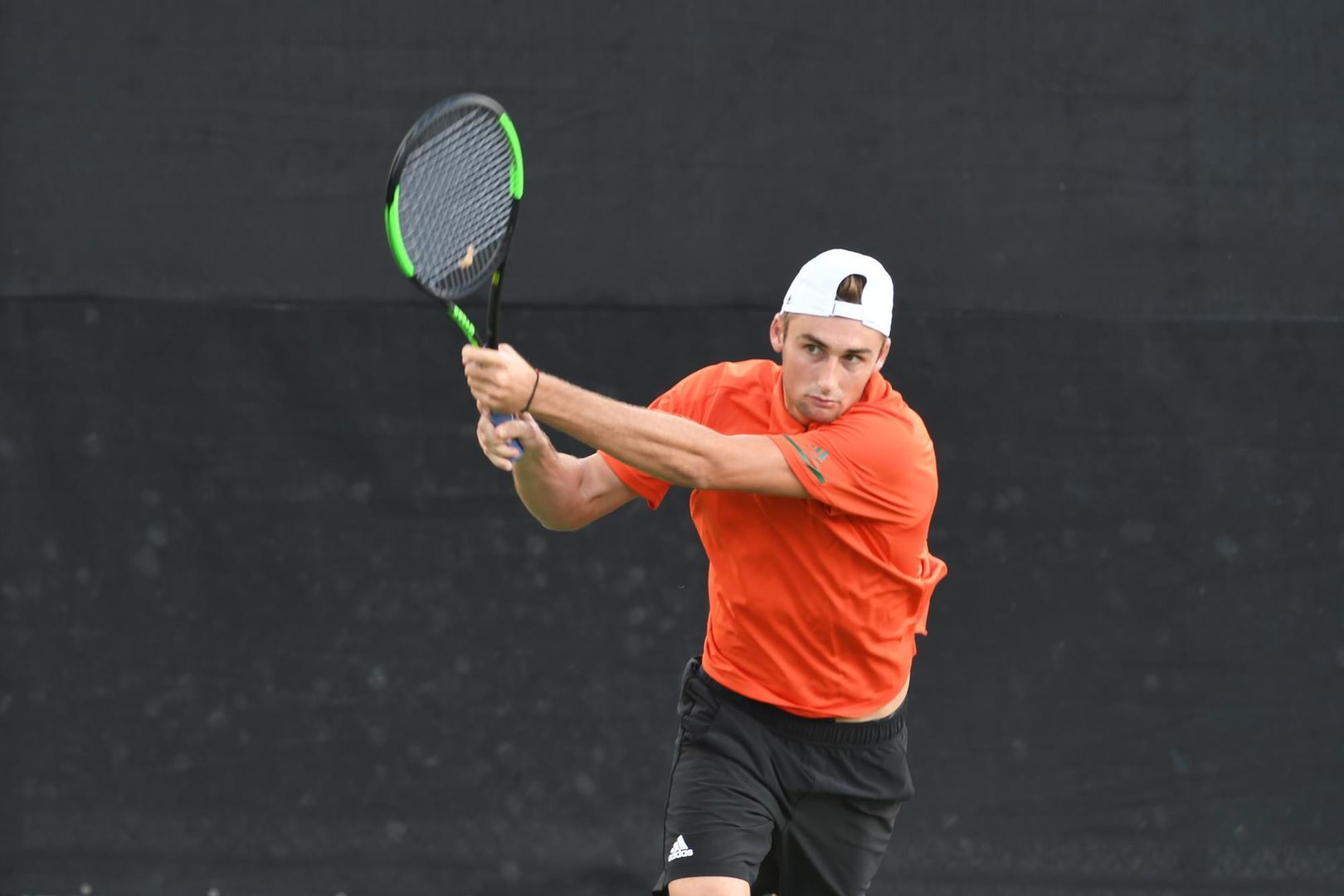 Langmo and Jankulovski Eliminated from ITAs

TULSA, Okla. – Senior Christian Langmo and freshman Bojan Jankulovski from the University of Miami men’s tennis team were eliminated in the second qualification round of the 2017 Saint Francis Health System ITA Men’s All-American Championships on Tuesday.

Langmo opened the day for the Hurricanes against Florida’s Johannes Ingildsen. The Boca Raton, Fla., native opened the day on a high note as he captured a decisive 6-2 victory in the opening set. Ingildsen quickly responded in the second and third sets, earning 6-2 and 6-3 victories to claim the match.

Langmo’s three-set defeat was his first of the fall season, dropping him to 4-1 on the year.

Later in the morning, Jankulovski looked to build on the momentum of his first collegiate victory in a matchup against Niclas Braun from Mississippi State, but the Hurricane rookie fell in straight sets, 6-3, 6-2.

“We just completed our first weekend of competition, and as a team, we competed hard and saw some good individual results,” head coach Aljosa Piric said. “Fighting hard on the court is a prerequisite for being a Miami Hurricane and I am happy that all our guys did that in the process.

Miami returns to action on Thursday, as it heads to the Bedford Cup in Tallahassee, Fla.

“We will learn from these tournaments, and will be ready to battle again this coming weekend at FSU,” Piric said.