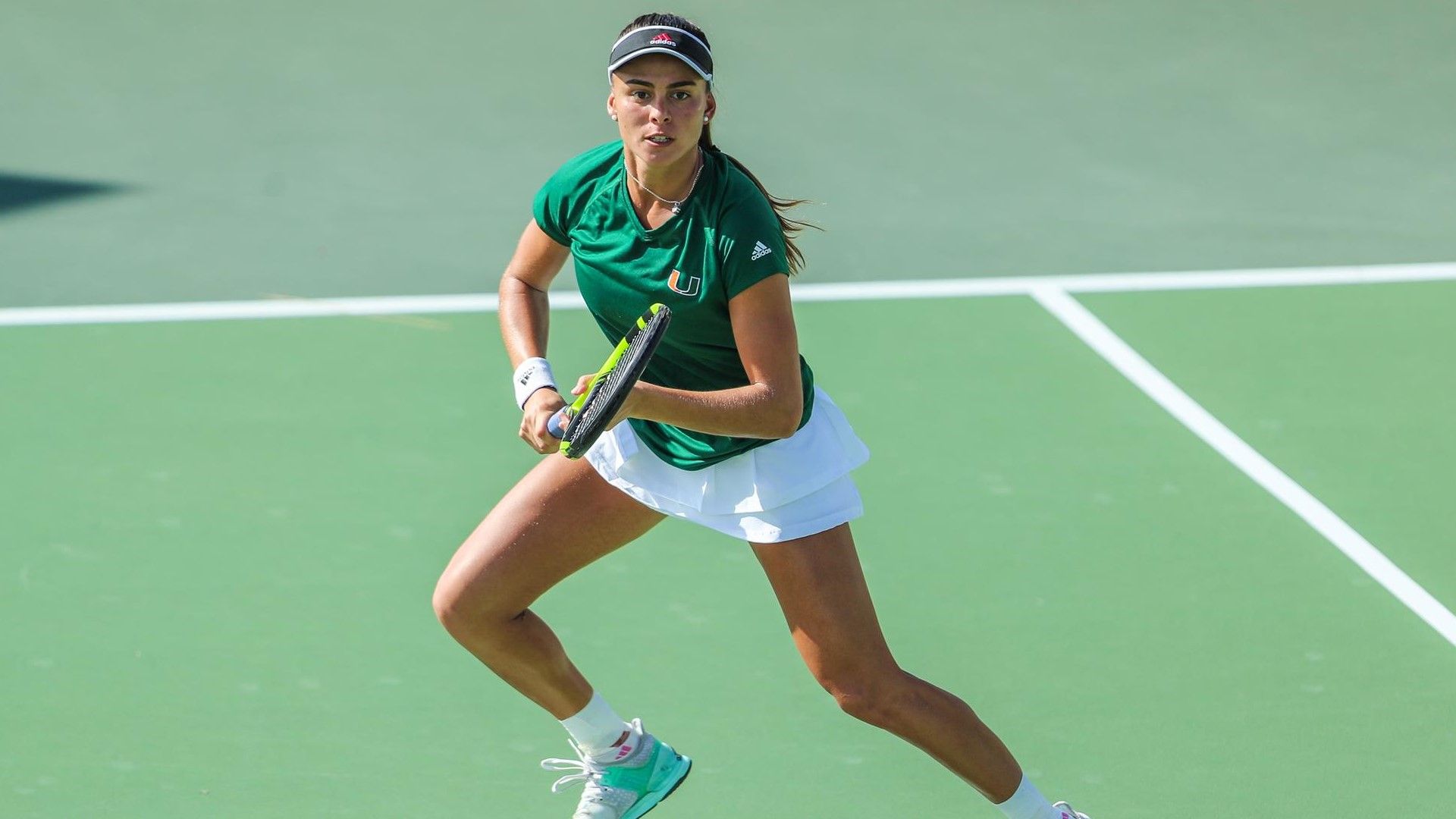 TAMPA, Fla. – Three members of the University of Miami women’s tennis team earned a spot in the finals of their respective singles flights at the Bedford Cup after their strong displays Saturday.

Senior Sinead Lohan, junior Ana Madcur and sophomore Estela Perez-Somarriba all picked up straight-set singles victories to remain on the winners’ side of the bracket and culminate a day in which Miami won eight of 10 matches, either in singles or doubles competition, at the USF Varsity Tennis Courts.

“We had a good day today,” Miami head coach Paige Yaroshuk-Tews said. “We need to continue working on toughness and playing longer points. At every level of the game, that’s where matches are won and lost.”

Lohan took care of business against UCF’s Natalia Serrano, 6-2, 6-3, and Perez- Somarriba downed North Florida’s Rafaela Gomez, 6-4, 6-3. They were initially were supposed to face each other in Sunday’s Flight 1 final. However, a compromise was made for the teammates to instead complete their weekend with contests against each other’s semifinal opponents. Regardless of the results, Miami will take home the title.

After overcoming FGCU’s Bridget Forster 6-2, 6-2, Madcur will face UCF’s Monica Matias in the finale of her flight.

Freshman Ulyana Shirokova and sophomore Sara Culbertson shook off the day one defeats and were dominant in the consolation bracket Saturday. Culbertson gave only a game to Florida Atlantic’s Jemileth Aguilar, winning 6-1, 6-0. Shirokova had to work a little harder, but still swept USF’s Nicole Dzenga, 6-1, 6-4.

The Hurricanes’ good day began early Saturday morning with doubles competition. Lohan and Madcur battled to consecutive triumphs to win the consolation their bracket. They first topped Irina Karangozishvili and Eva Nyikos of North Florida, 6-3.  The consolation final against Jessica Cortes Chaves and Evelyn Tiron of USF went to the wire, but the Miami duo dominated the tiebreaker to prevail, 7-6 (7-2).

“Doubles looked good from Madcur and Lohan, which made me happy,” Yaroshuk-Tews said.

Roldan and Shirokova earned a key break to defeat Stetson’s Brooke Milner and Lucie Renault, 6-4, and start the day with a win, but then gave up the only break in the final to fall, 5-7, to FGCU’s Julia Ascua and Madison Gallegos.

Additional information on the Bedford Cup can be found on the official USTA tournament page HERE.