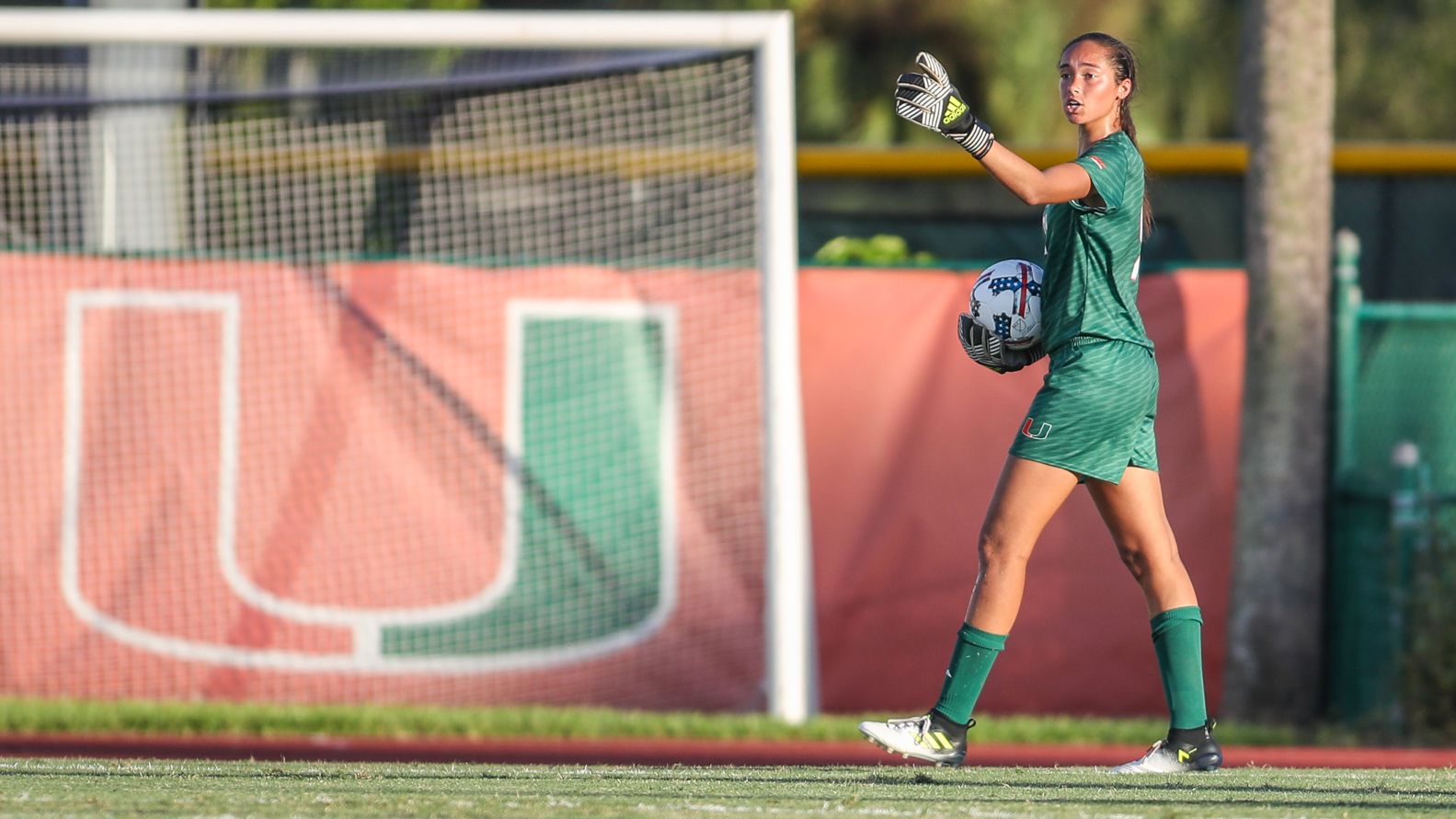 CORAL GABLES, Fla. – The University of Miami soccer team dropped a 1-0 decision to Clemson Friday night at Cobb Stadium in its first home match since Aug. 18.

Four of the Hurricanes’ five defeats this season, including each of their three in conference play, have been one-goal decisions.

“I’m really proud of the girls,” Miami head coach Mary-Frances Monroe said. “After we went down 1-0, we still fought and we were super positive. We stuck to the game plan and we had Clemson on their toes. The girls fought hard and they wanted to win. It was unfortunate that we weren’t able to get the equalizer.

“We never want to lose,” Monroe added. “I told our team after the game that we need to remember how this league is and we need to perform every time we step across that line and we did tonight.”

The Hurricanes’ home match with Clemson (7-3-1, 1-2-1 ACC) was just their second game at Cobb Stadium this season. Prior to tonight’s game, Miami had gone 41 straight days without a home game due to Hurricane Irma. The Hurricanes are 1-1 in home games this year.

“Our girls were really ready to play at home,” Monroe said. “Being away from home for so long is really tough on a team and I’m really excited about their attitudes, how hard they worked and just how plugged in they were for this game. We had an amazing crowd for tonight’s game and I think they really pumped up our team tonight.”

The Tigers continued to put the pressure on Miami, as they fired off three more shots over the course of the next 10 minutes, but the Hurricanes were up to the challenge, as redshirt junior goalkeeper Phallon Tullis-Joyce tallied a pair of saves.

Tullis-Joyce finished the night with five saves. The Shoreham, N.Y., native has tallied five or more saves in five games this season.

Miami had a few chances to find the back of the net in the first half, but was not able to capitalize.

In the second half, Miami and Clemson were tied with five shots apiece and both sides concluded the match with six shots on goal. Senior forward Ronnie Johnson led the Hurricanes with four shots on the night.

“It’s just unfortunate that we did not get three points,” Monroe said. “We’re prepared for our next home game and we’re ready to get some wins and get some points in the ACC.”

Miami returns to action on Oct. 5, as it welcomes fifth-ranked North Carolina to Cobb Stadium for a 7 p.m., match.