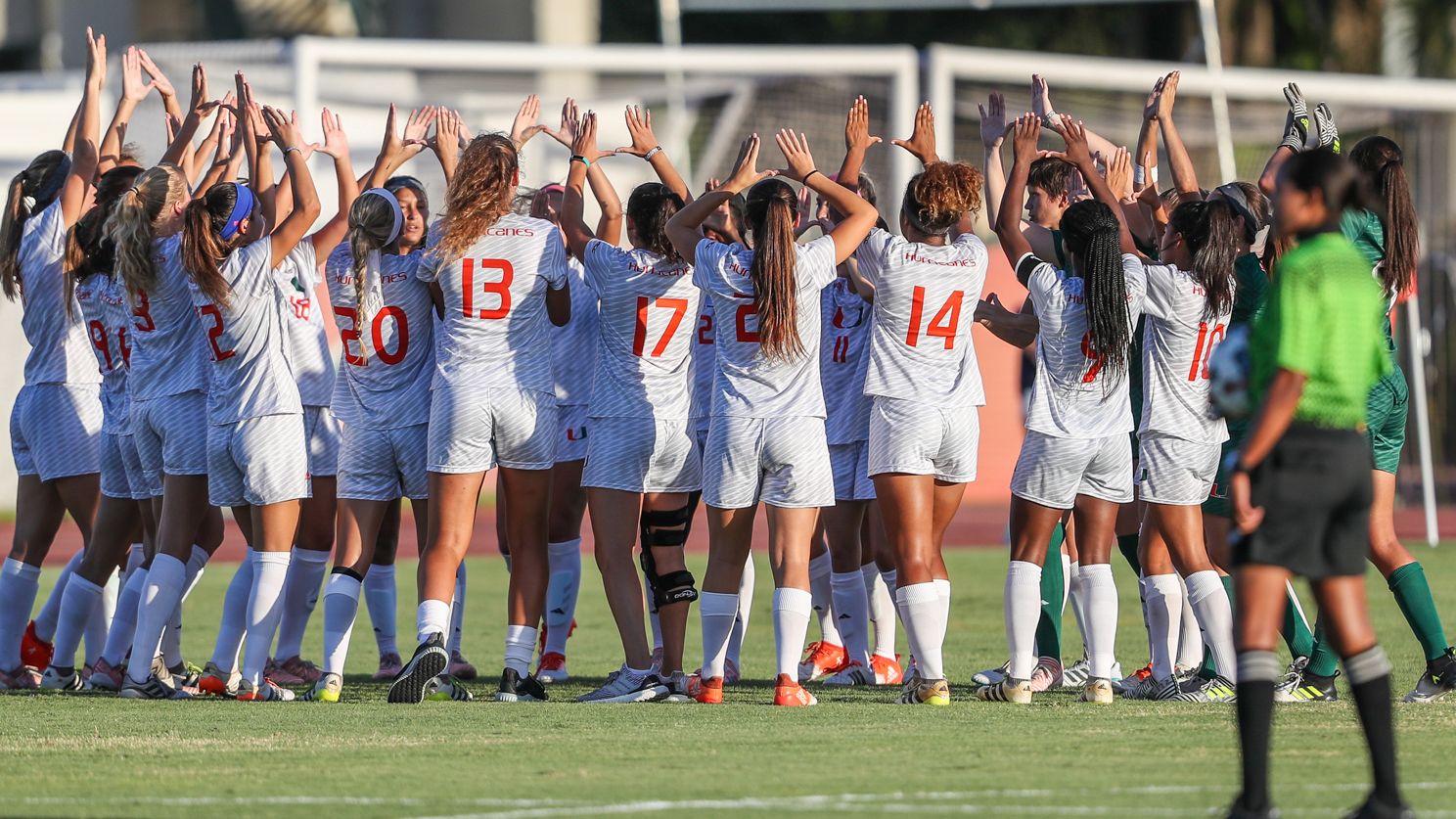 CORAL GABLES, Fla. – The University of Miami soccer team will end a stretch of 41 consecutive days without a home match Friday night.

The Hurricanes are set to host Clemson at 7 p.m., at Cobb Stadium. It will be Miami’s first home affair in six weeks, since the regular season opener against St. Francis (PA) on Aug. 18. Its next two home matchups were cancelled due to Hurricane Irma.

Miami is 7-5-2 in 14 all-time meetings against Clemson. Most recently, the teams played to a 1-1 draw in the opening round of the 2016 ACC Championship in Clemson, S.C., before the Tigers won in a shootout.

Clemson is 6-3-1 (0-2-1 ACC) on the season and is 0-3-1 over its last four matches after winning its first six contests. The Tigers are currently in the receiving votes section of the United Soccer Coaches poll, but have peaked at fourth nationally and entered the year at No. 13. Last season, they finished 16-3-4 (7-1-2 ACC) and reached the NCAA Sweet 16.

Friday night’s match will be broadcast live on ACC Network Extra HERE and live stats can be found HERE.

As is the case with all home matches, entry to Friday night’s contest is free to all fans. The first 500 students will receive Sebastian the Ibis socks at the marketing table, which will also have team posters.

After taking on the Tigers, the Hurricanes’ next match will be Oct. 5 at 7 p.m., against fifth-ranked North Carolina at Cobb Stadium.