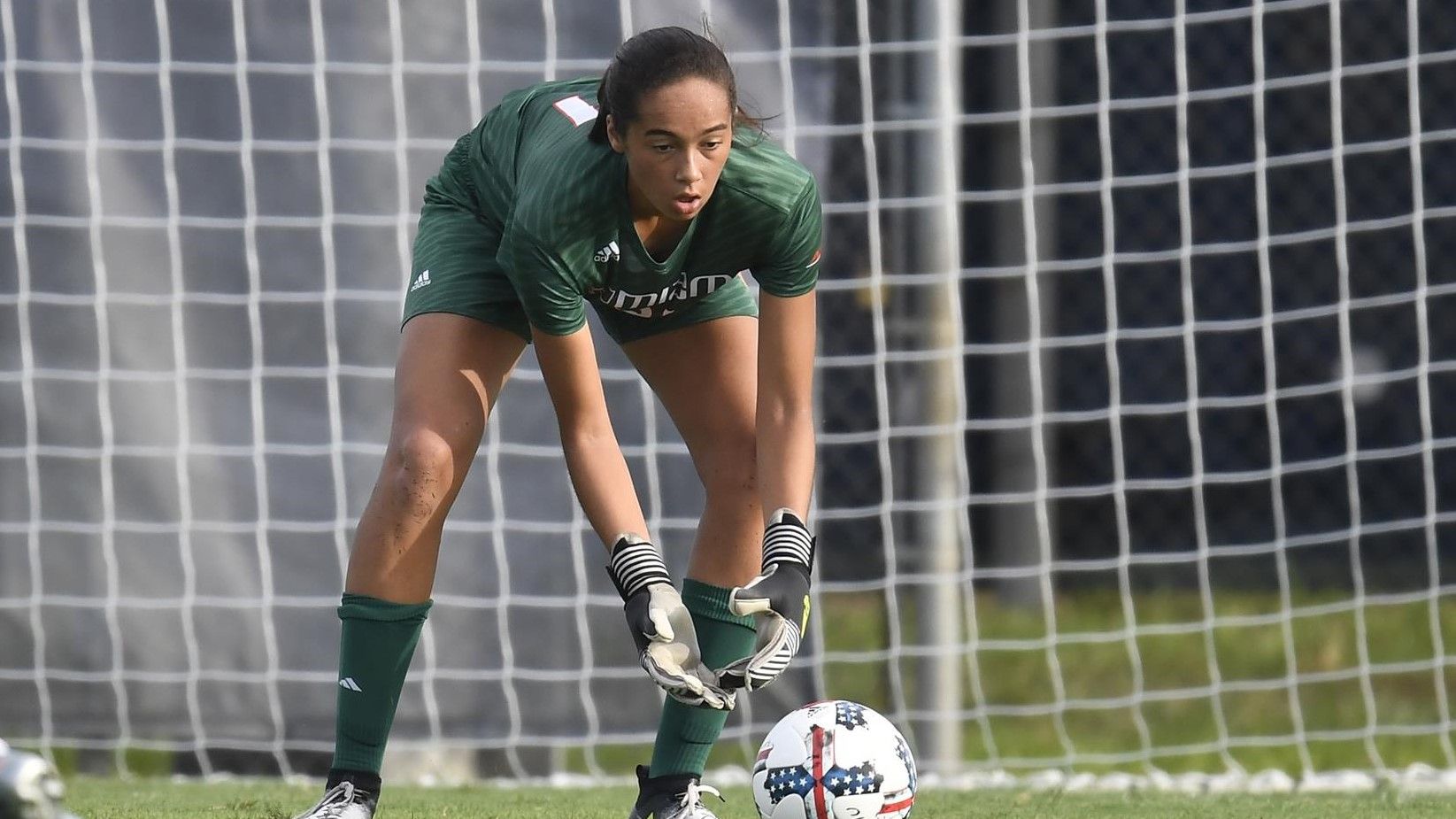 In the first University athletic event following a nearly three-week hiatus due to Hurricane Irma, Miami (4-3-0, 0-1-0 ACC) came up just short in its ACC opener at Klöckner Stadium versus its first ranked opponent of the year.

“I am so proud of this team,” Miami head coach Mary-Frances Monroe said. “They did what we prepared them to do. Phallon had some unbelievable saves to keep us in the game.”

Virginia (6-2-2, 1-0-1 ACC) had a number of chances in the early going, including one from junior midfielder Hana Kerner on a shot from about 10 yards out. Tullis-Joyce, as she was nearly all match long, proved to be up to the task, though, and kept the match scoreless.

However, just four minutes later, the Cavaliers broke the deadlock. Senior defender/forward Megan Reid crossed the ball in front of the goal from the right side and freshman midfielder Taryn Torres ran onto it, adeptly heading it into the netting.

Tullis-Joyce made a trio of superb saves in the final five minutes of the half to keep the Hurricanes within one entering the break.

Senior forward Ronnie Johnson nearly leveled the score in the 66th minute on a shot from just outside the box, but her strike missed just wide beyond the far post. The Oakville, Ont., native took two shots in the match, passing Vonda Matthews (2000-03) for fifth place on Miami’s all-time leaderboard with 132 attempts.

Tullis-Joyce logged her career-high-setting eighth save on a spectacular play in the 75th minute. The Shoreham, N.Y., native came off her line for her penultimate stop of the night and slid to knock away a dangerous attempt by sophomore forward Meghan McCool.

The Hurricanes made one last run in the waning moments of the match, but the final horn stopped the threat before it materialized.

Miami will be back in action Sunday in Louisville, Ky., when it squares off against Louisville at Dr. Mark & Cindy Lynn Stadium at 1 p.m.