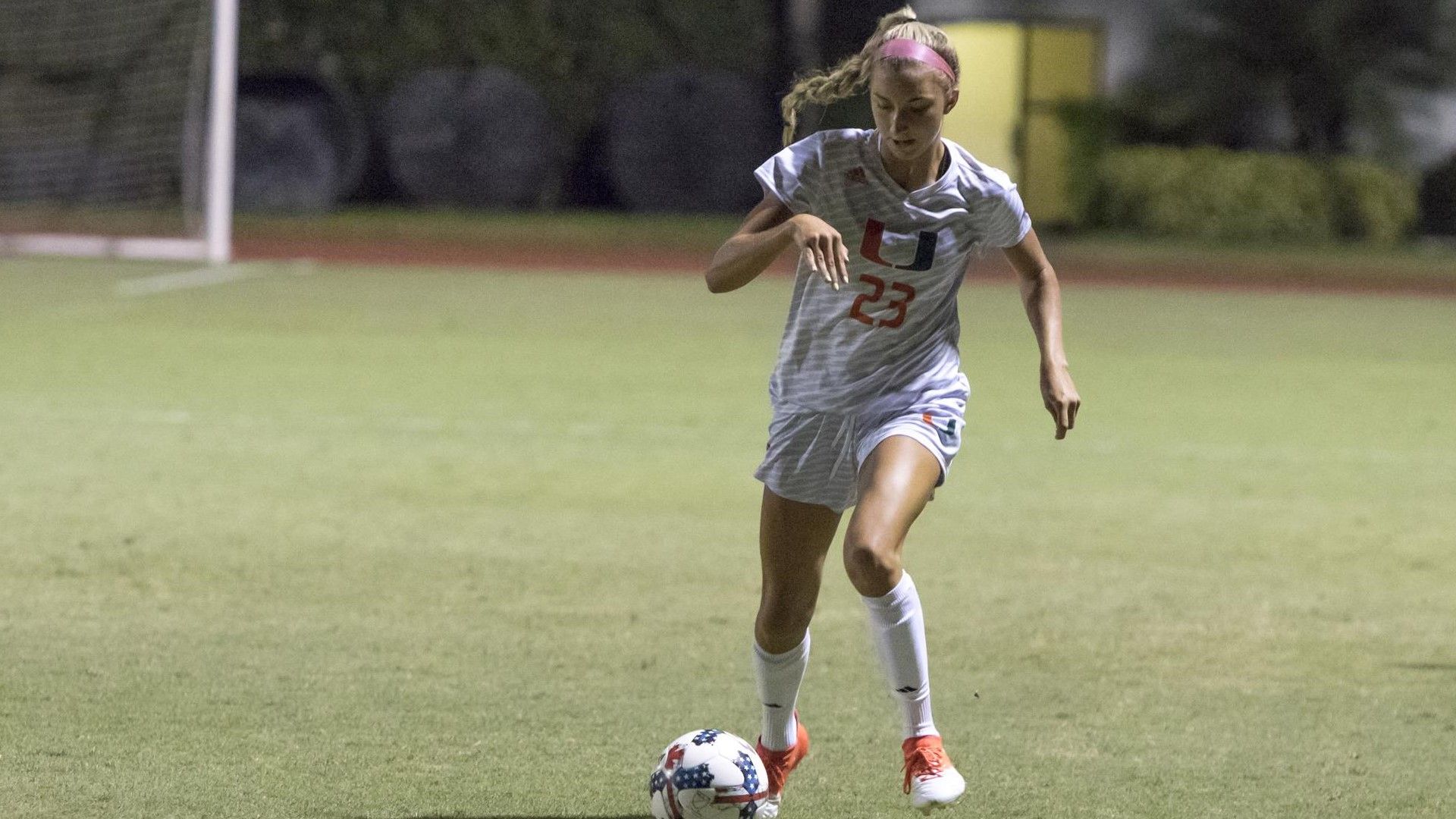 Soccer Returns to Action at No. 11 Virginia

CORAL GABLES, Fla. – Following a stretch of 17 days without a match due to Hurricane Irma, the University of Miami soccer team will be back on the field Thursday evening.

The Hurricanes are set to face No. 11 Virginia at 7 p.m., at Klöckner Stadium in Charlottesville, Va. It will serve as the ACC opener for Miami, as last week’s match at Syracuse was postponed.

Fifth-year head coach Mary-Frances Monroe’s team will be taking the field for the first time since a 3-1 win at Quinnipiac on Sept. 3. The Hurricanes’ final two non-conference matches were cancelled prior to the Syracuse postponement.

Miami, entering conference play at 4-2-0, will be playing its sixth consecutive road match. The Hurricanes have outscored their opponents by a margin of 13-4 in all matches thus far in 2017.

Senior forward Ronnie Johnson leads the ACC in shots per game (6.17) and is tied for third in goals per game (0.67). Sophomore midfielder Kristina Fisher paces the conference in assists per game (0.83).

In addition, redshirt junior goalkeeper is in the top five of several ACC stat categories, including placing second in shutouts per game (0.50) and fourth in both save percentage (.826) and saves per game (3.17).

Thursday’s matchup will be broadcast live on ACC Network Extra HERE and live stats for the contest can be found HERE.

After their meeting with the Cavaliers, the Hurricanes will travel to Louisville, Ky., where they are set to square off against Louisville Sunday at 1 p.m.