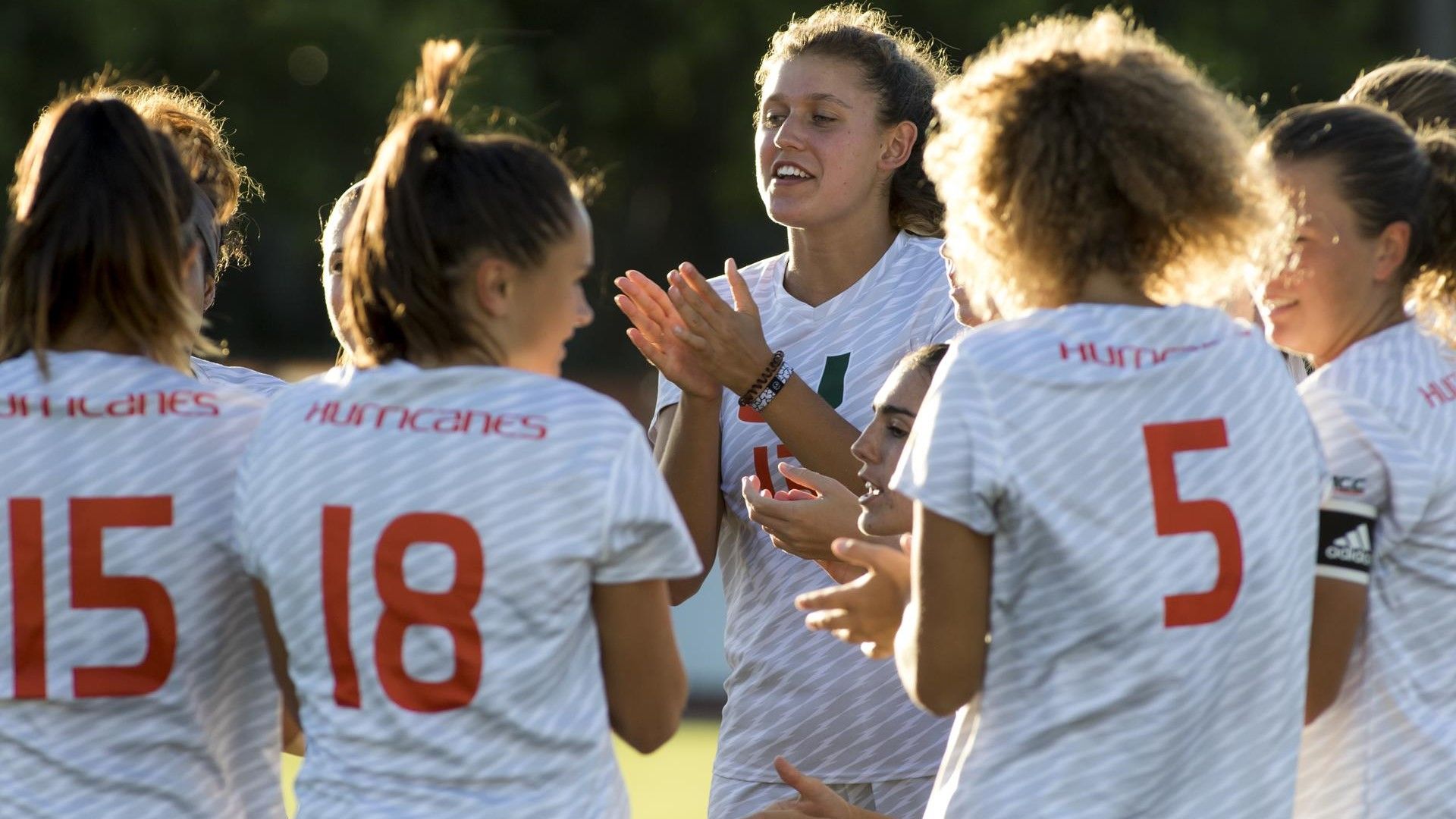 CORAL GABLES, Fla. – Coming off a shutout win in its season opener, the University of Miami soccer team will play its first of five consecutive road matches Sunday night.

The Hurricanes will make the short nine-mile trip across town to Miami, where they will take on FIU at 6 p.m., at FIU Soccer Stadium. It is the first time the Hurricanes face FIU on the road since a 3-1 win on Oct. 17, 2007.

This will be the 13th all-time meeting between the two sides, with Miami holding a 7-4-1 series edge, including a 5-1-1 mark since 2002. The Hurricanes have conceded multiple goals to the Panthers just three times and have held FIU scoreless on four occasions.

Miami earned an impressive 6-0 triumph over St. Francis (PA) Friday evening in the first match of the season. Five Hurricanes combined for the half-dozen tallies, with senior forward Ronnie Johnson notching a brace.

In addition, the Hurricanes held the Red Flash without a shot on goal, the first time they have done so in a match since Sept. 5, 2008 in a 3-0 victory at Arkansas-Little Rock.

The Miami-Dade County showdown will streamed live on FIUSports.com and can be found HERE, while live stats for the action are available HERE.

Following their contest against the Panthers, the Hurricanes travel to Ohio for a pair of matches, the first of which comes Aug. 25 at 4 p.m., against Miami (Ohio).