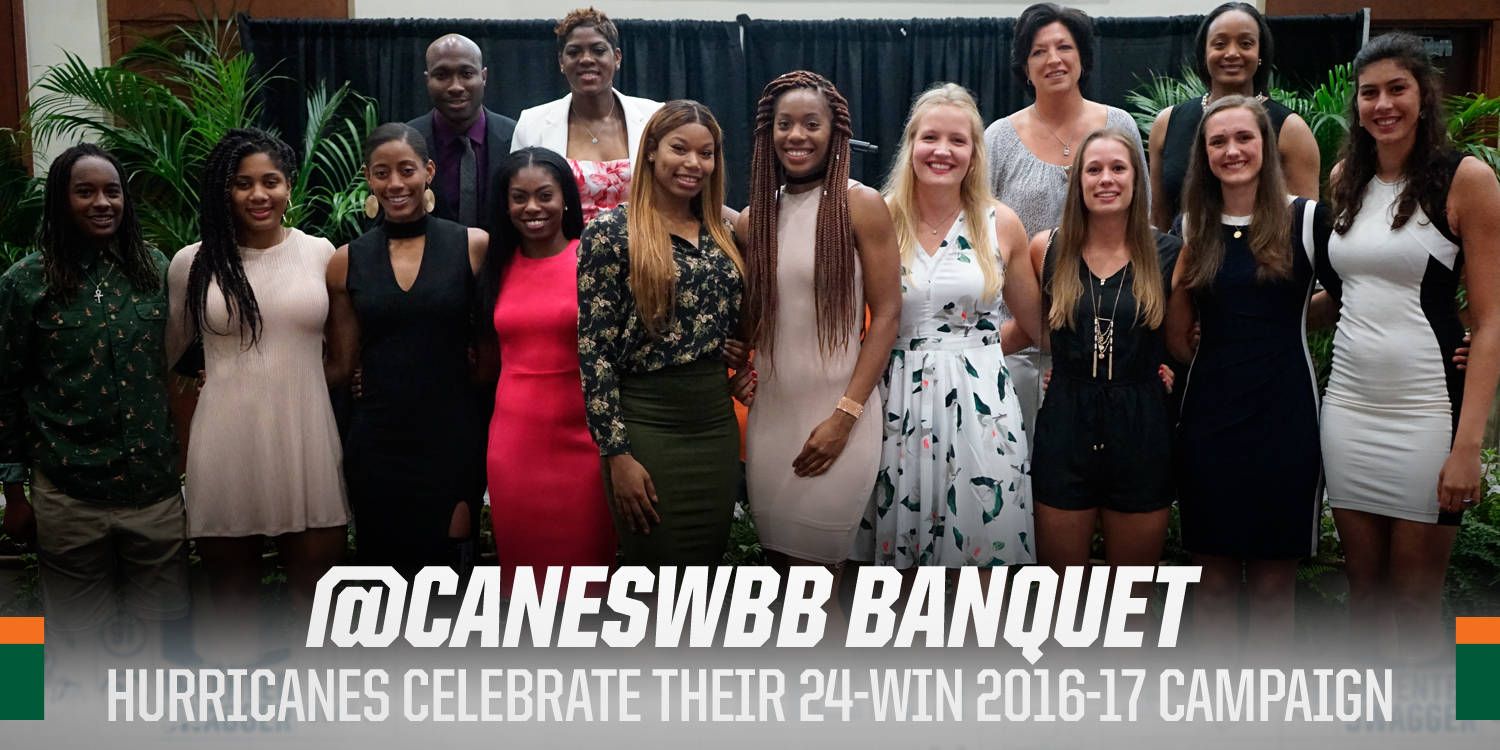 Players, coaches, support staff and faithful fans were all on hand to celebrate a fantastic season that saw the Hurricanes finish with a 24-9 (10-6 ACC) record. Miami made the postseason for the eighth year in a row, reached the second round of the NCAA Tournament and made the semifinals of the ACC Tournament.

Sarah Mortensen, a freshman guard/forward from Copenhagen, Denmark, was recognized with the team’s Academic Award.

Adrienne Motley, a senior guard from Newport News, Va., was named the team’s Co-Most Valuable Player for the fourth season in a row, sharing the honor with Thomas, who collected the accolade for the first time.

The Hurricanes will welcome back several key players in 2017-18, as well as bring in a top-20 recruiting class to Coral Gables.