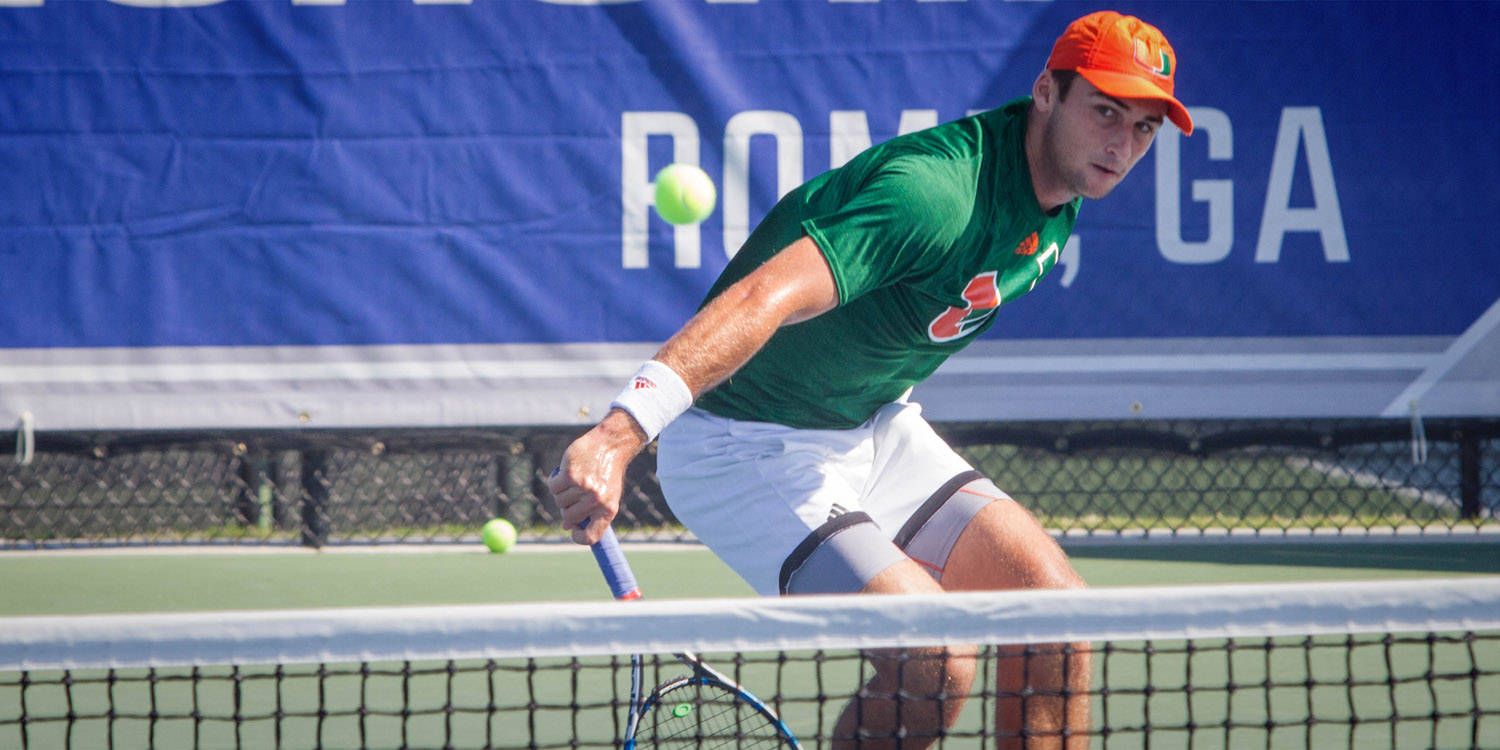 Canes Fall in Second Round of ACC Championship

ROME, Ga. – Following a two and a half hour rain delay, the University of Miami men’s tennis team came up short against No. 34 Duke University, 4-1, Thursday, in the second round of the ACC Championship.

“We fought hard today. We put ourselves in a position where the match could have gone either way, but in the end credit goes to Duke,” said head coach Aljosa Piric.

Holding the one-point advantage, the Hurricanes turned to singles play.

No. 64 Lomacki dropped the opening set against No. 84 Furman before withdrawing from the match.

Following the clinching of the match play was halted with the Canes looking to close out a pair of singles victories on courts two and three.

After opening the match with a first-set victory, 7-6, Andrews was even with Levin in the second set 4-4 at the stoppage of play.

The 12th-seeded Hurricanes end the season 8-13 overall with a 2-9 mark in the ACC. Miami defeated Boston College in the opening round of the ACC tournament to win its first tournament match since 2010, and finished 7-6 at home.

Lomacki led the way for the Canes with a 12-9 singles mark, all at the No. 1 position, while he teamed up with Clark to finish 11-3 on the season in doubles play.

Andrews and Flores teamed up to finish 8-8 as a tandem, all at the top spot, most notably taking down the nation’s top-ranked doubles team Skander Mansouri and Christian Seraphim of Wake Forest. The pair also took down Notre Dame’s Josh Hagar and Eddy Covalschi, then-No. 24, and Minnesota’s Matic Spec and Felix Corwin, then-No. 39, to earn three victories against opponents ranked in the ITA doubles polls.

“This was a tough year, lots of ups and downs,” said Piric. “We will build on what we have learned; we will get tougher and we will be better.”