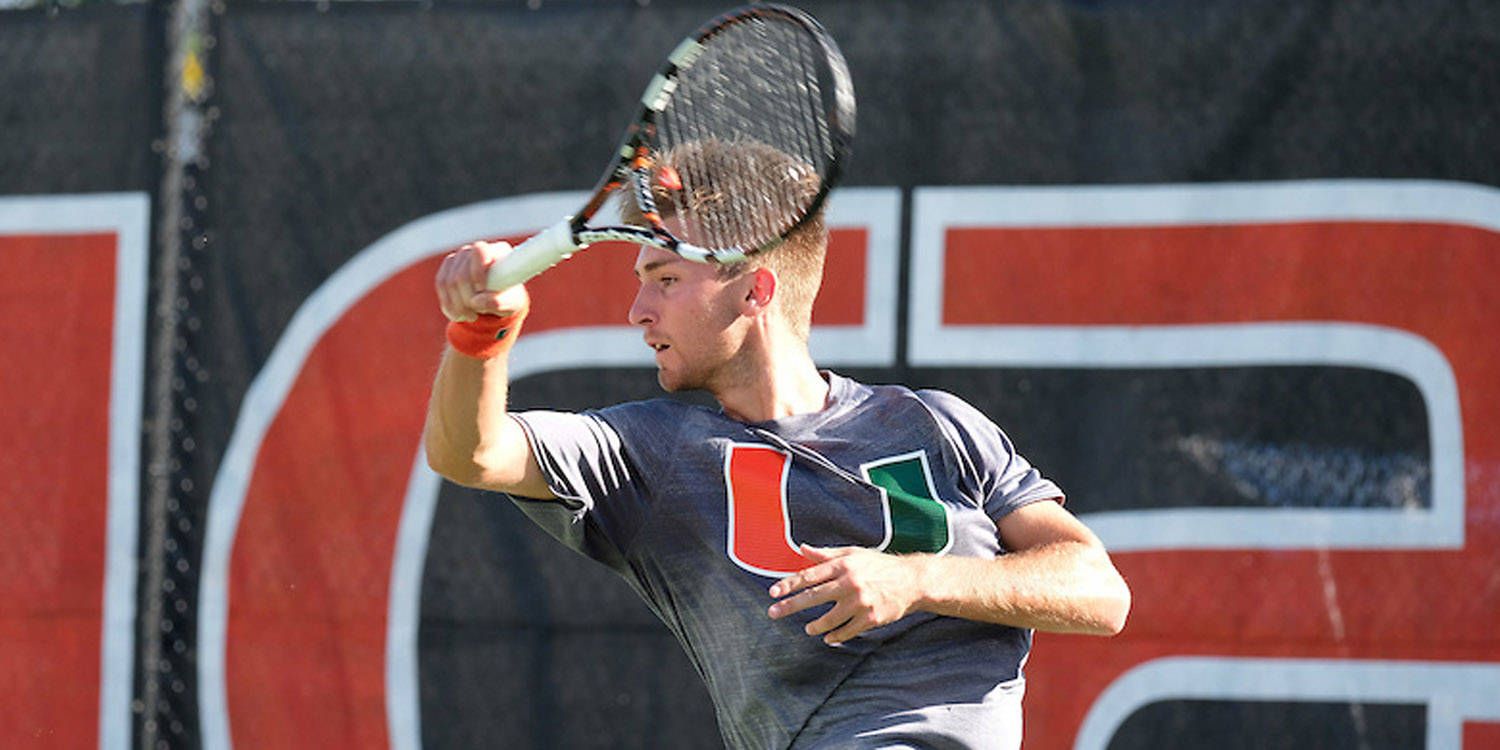 Miami Falls on the Road Against No. 46 Duke

DURHAM, N.C. – The University of Miami men’s tennis team fell on the road, 6-1, against No. 46 Duke University Saturday at the Ambler Tennis Stadium.

The Blue Devils then clinched the doubles point when No. 61 Nick Stachowiak and Spencer Furman topped seniors Max Andrews and Jesse Flores, 6-4.

Play continued on courts one, three and six, as Dunlap dropped his match against Dickerson, 3-6, 2-6, before Andrews fell to Robert Levine, 4-6, 4-6.

In the final match to conclude, No. 46 Lomacki found himself in another top-100 singles battle, this time facing off against No. 89 Furman.

In a back and forth opening set the Blue Devil earned the early advantage after winning the tiebreaker, 7-6 (7-3).

The native of Warsaw, Poland, however, rallied back with a dominant second set, 6-1, taking the opening five games on his way to forcing the third set tiebreaker.

The junior continued to hold the advantage jumping out to a 9-3 lead in the tiebreaker, ultimately taking the match, 6-7 (3-7), 6-1, 1-0 (10-7). With the win, Lomacki earned his 11th victory of the spring and his fifth over an opponent ranked in the ITA singles polls.

Next weekend Miami (8-11, 2-8 ACC) will return home to the Neil Schiff Tennis Center as it concludes the 2017 regular season against No. 3 Virginia and Virginia Tech. The Canes will open the weekend April 21 at 3 p.m., as they welcome the defending national champions to Coral Gables. Miami will then wrap up the regular season when it faces Virginia Tech April 23 at 12 p.m., as the team celebrates senior day.