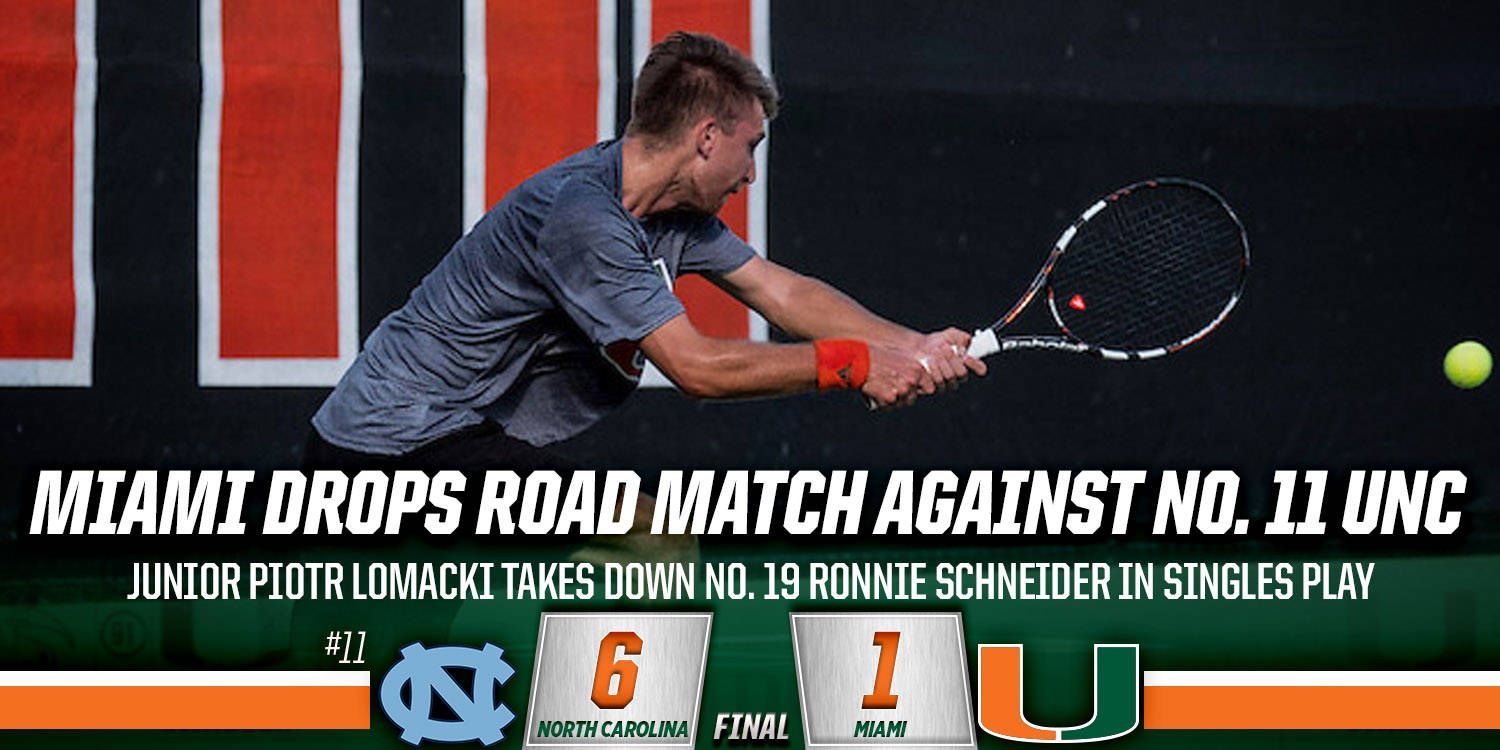 @CanesMensTennis Falls to No. 11 UNC

CHAPEL HILL, N.C. – The University of Miami men’s tennis team fell on the road, 6-1, against No. 11 University of North Carolina Friday at the Cone-Kenfield Tennis Center.

“I was happy with our fight against a really good UNC team,” head coach Aljosa Piric said. “We were at match point in doubles play, [junior] Piotr [Lomacki] beat a top-20 player in the ITA singles rankings and we had great opportunities at several other spots in the lineup. We have to continue to believe that we will make a breakthrough soon. We will have another opportunity against Wake Forest on Sunday.”

Moments later, juniors Piotr Lomacki and Nile Clark took down Jack Murray and Simon Soendergaard, 6-3. With the victory, the duo improved to 9-1 as a tandem this spring.

Play continued on courts one, two and four, as Flores dropped a back-and-forth match against Soendergaard, 5-7. 4-6.

In a battle against No. 19 Schneider, No. 73 Lomacki came out on top winning his eighth single match of the spring season, 7-5, 6-4. This marked the second straight year, the Native of Poland came out on top in both singles and doubles play, against the Tar Heels.