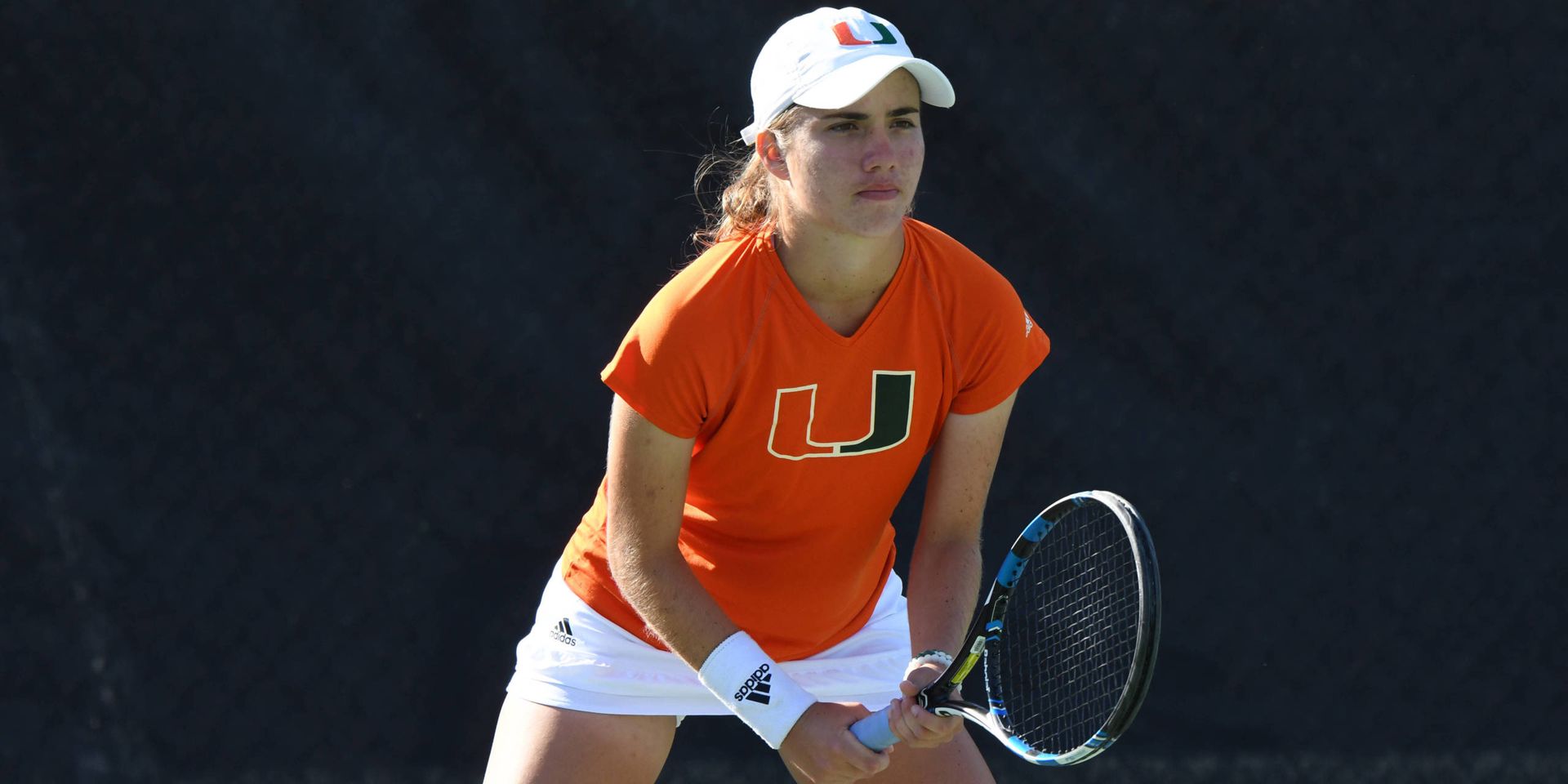 @CanesWTennis Falls at No. 26 Notre Dame

No. 37 Miami came up short in the doubles point, but then won four opening sets in singles, yet was unable to fight all the way back at the Eck Tennis Pavilion. The Hurricanes also were without junior Sinead Lohan, the No. 11-ranked singles player in the nation, for the second match in a row.

“It’s tough to win matches when you’re in the position we’re in [with injuries]. It’s tough to find four points,” Miami head coach Paige Yaroshuk-Tews said. “. . . I was proud of the fight. I think the fight today was a whole lot better than it was a couple days ago. So, we can’t hang our heads. We’ve just got to keep moving forward.”

Notre Dame (15-3, 6-2 ACC) got off to a fast start in doubles and earned the point by taking both completed matches.

Culbertson registered the first dual match victory of her career with a 7-5, 6-2 triumph over Fennelly to give Miami (4-9, 3-5 ACC) its opening point.

“Sara just went out and competed,” Yaroshuk-Tews said. “She played the type of tennis that she knows how to play and we’ve talking about how if she does that, she can be successful. It was good to see that was coachable, she listened, she did what we asked her to do and then she got the result she wanted.”

The final two matches were both played out before competition concluded. Robinson notched a victory against No. 33 Perez-Somarriba, 4-6, 7-5, 6-2.

Fuentes concluded the day by earning a tough, three-set win versus Spence, 6-3, 4-6, 6-4, to give Miami its second point.

“I think Estela and Ana fought hard,” Yaroshuk-Tews said. “Silvia played a great match [and did so against] a top American freshman.

Up next for the Hurricanes is a non-conference road match at Florida Atlantic Friday at noon in nearby Boca Raton, Fla.