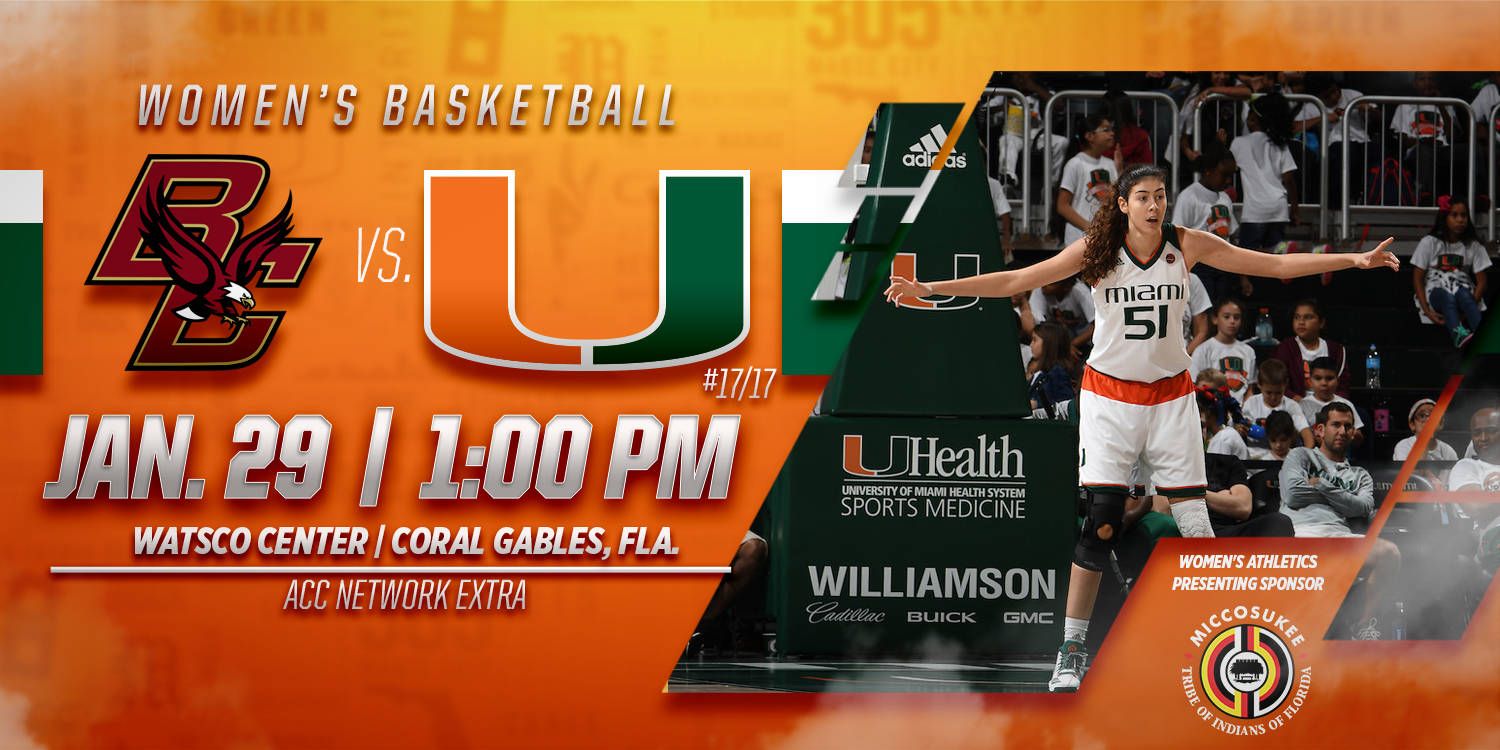 The Hurricanes are 25-17 all-time against Boston College, good for their third-most wins against any opponent. Miami has won eight of the past nine meetings, including five in a row at home. In the most recent matchup, the Hurricanes notched a 67-62 road victory on Feb. 4, 2016.

Miami is coming off a 100-88 win over North Carolina Thursday night. The Hurricanes reached the century mark for the first time since Dec. 16, 2011 and became the first team to score 100 points in an ACC game this season.

Sunday afternoon’s matchup will be broadcast live on ACC Network Extra HERE, as well as carried live on WVUM 90.5 FM HERE. Live stats for the game can be found HERE.

The first 500 fans in attendance at the game will receive a Miami throwback t-shirt. Additionally, Sunday is Girl Scouts Cookie Palooza, for which more information and registration can be found on the Hurricanes Special Events page HERE.

There will be a chalk talk for season ticket holders in the Hurricane 100 Room at 11:45 a.m. Team posters and schedule cards will be available at the marketing table by the main entrance.

After taking on the Eagles, the Hurricanes will go on the road to Winston-Salem, N.C., where they will face Wake Forest Feb. 2 at 7 p.m.