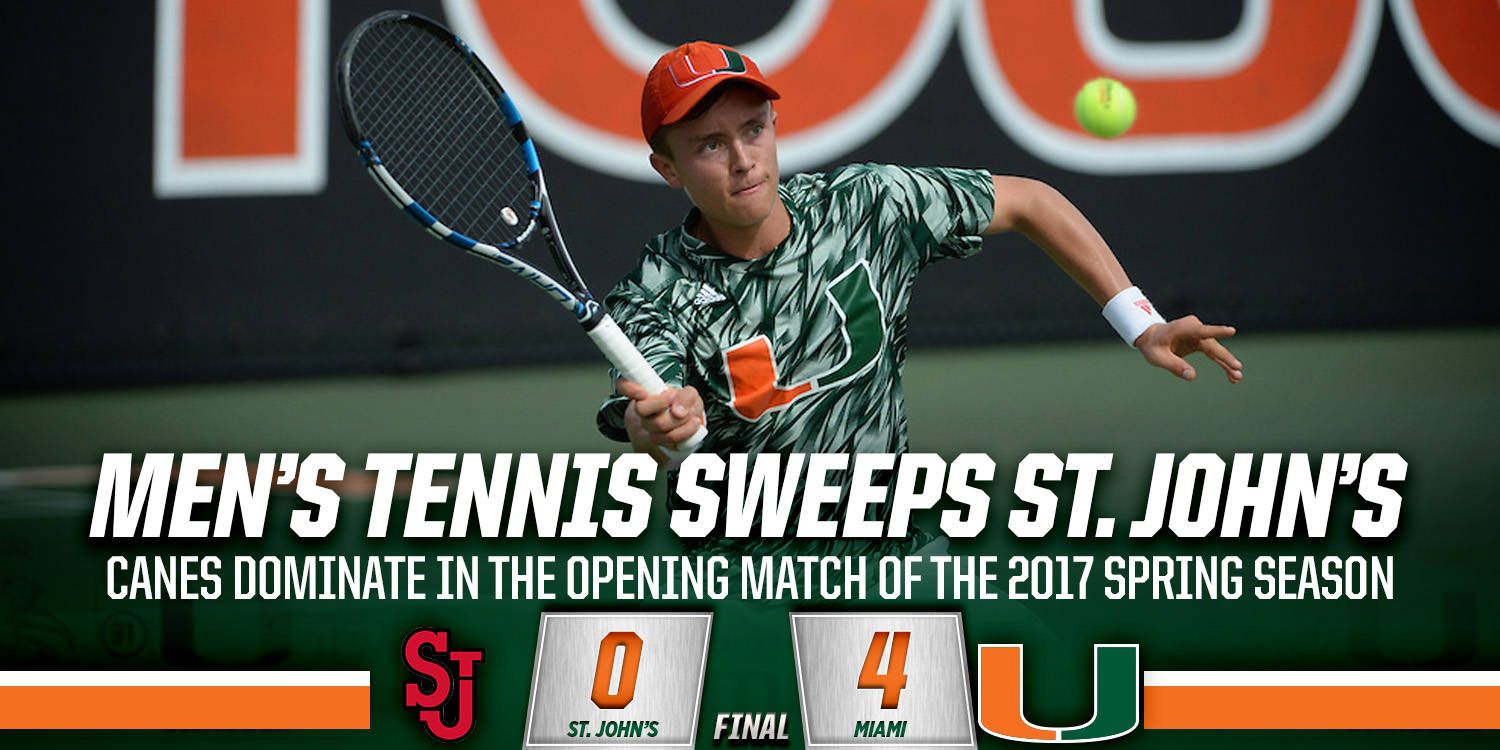 At No. 1, No. 22 Max Andrews and Piotr Lomacki were leading their match, 4-3, over Roberto Livi and Alan Nunez-Aguilera before it was left unfinished

“In singles play, we had a lot of good first sets. Piotr came back from being down 5-3, to win the first set, 7-5. We had Dane and Kevin give us a couple quick points, down at five and six, and obviously Christian closed it out with a pretty good win at the two,” Piric said. “Overall it was a good day with a lot of positives, but we still have a lot of room to grow and improve and that is what we are going to keep doing for the rest of the year.”

At No. 6, Dunlap earned his first-career dual match victory and the second point of the match for UM with a straight-set victory over Adolfo Blanco, 6-3, 6-2.

At No. 5 and celebrating his birthday, Bondar took down Ognjen Trejgut, 6-4, 6-3, to give the Canes a 3-0 lead with four matches left in play.

Langmo sealed the first victory of the season, delivering a strong performance against Alan Nunez-Aguilera winning both sets, 6-2, 6-3.

The trio of No. 86 Lomacki, Flores and Andrews did not complete their matches following the clinching of the match by Langmo.

Miami will return to the Neil Schiff Center Sunday at 2 p.m., against the University of North Florida, before taking a two-week break prior to facing Troy University on Saturday, Feb. 4 at 12 p.m.

“We know North Florida is a really good team, a veteran team. They have many seniors there who are good veteran players and we are certainly going to be in for a fight there,” Piric stated. “And, again, if we come back and are ready to play and face the adversity and embrace the adversity we can be really good and the result can be positive for us.”