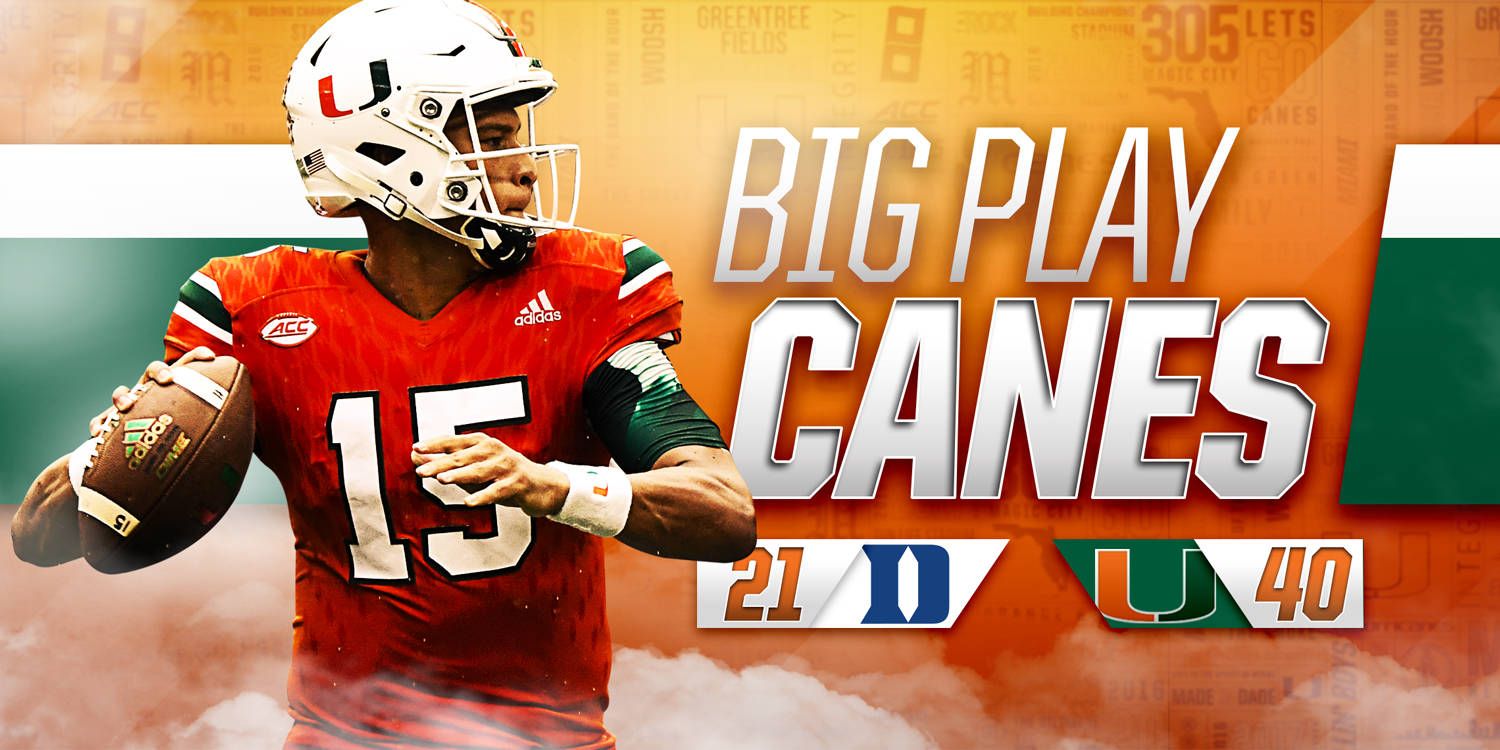 MIAMI GARDENS, Fla. — The next chapter of the University of Miami’s “Quarterback U” legacy was written Saturday in a 40-21 win over Duke at Hard Rock Stadium.

With 396 yards in the regular season finale for both teams, junior quarterback Brad Kaaya moved past Miami legend Ken Dorsey as the school’s all-time passing leader in just his 37th career start.

Kaaya, who finished 22-for-35 with a career high-tying four touchdowns on the afternoon, helped extend Miami’s winning streak to four straight games with one of the best performances of his career.

In need of 276 yards to reach the record Saturday, the milestone came in reach when Kaaya hit a streaking David Njoku for a 76-yard touchdown with 8:30 remaining in the third quarter, bringing him to 193 on the day.

On the team’s next drive, Kaaya put on a passing clinic, hitting senior Stacy Coley and junior Braxton Berrios in stride on passes of 33 and 38 yards, respectively, before completing a 3-yard touchdown pass to Coley.

The record was broken on the next UM drive on a 42-yard pass to Coley with 1:37 left in the quarter. Kaaya was greeted with a thunderous round of applause when his record was announced to the 57,396 fans in attendance.

Kaaya would add a second long touchdown pass to Njoku – this one 58 yards and showcasing the tight end’s athleticism – with 6:54 remaining in the game to seal the victory and a gaudy yardage total just nine yards shy of his career high.

But his favorite target Saturday was Coley, who tied a career mark with nine catches and totaled 118 yards. Coley, one of 18 student-athletes to be honored in pregame Senior Day ceremonies, was seemingly un-guardable against a Duke team decimated by injuries.

Kaaya has a chance to add to his record in Miami’s to-be-determined bowl game.

Miami’s offense piled up 568 yards, and outgained the Blue Devils 355-186 in a decisive second half.

After surrendering touchdowns on the first two Duke drives, the Hurricanes defense held the Blue Devils offense scoreless for a stretch of 42:13 until a fourth-quarter touchdown with 2:41 remaining, when the game’s outcome had long since been decided.

Jamal Carter, Sr., and Rayshawn Jenkins, another pair of seniors recognized during pregame festivities, combined for 23 tackles. Carter, Sr., led the way with 13.

There were four lead changes in a back-and-forth first half, with Miami taking a 16-14 advantage heading into the locker room after two quarters.

Points were scored on the game’s first five drives, and the first punt of the afternoon for either team didn’t come until a Duke 34-yarder with less than nine minutes remaining in the half.

The two teams combined for 422 total yards in the first half, with Miami holding a slight 213-209 lead.

Leading 14-13 and facing a fourth-down situation from the Miami 35-yard line, Duke quarterback Daniel Jones was sacked by Jackson for a loss of seven yards and a turnover on downs.

The Hurricanes (8-4, 5-3 ACC) took the ensuing drive 42 yards and junior Michael Badgley connected on his third field goal of the first half to give Miami the lead after nearly 30 minutes.

UM opened the scoring on a 47-yard field goal by Badgley on its first possession of the game.

Duke (4-8, 1-7 ACC) counterpunched with a 75-yard scoring drive capped by a touchdown pass by Jones, but the Hurricanes were quick to respond with a 72-yard drive of their own to regain the lead.

A beautifully lofted 30-yard touchdown pass from Kaaya to Walton put the Hurricanes back on top at 10-7.

The Blue Devils struck for their second touchdown of the game on a strike from Jones to Aaron Young that gave the visitors a 14-10 lead just six seconds into the second quarter.