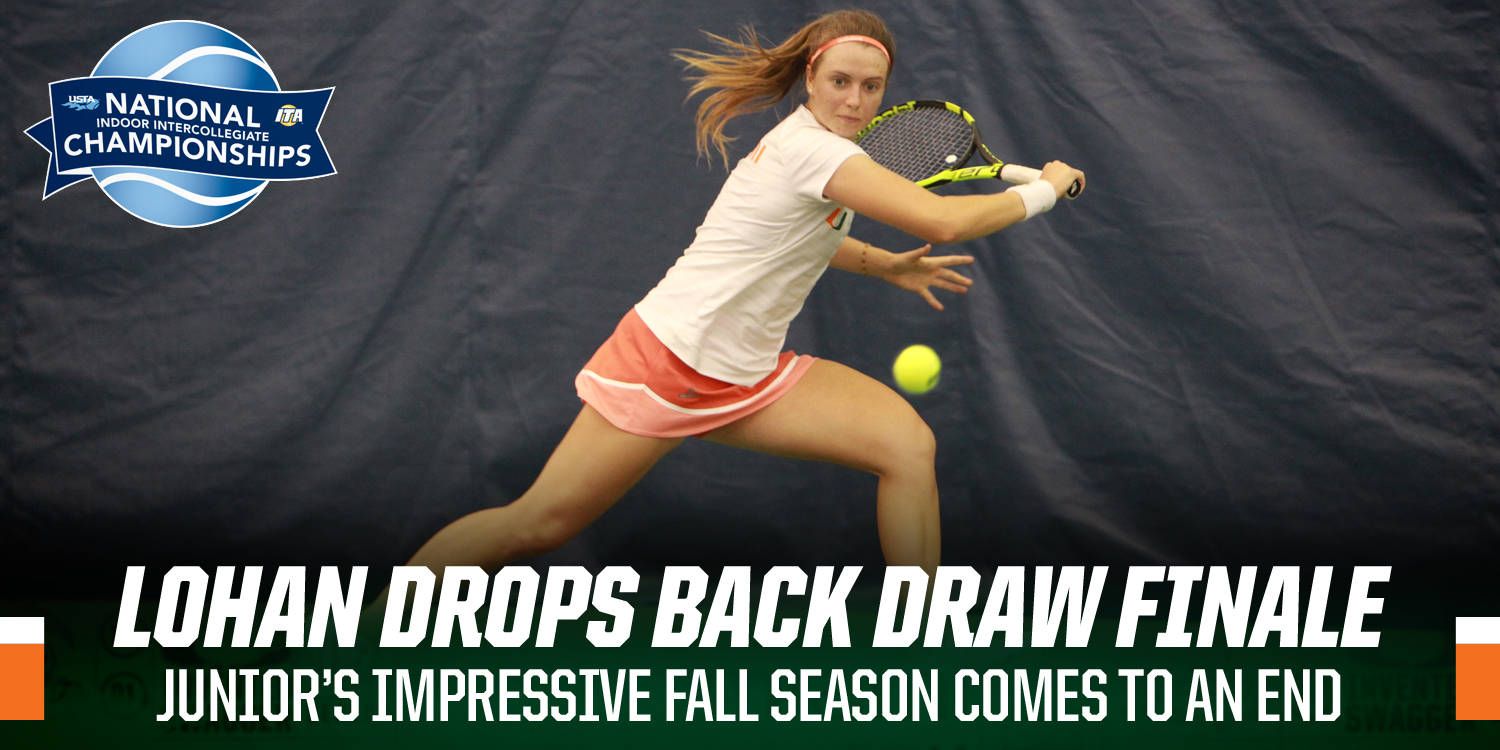 FLUSHING, N.Y. – Sunday, for the first time in her illustrious career, Sinead Lohan of the University of Miami women’s tennis team dropped a match against an unranked non-teammate.

However, it was no regular unranked opponent who defeated the Miami junior. Rather, it was the No. 1 player in the ITA’s rankings of freshmen/newcomers, a group that is ineligible for the national rankings, who downed Lohan.

North Carolina’s Sara Daavettila notched a 7-6 (7-3), 6-2 victory over Lohan in the back draw final of the elite USTA/ITA National Indoor Intercollegiate Championships at the USTA Billie Jean King Tennis Center.

Daavettila was seeded sixth in the main draw to open the tournament, while Lohan was seeded seventh.

“Sinead has to get back home and keep getting better,” Miami associate head coach Laura Vallverdu said. “She has to clean up certain areas of her A-game and needs to improve upon her resources, tactically and mentally. I’m looking forward to her work before the season. Overall, I am happy to see her again back in the final after being able to bounce back from a tough loss.”

Earlier in the fall, Lohan also took a setback in her opening match of an elite tournament before advancing to the back draw finale. She defeated second-ranked Luisa Stefani of Pepperdine to win the back draw title at the Riviera/ITA Women’s All-American Championships in early October.

With Sunday’s defeat, Lohan concludes the fall with a stellar 11-3 record in singles play to move her career mark to 89-17. The Waterford, Ireland, native, who won three matches at the USTA/ITA National Indoor Intercollegiate Championships, is now 45-1 versus unranked non-Miami singles opponents.

The fall season has now come to an end for the Hurricanes, who will begin spring play in mid-January and will also be hosting ITA Kick-Off Weekend matches later in the month. Overall, Miami’s nine players combined to post a stellar 73-37 (.664) record in fall singles action.

All information on the USTA/ITA National Indoor Intercollegiate Championships can be found on the official event page HERE.