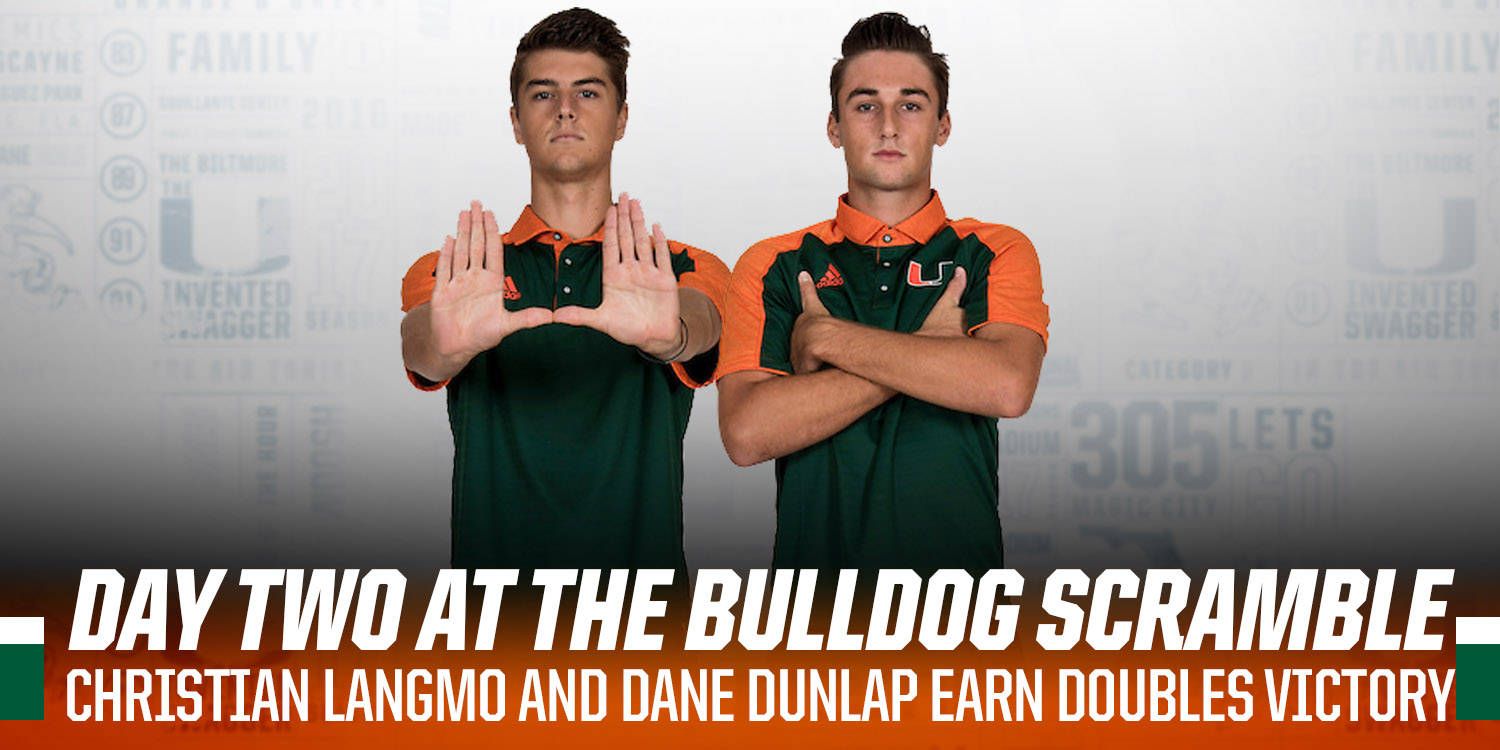 Day Two of the Bulldog Scramble

ATHENS, Ga. – The University of Miami men’s tennis team returned to the courts Saturday at the Bulldog Scramble held at the Dan Magill Tennis Complex.

The Hurricanes began the Saturday morning with doubles play, as Dane Dunlap and Christian Langmo teamed up to defeat Wake Forest’s Dennis Uspensky and Alan Gadjiev, 9-7.

Immediately following the first round of doubles matches, all five Hurricanes returned to the courts for the second session of doubles.

Bondar and Clark came up short against Kaiser and Holden, 6-8, while Jan Zielinski and Robert Loeb of Georgia took down Dunlap and Langmo, 8-6.

For the third time this weekend, Genovese and Cameron teamed up, this time to face Chris Yun and Melendez of Georgia Tech. The duo dropped the match, 2-8.

At 1:30 p.m., all five Canes returned to the courts for their final matches of the afternoon. No. 58 Langmo tallied his first singles victory of the weekend when he took down Chris Yun of Georgia Tech, 6-3, 3-6, 6-4

Bondar matched up against Princeton’s Tom Colautti while Clark battled Cameron of Georgia Tech. The Calabasis, Calif. native dropped the match 5-7, 6-4, while the Philadelphia native fell in three sets, 6-4, 3-6, 3-6.

Sunday morning, the Hurricanes will return to the Dan Magill Tennis Complex at 10 a.m., for one more round of doubles, followed by one round of singles play, with matches at 11 a.m., and 11:15 a.m. Check HurricaneSports.com for an updated schedule of Sunday’s matches.

Live results from this weekend will continue to be available HERE.