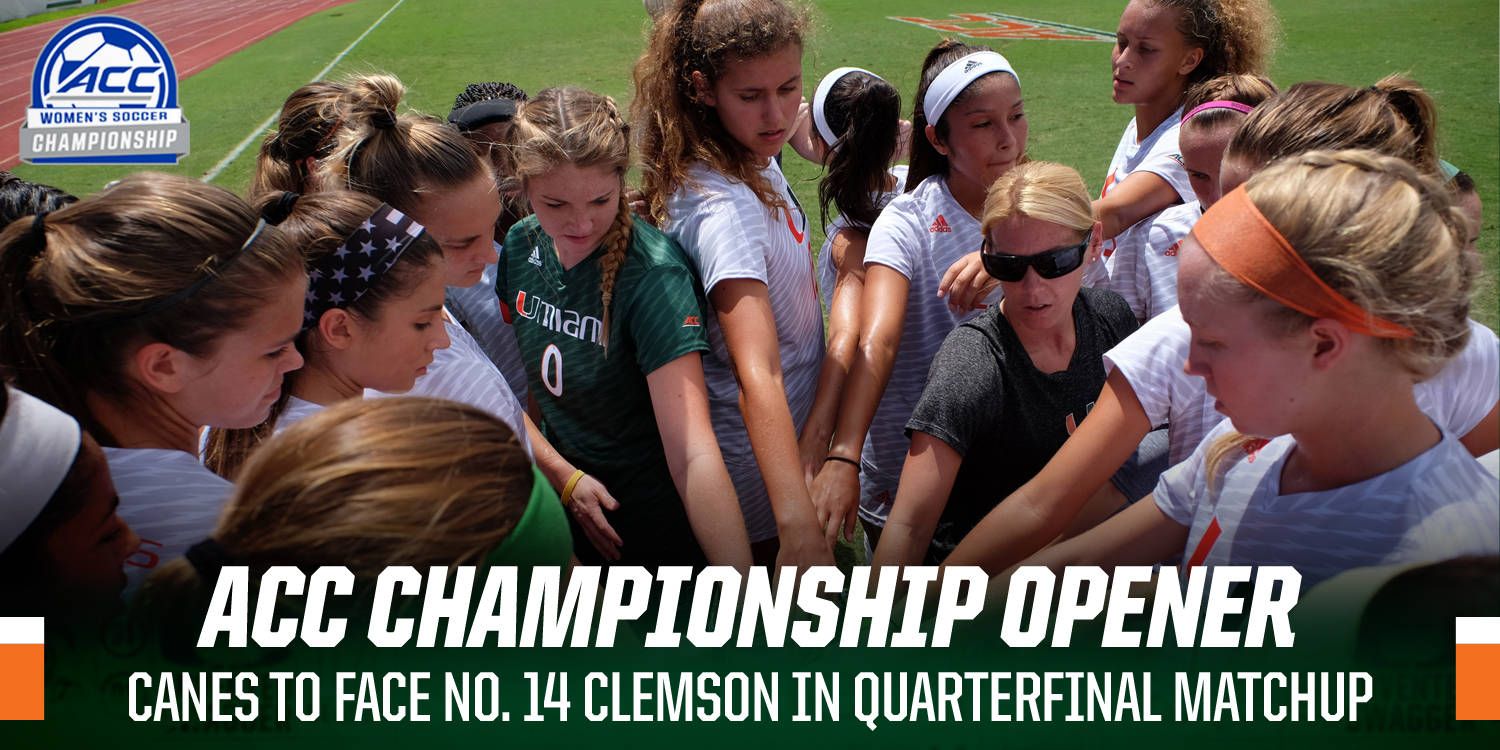 CORAL GABLES, Fla. – The University of Miami soccer team is set to make its first appearance in the ACC Championship since 2012 when it travels to take on No. 14 Clemson Sunday afternoon.

The seventh-seeded Hurricanes and second-seeded Tigers will meet at 1 p.m., at Historic Riggs Field in Clemson, S.C., in the ACC Championship quarterfinals.

Miami, receiving votes in this week’s NSCAA Poll, is 7-5-1 all-time against Clemson. Sunday’s matchup will be the first postseason contest between the two teams in a series that dates back to 2004, with the sides having played at least once a year since then.

The Hurricanes finished the regular season with a 10-8-0 (5-5-0 ACC) record, setting a new program record for conference victories and placing twice as high in the ACC standings as they were picked in the preseason.

Miami concluded regular season play third in the conference in assists (40), fifth in points (104), tied for fifth in goals (32) and tied for fifth in shutouts (seven). The Tigers are the seventh ranked opponent the Hurricanes will face in a span of 11 matches, including the third in a row.

Clemson enters the ACC Championship with a 13-3-2 (7-1-2 ACC) mark, tied for the most victories and league victories in the ACC. The Tigers, riding an ACC-best five-match winning streak, earned a share of the conference crown.

The match between the Miami and Clemson is set to be broadcast live on ACC Network Extra HERE. Live stats for the game can be found HERE.