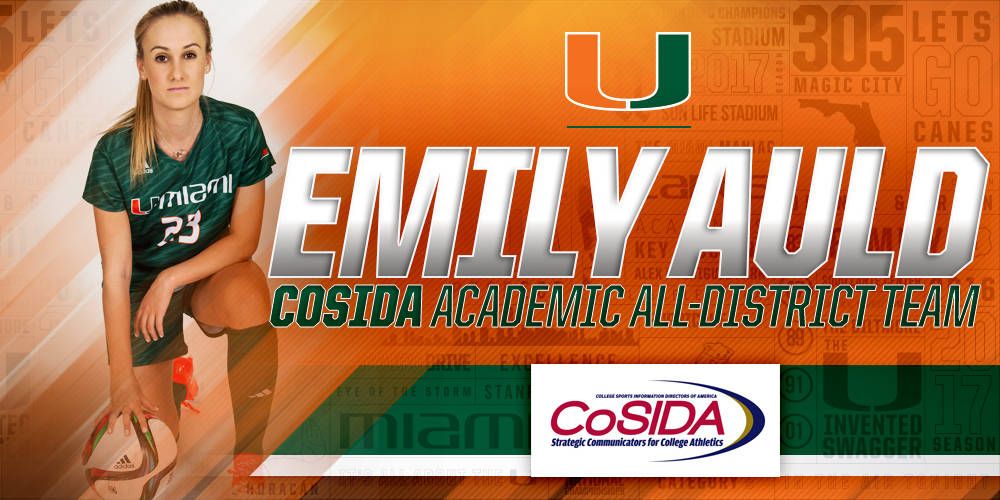 CORAL GABLES, Fla. – Emily Auld of the University of Miami soccer team has been selected as a member of the College Sports Information Directors of America (CoSIDA) Academic All-District 4 Team, as announced Thursday.

A senior defender, Auld has maintained a 3.96 GPA as an accelerated accounting major and started 16 of Miami’s 17 matches this season.

“I am very excited for Emily to receive this honor,” Miami head coach Mary-Frances Monroe said. “She works hard not only on the field, but in the classroom. She holds herself to a very high standard in all that she does. I am very proud of her.”

As one of 11 Division I honorees from the district, Auld will now be a candidate for CoSIDA Academic All-America accolades.

A member of the ODK National Leadership Honor Society, Auld has started 38 matches in her career and played in 63 of 70 matches, earning time at multiple positions, during her four years as a Hurricane.

In her final home regular season match, Sunday against No. 25 Virginia Tech, Auld delivered an assist on the golden goal in double overtime to help Miami clinch a berth in the ACC Championship.