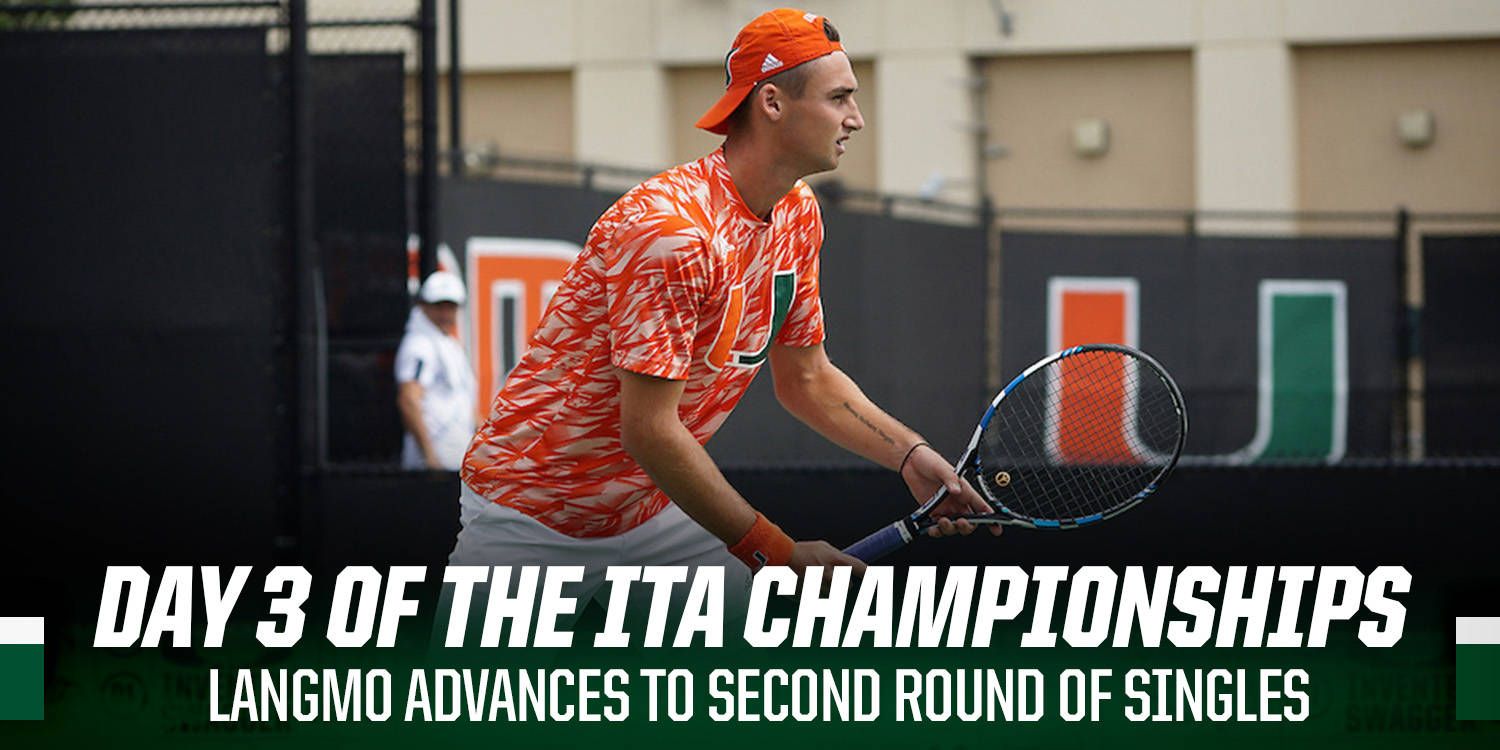 No. 58 Langmo Advances to the Second Round

No. 58 [5-seed] Langmo, from Boca Raton, Fla., defeated Tennessee’s Jack Schipanski in Monday’s first round. Langmo won in straight sets, after clinching the tiebreak in the first set, 7-6(4), then taking the second, 6-2.

Following the win, assistant coach Petar Danolic said, “Christian’s win was a difficult one. He did not play up to his potential, but he hung in mentally long enough to win today’s matchup. I liked the way he competed.”

Also playing Monday, seniors Jesse Flores and Max Andrews teamed up in the doubles qualifier. Flores, who battled a back injury throughout the entire tournament, and Andrews fell to Will Albright and Warren Bryan of UNC Greensboro, 7-6, 6-3.

Langmo returns to the court Tuesday for his second-round matchup against Alex Keyser of Columbia. Main draw contests get underway on Oct. 6 and the singles and doubles finals are scheduled for Oct. 10.

Junior No. 31 Piotr Lomacki will compete in the main draw singles event beginning Thursday, and both Lomacki and Langmo, ranked No. 50, will pair up in the doubles main draw.

On his overall thoughts of how the Hurricanes have performed, coach Danolic added, “We are learning from our tournaments and it is important that we move forward with an understanding of what we need to do better.”