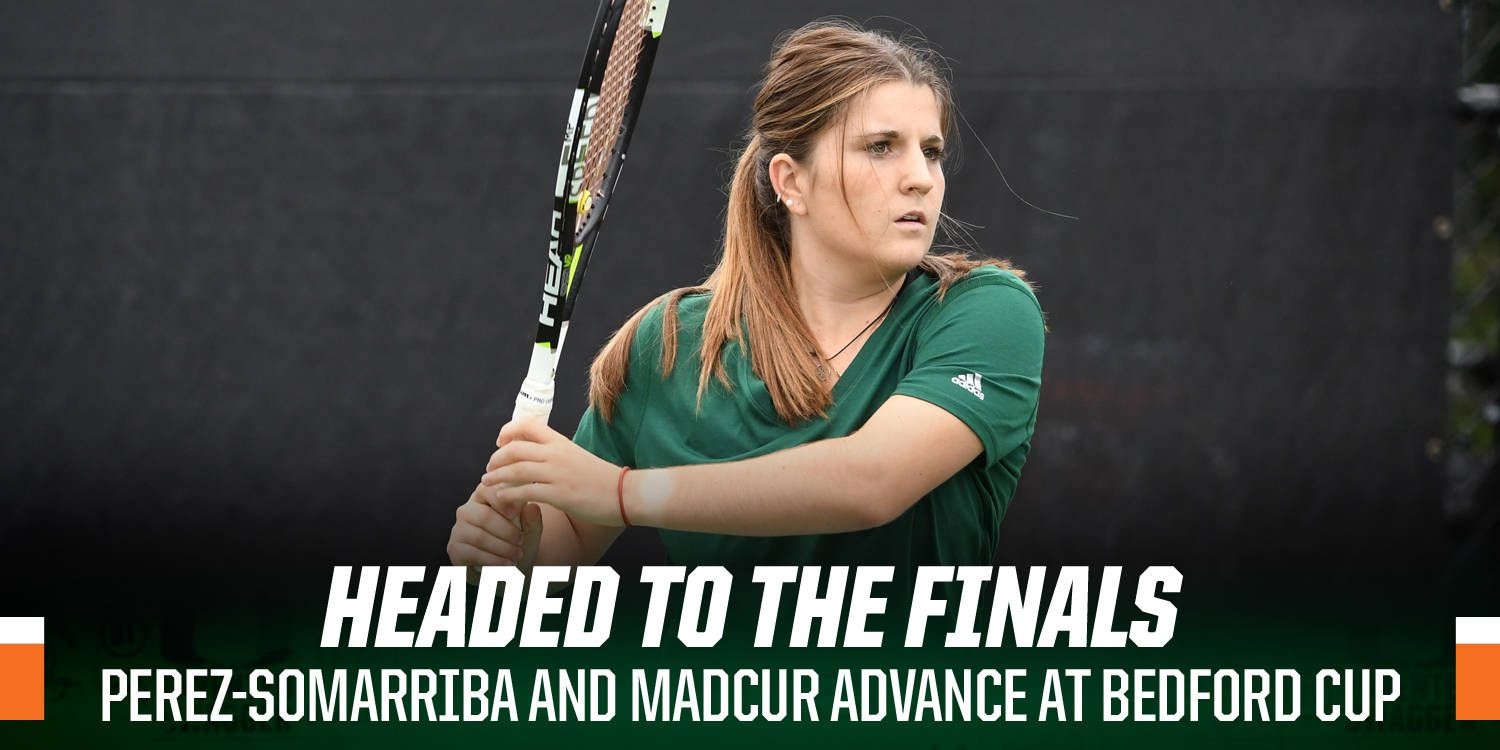 TAMPA, Fla. – After a 4-0 showing to begin play at the Bedford Cup Friday, the University of Miami women’s tennis team split its four matches Saturday at the USF Varsity Tennis Courts.

Freshman Estela Perez-Somarriba and sophomore Ana Madcur both earned straight-set victories to advance to the title matches of their respective singles flights.

“Estela had another solid day of tennis today . . . If she’s able to maintain her discipline and aggressiveness, she will have a successful end of the weekend tomorrow,” Miami volunteer assistant coach Sergio Velez Angel said. “The maturity and confidence that Ana is showing this weekend makes me very happy. This is the type of tennis that she needs to play against the top players.”

In the first match of the day, sophomore Clara Tanielian dropped a 3-6, 1-6 decision to FIU’s Mina Markovic in the semifinals of the Angelique Kerber Flight. She will take on Breana Stampfli of FGCU Sunday at 9 a.m., in a consolation match.

Perez-Somarriba turned in a dominant showing against Stampfli, earning a 6-2, 6-0 victory to advance to the finals of the Steffi Graf Flight. She is set to face FIU’s Andrea Lazaro in the title match at 11 a.m., Sunday morning.

Madcur, ranked No. 117, topped USF’s Jessica Cortes Chaves, 6-2, 6-4, to make the championship of the Bille Jean King Flight. She will take on Maryna Veksler of FIU Sunday at 11 a.m.

Freshman Dominika Paterova capped the day with a tough setback against Vanja Klaric of USF, dropping a three-set contest, 6-4, 2-6, 1-6. She meets UCF’s Cortney Cesarini at 10:30 a.m., Sunday in a consolation match.

Additional information on the Bedford Cup is available on the event page HERE, including a link to the live results, which can be found HERE.