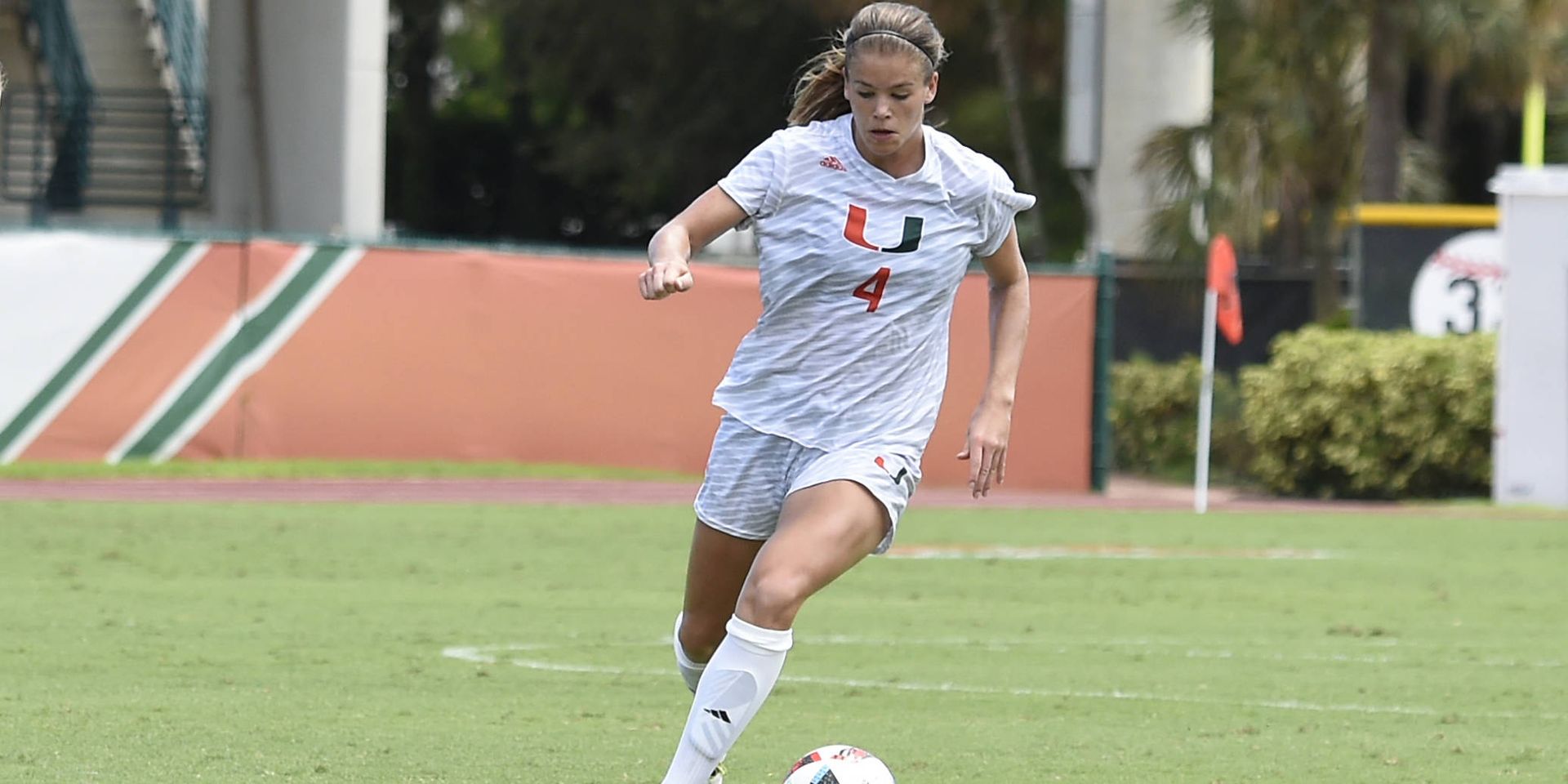 TALLAHASSEE, Fla. – The University of Miami soccer team held third-ranked Florida State to just one shot on goal Sunday afternoon at Seminole Soccer Complex, but dropped a 1-0 decision in a match that included a weather delay of two hours and 19 minutes.

“I am very proud of the team today. We had a game plan and executed it very well,” Miami head coach Mary-Frances Monroe said. “We created many goal-scoring chances, but against one of the best teams in the country, we need to finish those opportunities.”

The Hurricanes began the match with a ferocious offensive attack, attempting the first four shots of the day, all in the opening four minutes. Florida State did not record its first shot attempt until the 15th minute.

The Seminoles scored on the first shot on goal of the match, a strike from close range by freshman forward Deyna Castellanos in the 20th minute. Junior midfielder Haylie Grant earned an assist on the play.

That would prove to be the lone tally in an otherwise nearly even half, as Florida State entered the intermission with six shots to Miami’s five, while both sides had one shot on goal and the Hurricanes had a 1-0 edge in corner kicks.

The Hurricanes nearly pulled level early in the second half with multiple scoring opportunities and had four shots in the first seven minutes after the break.

The closest chance was a one-v-one chance for freshman forward Kristina Fisher with Florida State goalkeeper Cassie Miller in the 50th minute, but the redshirt junior managed to make the stop and keep the Seminoles in front. Under a minute, after the ensuing corner from Miller’s stop, junior forward Ronnie Johnson had a stellar chance from several yards out, but again Miller was up to the task.

After steady rain fell throughout the contest, play was halted with 18 minutes and 37 seconds left on the clock due to lightning in the area. Following the stoppage at 2:34 p.m., action finally resumed at 4:53 p.m

Miami had a 9-8 advantage in shot attempts entering the delay and had play been unable to continue, it would have marked just the sixth time in 59 matches since the start of 2014 Florida State was outshot. However, the Seminoles’ defense held strong after action resumed.

This was Miami’s fifth straight match that has ended with a 1-0 final, while it was Florida State’s seventh shutout of the year. Sunday also was the second consecutive outing in which the Hurricanes have conceded just one shot on goal, but come up on the short end of a 1-0 score.

Miami will be back in action on its home field when it hosts fifth-ranked Virginia Thursday at 7 p.m., at Cobb Stadium.