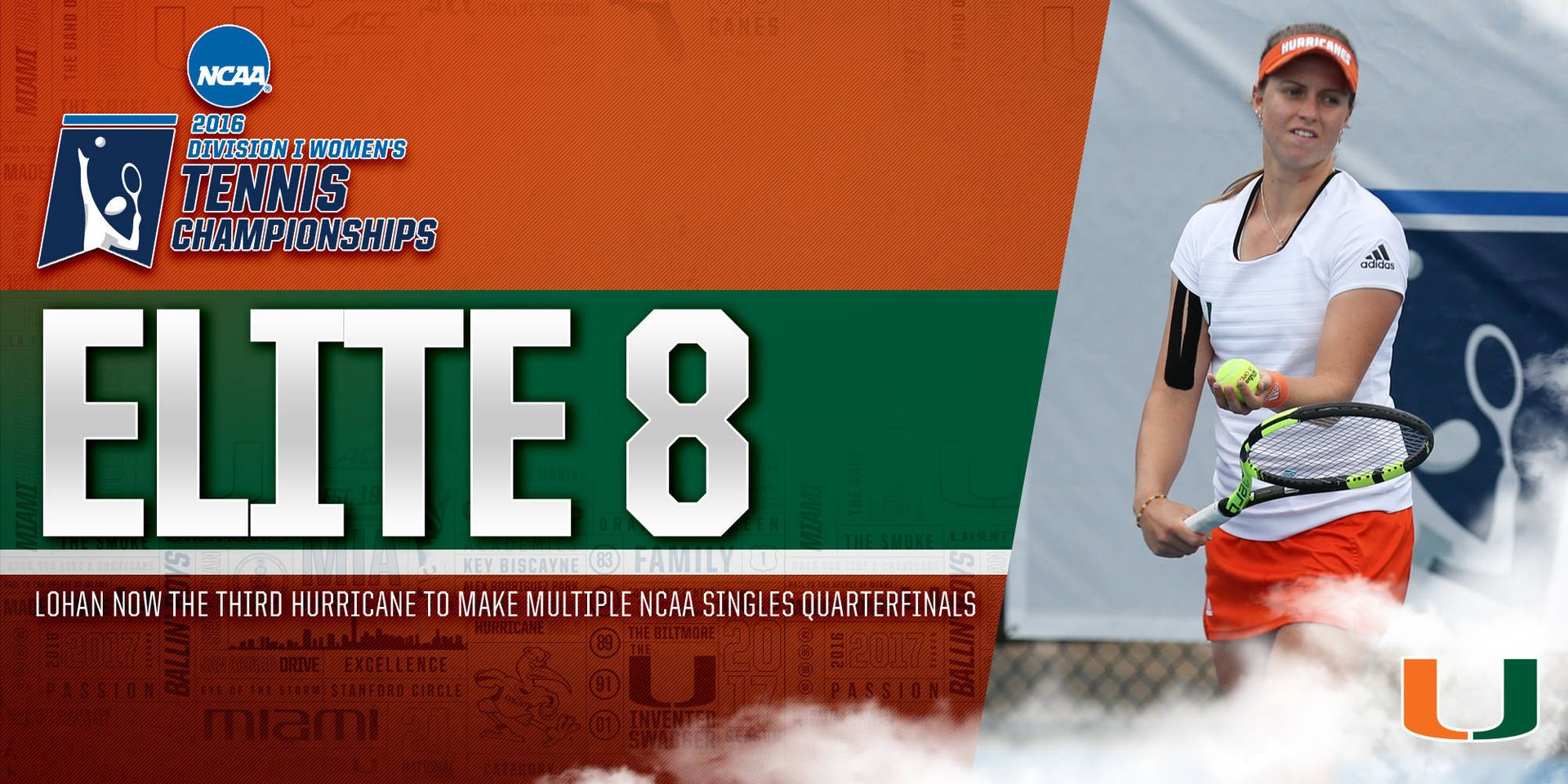 TULSA, Okla. – For the third time in the history of University of Miami women’s tennis, a Hurricane is headed to the NCAA Singles Championship quarterfinals in consecutive years.

Sinead Lohan, both ranked and seeded eighth, recorded a 6-4, 6-4 victory over No. 35 Desirae Krawczyk of Arizona State in the Sweet 16 Friday at the Michael D. Case Tennis Center on the University of Tulsa campus.

“You don’t see it often as a coach, on your team or on any other team,” Miami head coach Paige Yaroshuk-Tews said of Lohan’s successes in the NCAA Singles Championship in her young career. “Kids like this don’t come around often. With that being said, I don’t think that Sinead is even close to being satisfied, which is why she’s as good as she is. Last year was last year and this year is this year.”

Lohan jumped out to a 4-1 lead in the opening set, including starting with a 3-0 edge and dropping a total of two points in her first three games serving. Lohan then went up 5-1, winning her third of four games during the match in which she did not concede a single point.

Krawczyk stormed back to cut Lohan’s lead to 5-4 and a light drizzle began to fall. With the Sun Devil senior serving, Lohan won a deciding point at deuce to take the first set, 6-4.

The duo exchanged holds for the first seven games of the second set before Lohan finally broke to go up, 5-3. Krawczyk then broke back and had service with a 4-5 deficit for the second consecutive set, but again Lohan was able to break to close out a set and, this time, the match.

Lohan, who has a spring singles record of 28-1, is also now tied with teammate Stephanie Wagner for fourth in all-time wins by a Miami player in the NCAA Singles Championship, with six.

In addition, at 39-5 overall in 2015-16 singles play, Lohan now has the fifth-most wins in a single season in program history. Her 38 victories last year are tied for sixth, making her the lone player with two top-six marks. The Waterford, Ireland, native is 22-5 against ranked players this season, including 16-5 versus top-50 opponents.

Lohan is one of three ACC players in the Elite Eight, the most of any conference. She will take on Texas’ Breaunna Addison, who is ranked No. 10 and seeded No. 9-16, in the NCAA Singles Championship quarterfinals Saturday at 1 p.m. ET.

“I know tomorrow she is looking to take another step forward and improve upon the results from last year,” Yaroshuk-Tews said, “and I think it’s a good matchup.”