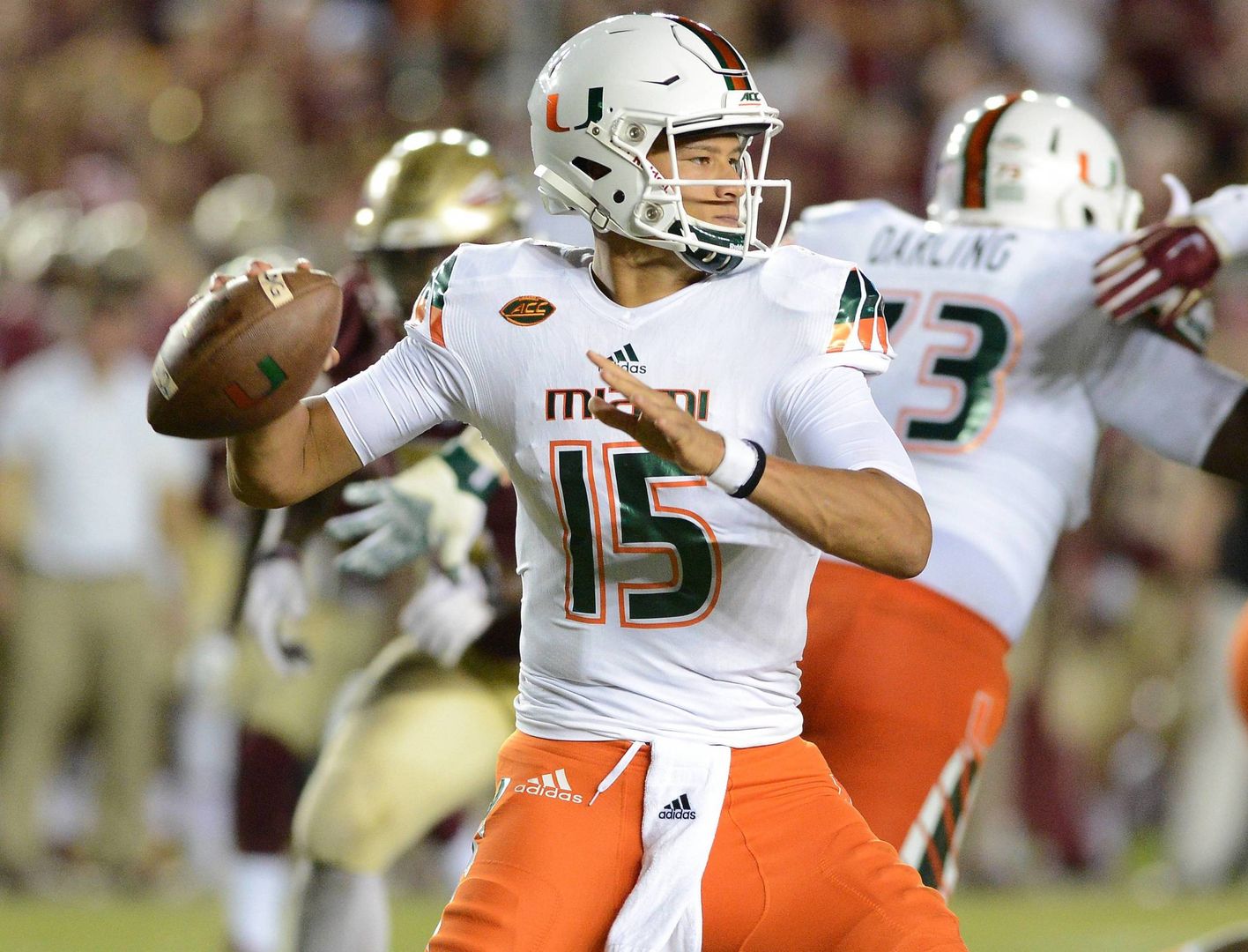 Dalvin Cook ran for 222 yards and three touchdowns, the last a 23-yarder around the right end with 6:44 remaining, to help No. 12 Florida State outlast Miami 29-24 on Saturday night.

The sophomore, who didn’t practice the first part of the week due to a strained hamstring, is also the first Florida State back to have two 200-yard games in a season since Greg Allen in 1981. Before this year, Florida State had not had a back run for more than 200 yards in a game since Sammie Smith in 1988.

Florida State’s Everett Golson completed 25 of 33 passes for 291 yards and a touchdown. Kaaya threw for 405 yards and three touchdowns, his fifth 300-yard game and his second against the Seminoles.

After Michael Badgley’s 30-yard field goal put Miami on the board, Cook extended the Seminoles’ lead to 14-3 when he took Golston’s screen pass 36 yards for a score.

Trailing 17-3, Miami got back into it on Kaaya’s 58-yard touchdown pass to Rashawn Scott. Scott was able to get separation from cornerback Jalen Ramsey while Lamarcus Brutus tried to go for the interception.

Miami was able to counter Roberto Aguayo’s field goals with touchdowns. Joe Yearby’s 1-yard reception brought them to 20-17 with 5:26 remaining in the third. After Aguayo’s third field goal, Coley’s touchdown gave the Hurricanes a short-lived lead.