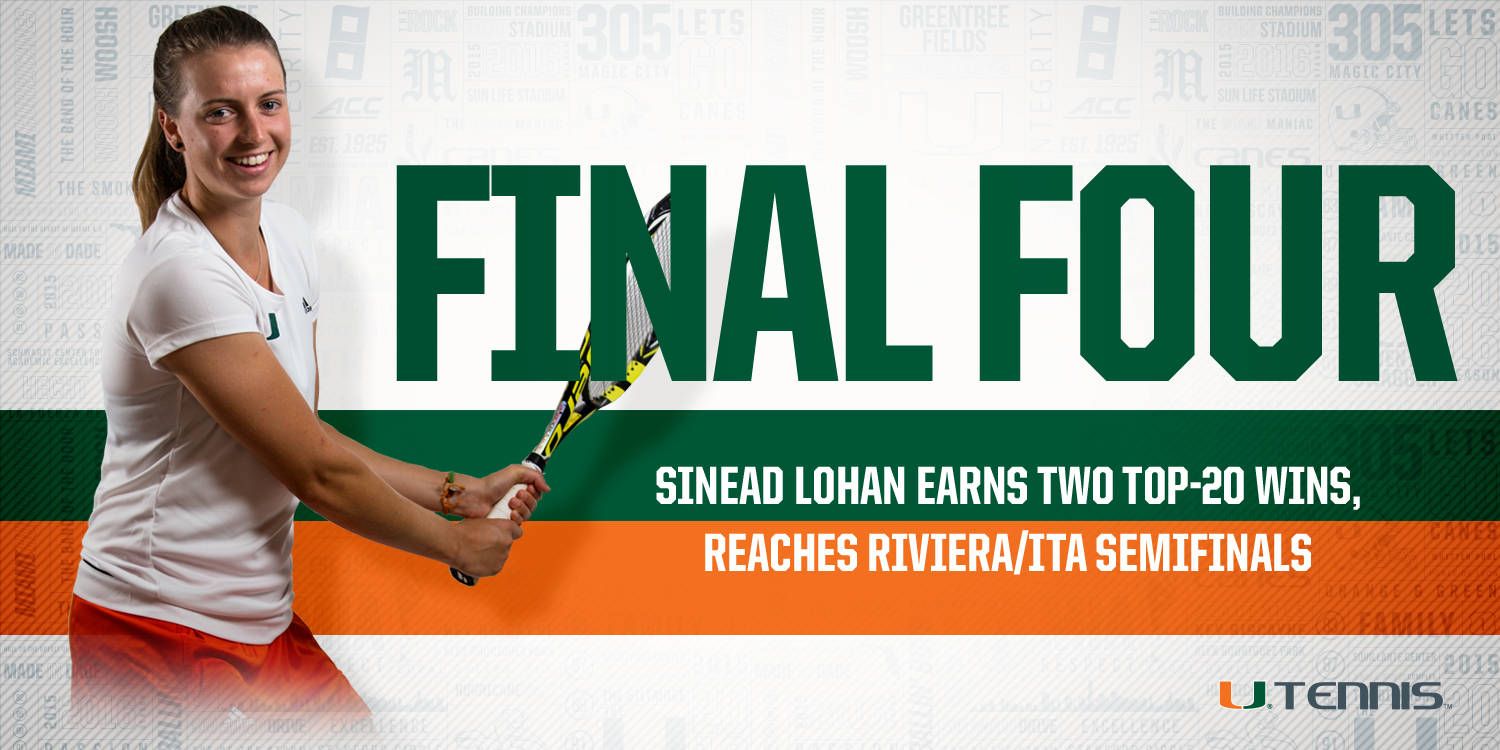 With the victories, Lohan, ranked No. 13 nationally, became the second Hurricane to reach the tournament semifinals. The last was 2007 NCAA champion Audra Cohen, who did so in 2006.

“Sinead is a developing, courageous leader and champion who won’t back down until she gets the W,” Miami associate head coach Laura Vallverdu said. “That is the reason why she is so good. I am anxious to see what she brings tomorrow.”

Lohan opened play at the Riviera Tennis Club with a stellar showing against No. 18 Rachel Pierson of Texas A&M in the round of 16, earning a 6-3, 6-1 victory. The win made her the first Miami player to reach the quarterfinals at this event since Vallverdu did so in 2008.

Just hours after taking down Pierson, Lohan was back on the court in the quarterfinals against Stanford’s Taylor Davidson, who is ranked No. 15 in the country. Davidson narrowly took a tight first set, 7-6 (7-4), but from there it was all Lohan.

Senior Stephanie Wagner, ranked sixth and seeded fifth, also competed in the singles main draw round of 16 Friday, dropping a 2-6, 3-6 decision to No. 32 Belinda Woolcock of Florida.

Lohan will be back on the court Saturday at 12 p.m. ET in her semifinal matchup with Georgia’s Ellen Perez, who is ranked No. 29 nationally. Both players, as well as the semifinalists on the other side of the bracket, receive an automatic berth to the prestigious USTA/ITA National Indoor Intercollegiate Championships in Flushing Meadows, N.Y. in November.

Additional information on the Riviera/ITA Women’s All-American Championships can be found HERE.

For more information on University of Miami tennis, follow @HurricaneTennis.