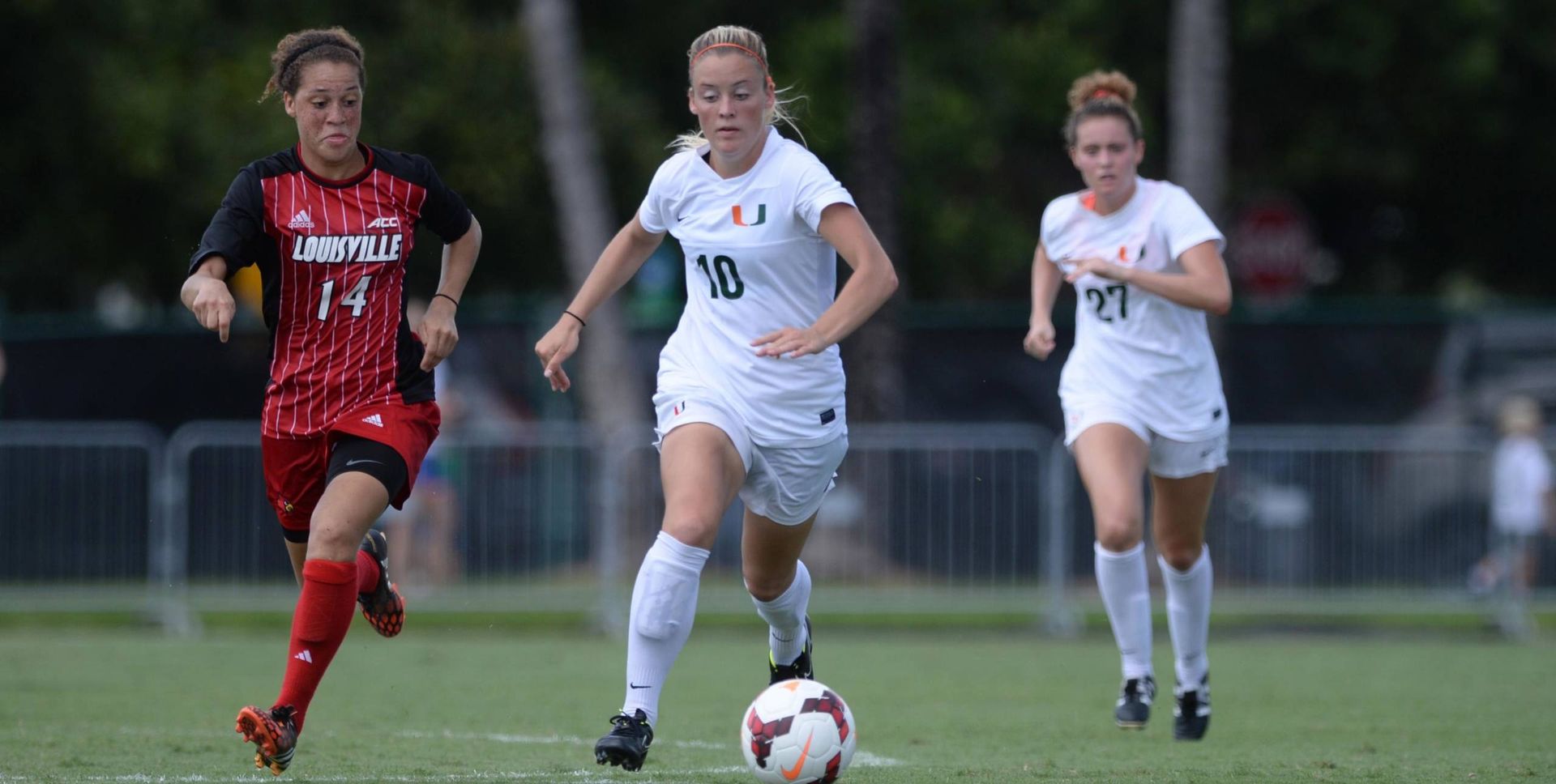 Match at Stetson Cancelled Due to Weather

DeLAND, Fla. – Sunday’s soccer match between the University of Miami and Stetson has been cancelled due to bad weather in the DeLand area.

Only 11 minutes were played at the Stetson Athletic Training Center, with neither team scoring in the weather-shortened outing.

The contest at Stetson was the second of two exhibitions for Miami this season, following the Aug. 13 matchup with FIU, in which Miami prevailed 1-0 in another weather-shortened match.

This weekend, the Hurricanes will travel to Charleston, S.C., to open regular season play in the Charleston Nike Classic. Miami will play the College of Charleston Friday, Aug. 21 at 7:30 p.m. and then square off against Texas Tuesday, Aug. 23 at 12:00 p.m.

Miami, under the direction of third-year head coach Mary-Frances Monroe, returns eight starters from 2014 and welcomes a talented eight-member recruiting class into the fold.

The Hurricanes’ top six players in points are back from the 2014 campaign. That group includes Moik, who led the way in points, goals and shots, and McGovern who paced the team in assists. Six current Hurricanes logged at least 15 starts in Miami’s 18 matches last season, including three who opened all 18 on the field.

To keep up with the University of Miami soccer team during the 2015 season, follow @CanesFutbol.