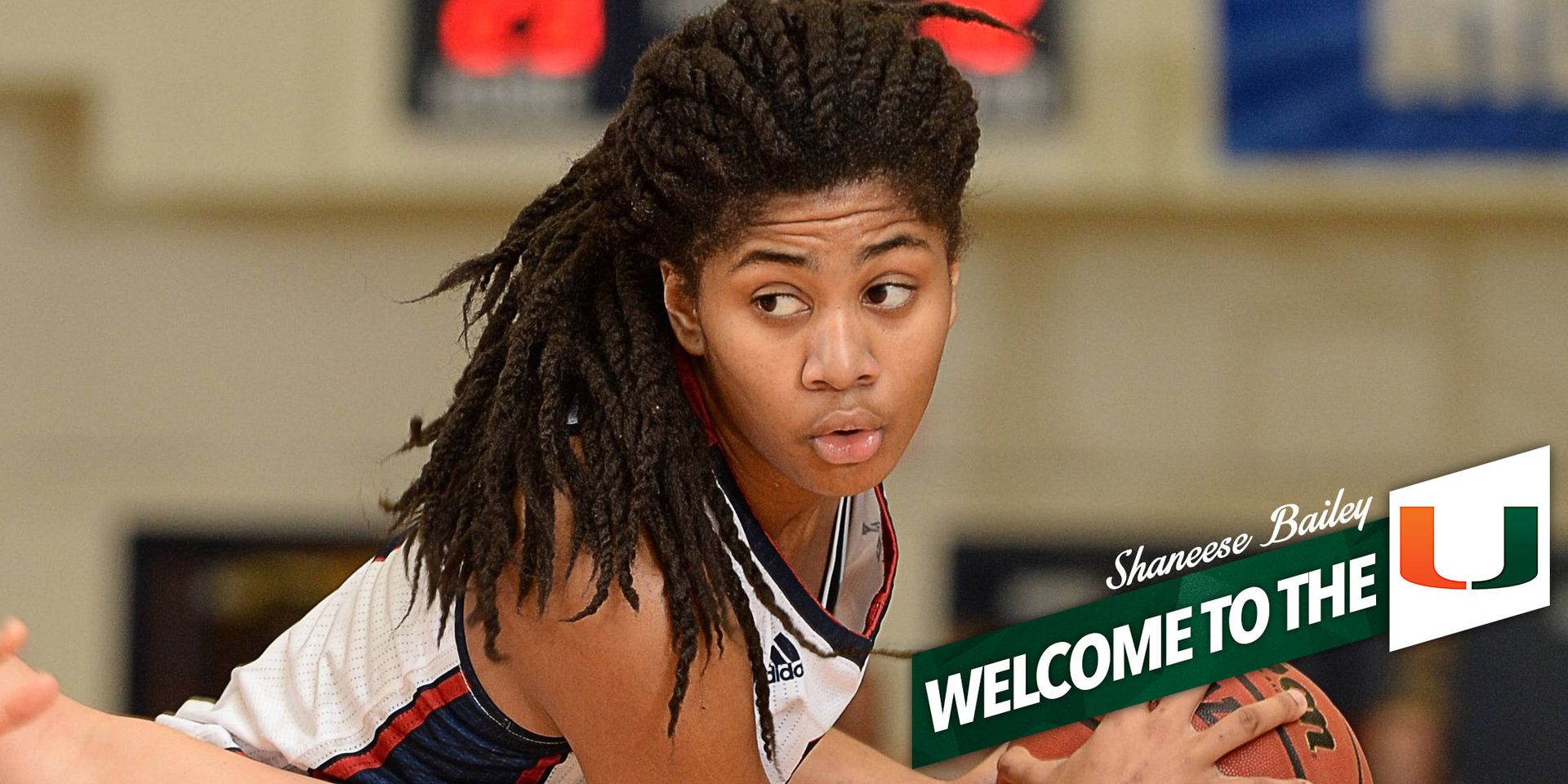 A 5-foot-9 guard, Bailey was a First Team All-Conference USA selection as a sophomore last season and will have two years of eligibility left at Miami.

“Shaneese is an explosive, exciting player with a tremendous amount of athleticism,” Meier said. “She plays multiple positions and defends with passion. We are very fortunate to add a player with her ability to this dynamic team.”

The Callahan, Fla. native tied for the team lead with 28 starts in FAU’s 30 games and led the Owls with 34 steals. Bailey scored in double figures 25 times as a sophomore and also ranked second on the Owls in rebounds per game at 5.3 per contest.

“When I watched film on Shaneese from this past season, I was shocked at how aggressively she pursues the ball. She is so quick off the floor and so fearless when she plays,” Meier said. “Her ability to rebound from the perimeter really adds to her value. We have always loved players who threaten the rim on offense and ‘get the ball’ for us on defense. Shaneese is exactly that player and we are very excited to have her.”

A graduate of University Christian High School, Bailey recorded over 1,000 points in her career and helped lead her team to a 44-8 record in her final two seasons. She was ranked among the nation’s top 250 prospects by Dan Olson’s Collegiate Girls Basketball Report.

Bailey will sit out the 2015-16 season in accordance with NCAA transfer rules. She is the first NCAA Division I transfer Meier has signed since Jassany Williams came to Coral Gables from Auburn in 2012.