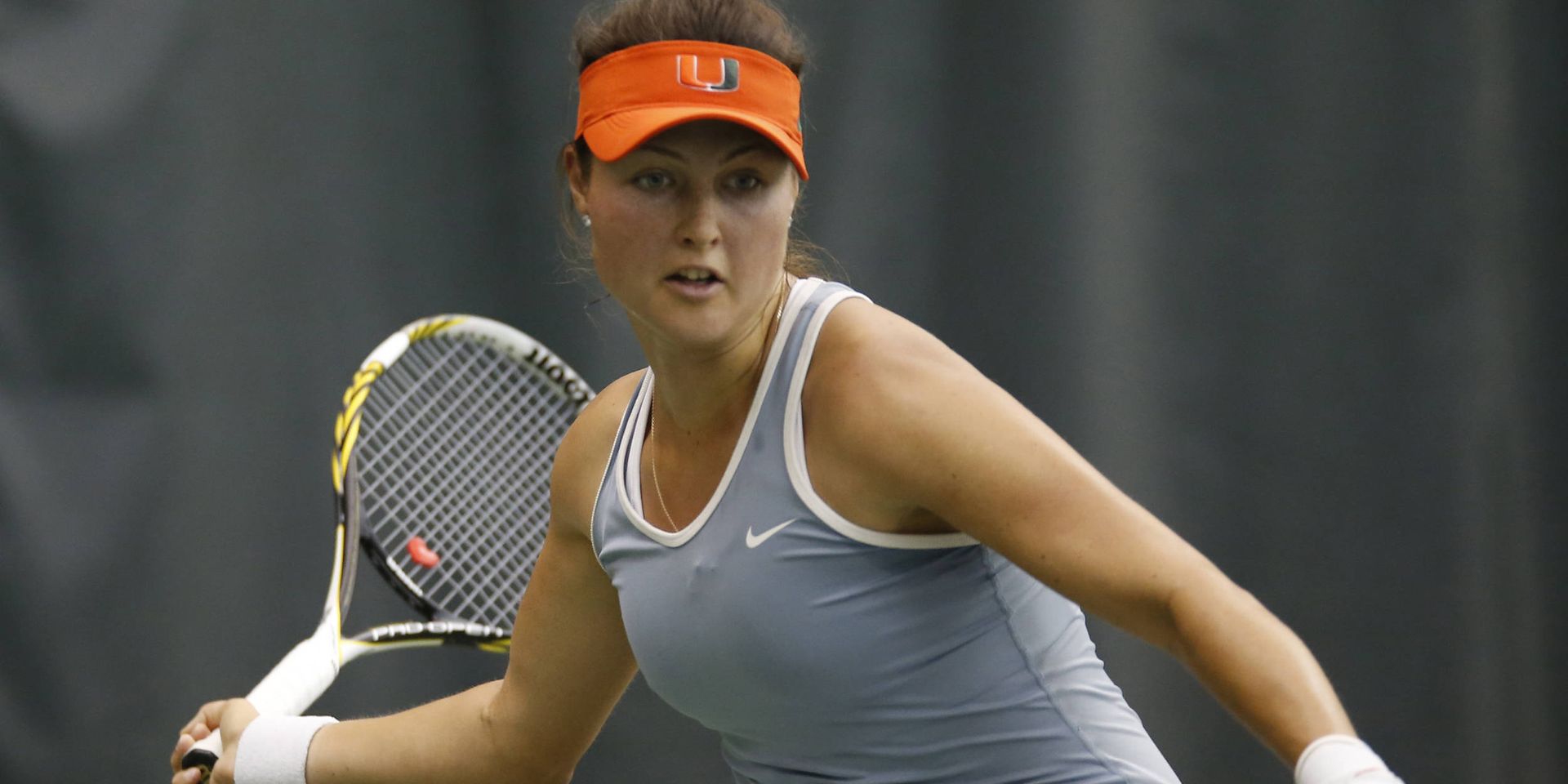 WACO, Texas – The University of Miami women’s tennis team’s 2015 season came to an end Friday, as the Hurricanes fell to North Carolina in the Sweet 16 at Baylor University.

“I think that UNC played a great match. We were expecting them to be on their game,” Miami head coach Paige Yaroshuk-Tews said. “I think Haley [Carter of North Carolina] started out so hot at No. 2 that it kind of set the momentum a little bit against us at the beginning of the match, but congrats to a great UNC team. They were a little bit better than us, and we fought hard. I’m really proud of our kids, and we just have to get a little bit better.”

“We just didn’t play the doubles that I wanted us to play, but there were some bright spots,” Yaroshuk-Tews said. “We did some things better out there. UNC is a tough team to pull the doubles point from for sure.”

When the action moved indoors for singles competition just three courts were used. Two of those three went to North Carolina in straight sets.

The third match to begin off the bat, between a pair of All-Americans in No. 11 Wagner and No. 7 Loeb, went to three sets. Before that match was complete, No. 115 Lileikite began and finished her match against No. 102 Whitney Kay, 7-5, 6-2.

The victory for the Liepaja, Latvia native allowed her to finish her singles career with a straight set win over a ranked opponent to put Miami (18-7, 12-2) on the board and make it 3-1.

“Really nice to see her go out like that,” Yaroshuk-Tews said. “She played a great match, she played a clean match . . . She just stayed on-point and did what she needed to do and she really looked like a leader of this team out there. She not only played great singles, but she played great doubles.”

Within minutes of Lileikite wrapping up her match, Wagner’s hard-fought affair against Loeb came to an end. Wagner won the first set, dropped the second and then trailed 5-3 in the third. She held her serve to make it 5-4 and then, just as Lohan did earlier, fought off a pair of match points, but could not do it a third time and Loeb hung on to win, 5-7, 6-2, 6-4.

In the final match of her career, Albuquerque did not get the chance to play her singles match against Dai, as the Tar Heels clinched just as she was about to begin warming up.

The Hurricanes extended a number of streaks during their impressive 2015 season. Miami made its 20th straight NCAA Team Championship, won an NCAA match for the 14th consecutive year, hosted the first two rounds for the 11th year in a row, and reached a 10th straight Sweet 16.

Additionally, the Hurricanes lost seven or fewer matches for the 14th year in a row, finished in the top four of the ACC for the 11th straight season—each one Miami has been in the conference—and posted a record of at least .500 for the 20th consecutive year.

To keep up with the trio during the individual championships, as well as for more information on University of Miami women’s tennis, follow @HurricaneTennis.