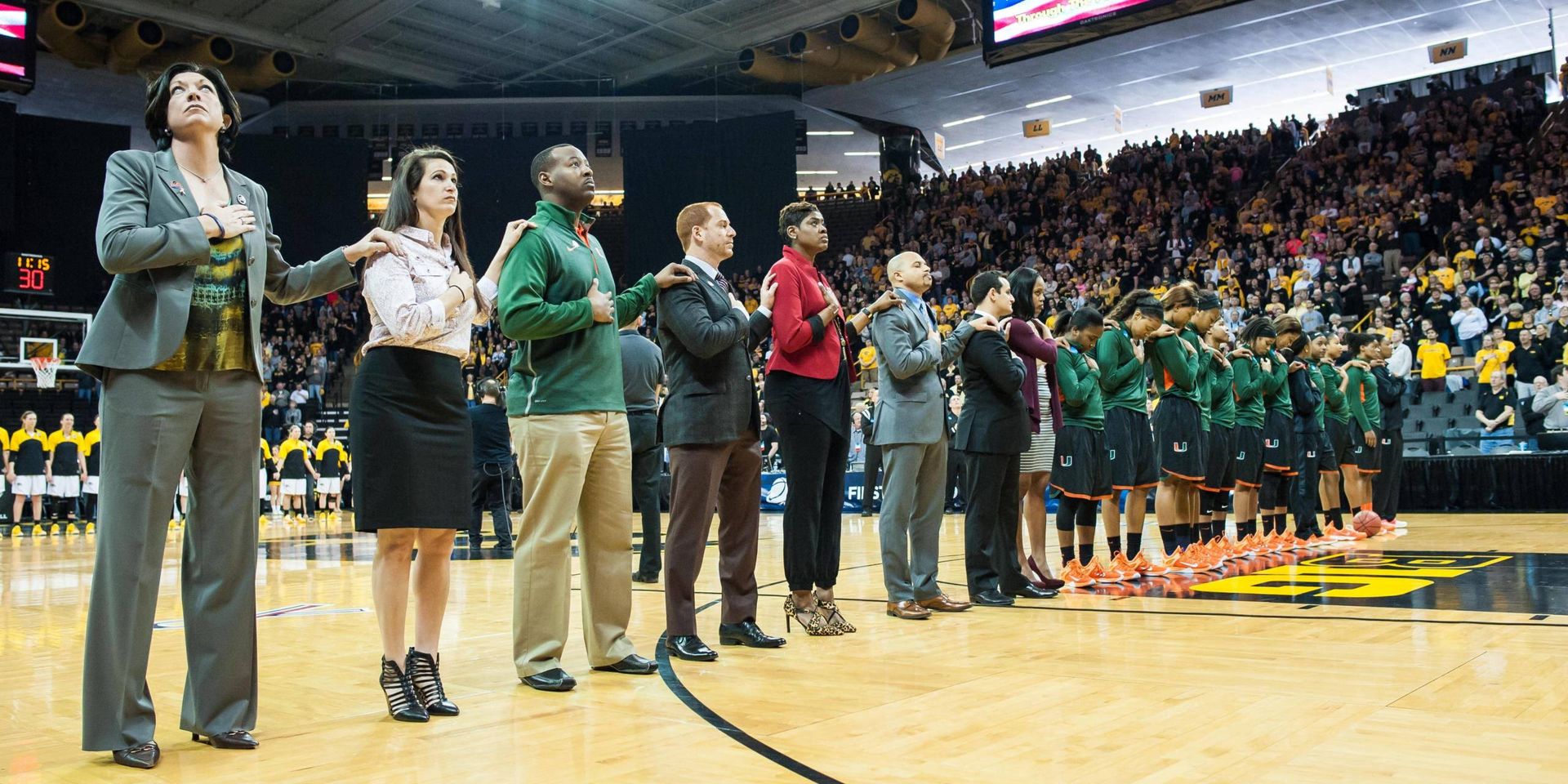 The event will be held at the Multipurpose Room next to the BankUnited Center on the UM campus, with the reception starting at 6:15 p.m, followed by the dinner and program at 7:00 p.m.

The Hurricanes went 20-13 this season, reaching the 20-win mark for the fifth time in the last six years. Miami also made its sixth straight postseason appearance and fourth NCAA Tournament trip in the past five seasons. The Hurricanes won an NCAA Tournament contest for the third time in the last four years. All of those numbers mark the best stretches in program history.

Katie Meier, who surpassed 250 career wins this season, also became the first coach in Miami history to lead the team to an NCAA Tournament victory in three separate years, when the Hurricanes beat sixth-seeded Washington, 86-80.

Sophomore guard Adrienne Motley averaged 16.9 points on 49.2 percent shooting this season and was selected as a First Team All-ACC member by both the ACC Coaches and the Blue Ribbon Panel.

Redshirt senior forward Jassany Williams was named to the All-ACC Academic Team and finished her career third all-time in blocks at Miami. Guard Suriya McGuire, the team’s lone four-year senior, ended her career as a Hurricane tied for third on the all-time participation list and 11th in blocked shots. Hard-working senior forward Necole Sterling made major strides her two years at Miami and averaged 8.6 points per game in the last 23 contests of the season, more than twice her average in the first 10.

For those who would like to help honor the Hurricanes, tickets to the Women’s Basketball Banquet are available for purchase. Adults can buy tickets for $60 a person, while children 12-and-under are $45.

View the registration form HERE to sign up or get more information. Additionally, Director of Alumni Programs Rick Remmert can be contacted at r.remmert@miami.edu or 305-284-9517 with any RSVPs or questions. The RSVP deadline is Monday, April 13.

For more information on University of Miami women’s basketball, and to keep up with the team throughout the offseason, follow @MiamiWBB.