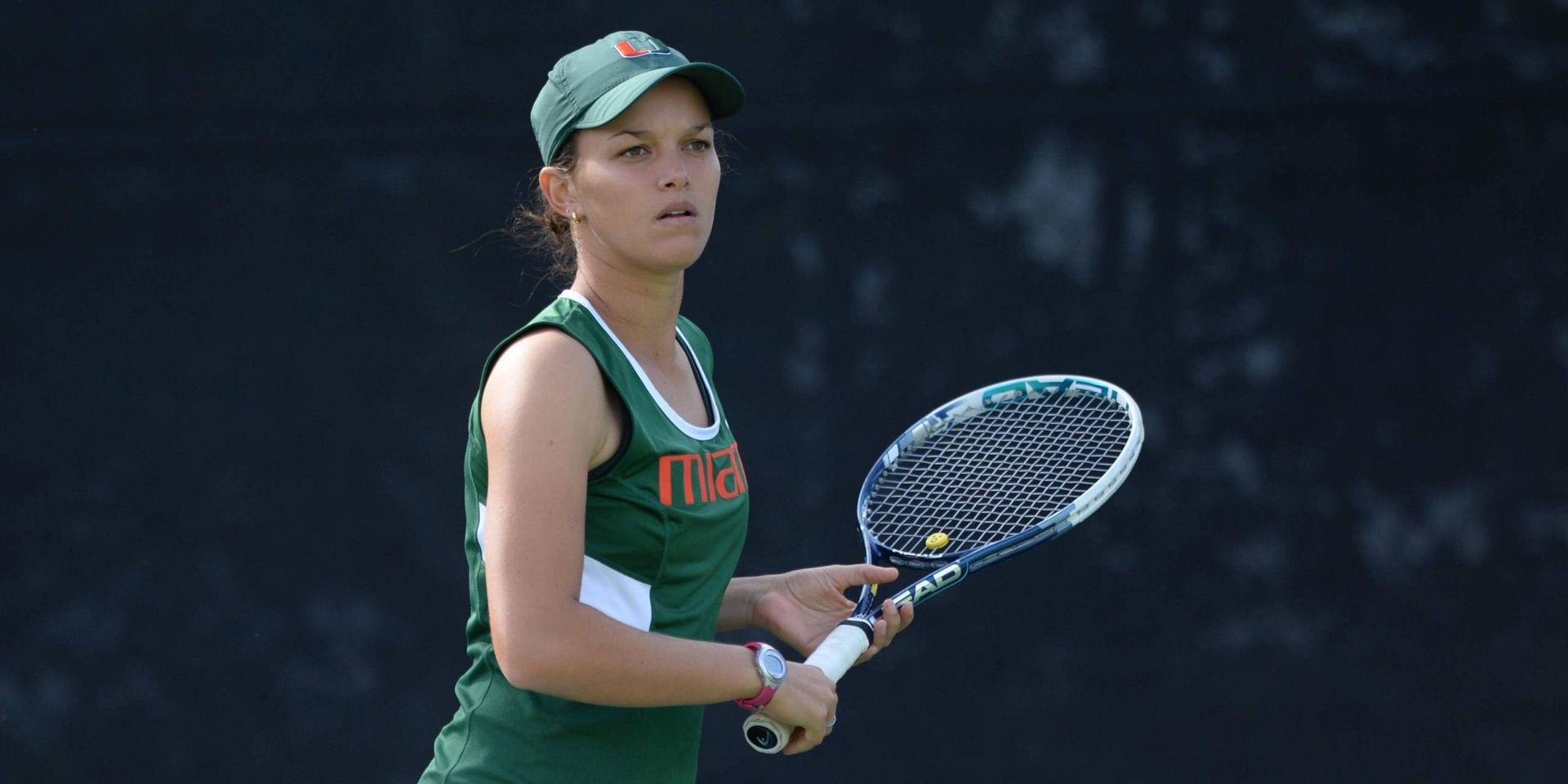 CORAL GABLES, Fla. – The Miami Hurricanes women’s tennis team bounced back from its first ACC loss with an impressive 6-1 victory against Duke Thursday evening at the Neil Schiff Tennis Center.

The 16th-ranked Hurricanes improved to a 12-4 (8-1 ACC) this spring after defeating the 24th-ranked Blue Devils, 6-1. With the victory the Hurricanes move into sole possession of second place in the Atlantic Coast Conference standings.

“Collegiate athletics is all about the journey,” Miami head coach Paige Yaroshuk-Tews said. “We are more attentive and detailed then we were two weeks ago and it showed tonight.  [Stephanie] Wagner led the way at one and the rest followed.  I’m happy for these ladies.”

Junior Stephanie Wagner and freshman Sinead Lohan were also close to clinching the doubles point, up 7-4 against Ester Goldfield and Alyssa Smith, when the match was called.

In singles competition, the Hurricanes battled a determined Blue Devils squad, but picked up wins in five of the six matches.

No. 36 Lohan won the first singles point of the night, overpowering No. 38 Goldfeld in a 6-0, 6-4 performance. Albuquerque followed soon after with a victory over Mulholland, 6-3, 6-4.

After Duke won its first point, No. 125 Lileikite secured the match victory for the Hurricanes by winning a hard fought battle against No. 109 Kahan, 6-2, 6-3.

The Hurricanes will be back in action on Saturday, April 4 at 11:00 a.m. as they take on the second-ranked North Carolina Tar Heels at the Neil Schiff Tennis Center.

To track the match against North Carolina, as well as for more information on University of Miami women’s tennis, @HurricaneTennis.