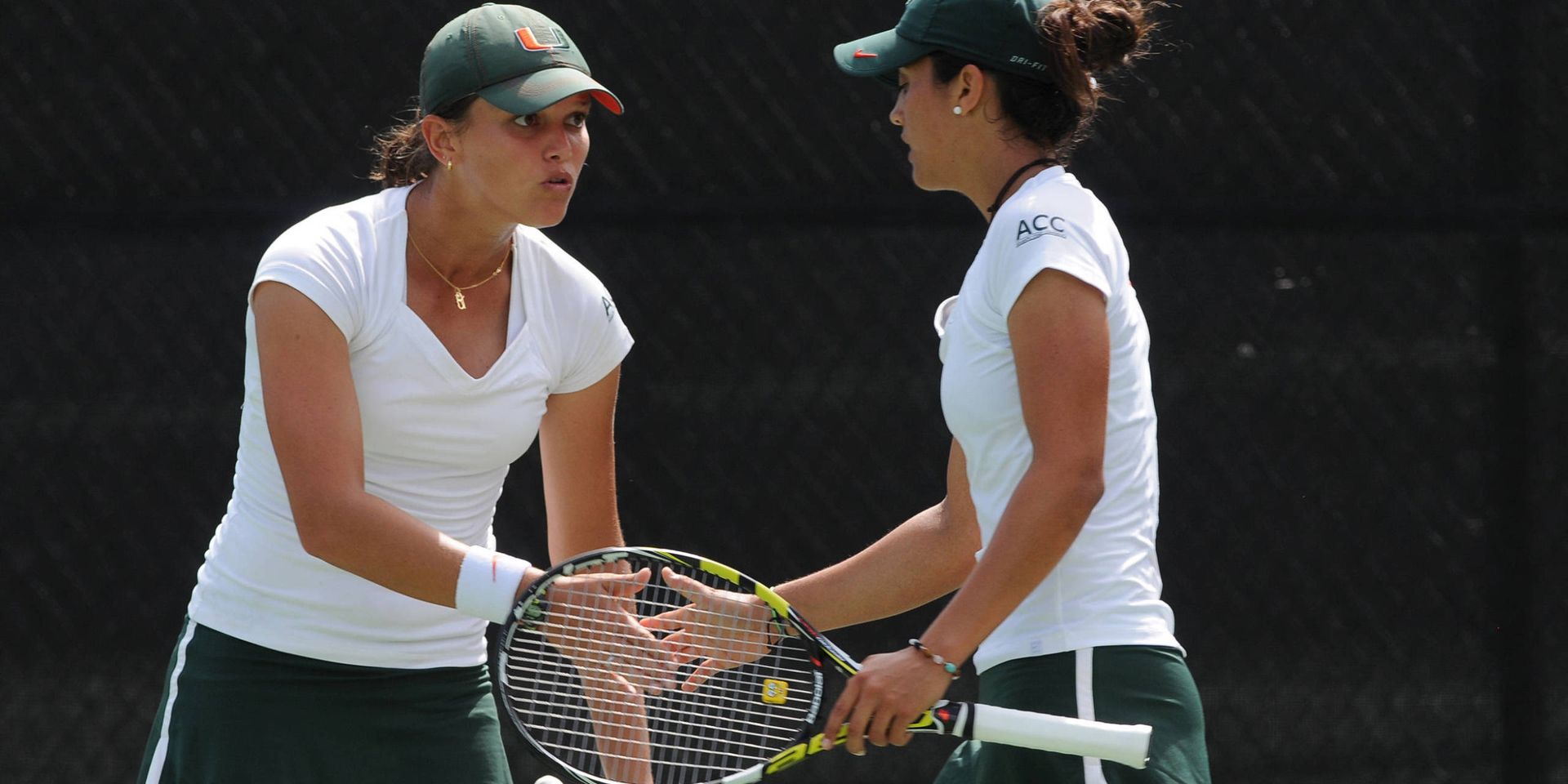 In the first round of the main draw, Wagner faced No. 5 Sydney Campbell of Vanderbilt, who she defeated in a doubles match a day earlier. The German native won the first set 6-4, but conceded the second set to Campbell, 4-6.

Wagner showed her maturity and responded with a comfortable 6-3 victory in the third set to cement her place in the quarterfinals.

Awaiting Wagner in the next round is the No. 2 player in the nation, UCLA’s Robin Anderson. In the first round, Anderson defeated No. 21 Ronit Yurovsky of Michigan, 6-0, 4-6, 6-3.

Anderson was the runner-up at the 2013 Riviera/ITA Women’s All-American Championship.

Wagner and Anderson will face off Friday afternoon at 12:00 p.m. ET.

Miami’s No. 3 doubles pair of Monique Albuquerque and Clementina Riobueno finally found their way to the courts after a first round bye. In the round of 16, Albuquerque/Riobueno defeated De Santis/Niehaus of Ohio State State in straight sets, 7-5, 6-4.

On Wednesday, Wagner and Lileikite won their way into the main draw for doubles. In the first round of the main draw, the pair was faced against Stanford’s duo of No. 15 Carol Zhao and Taylor Davidson.

Wagner/Lileikite were pursuing their third victory against a ranked doubles team for the third consecutive day.

Despite losing the first set 6-7(7), Wagner and Lileikite fought back to take the second set 7-6(6) to force a 10-point tiebreaker.

In the decisive tiebreaker, Zhao and Davidson were able to top the Hurricanes, 10-8, ending Wagner and Lileikite’s upset-filled run into the main draw.