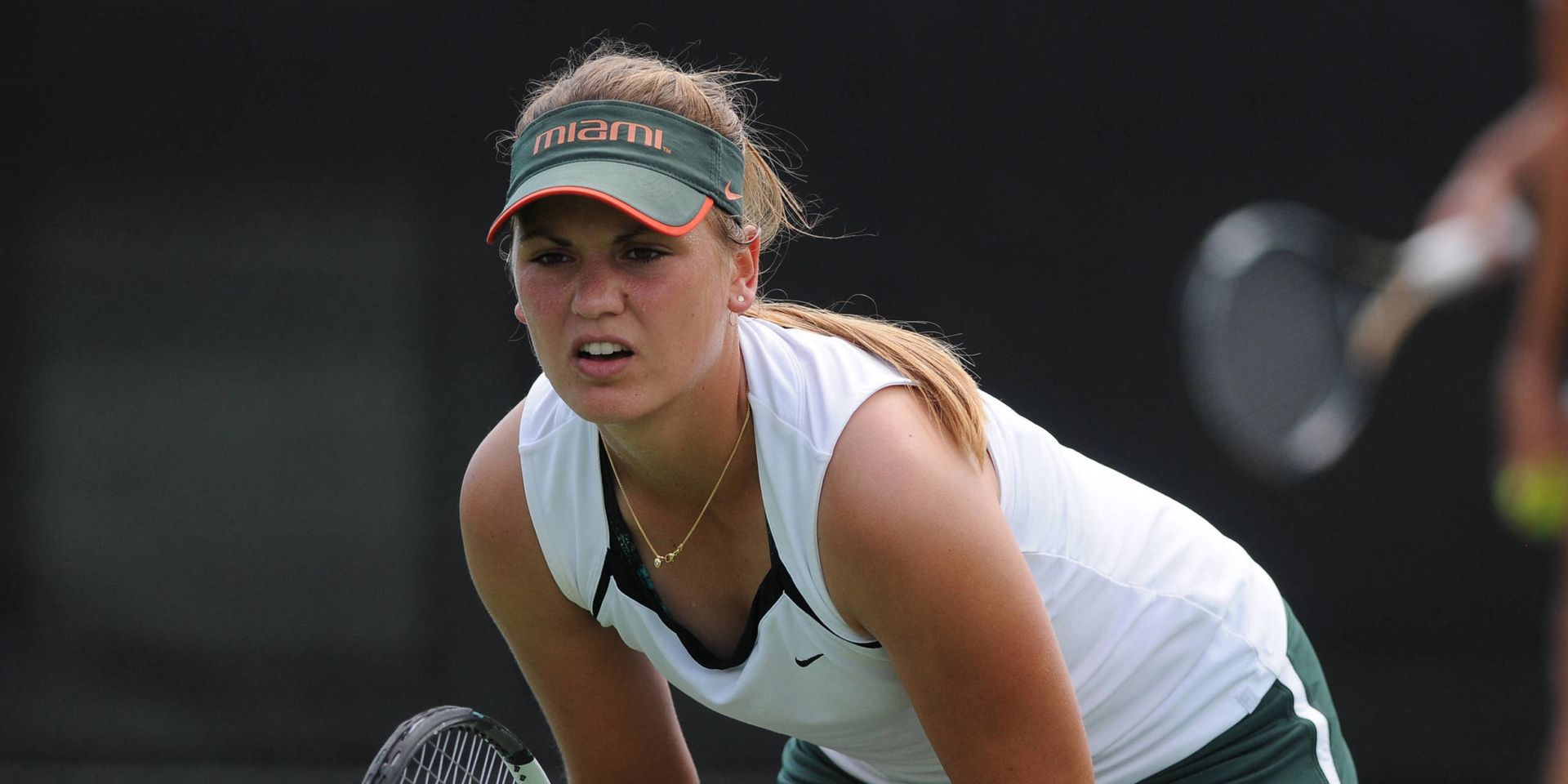 Individually, both players are ranked nationally in singles, with Wagner checking in at No. 18 and Lileikite at No. 71. But together the veterans have begun to hit their stride and are developing chemistry on the court.

After a victory in round one of qualifications on Tuesday afternoon over the No. 17 doubles team, Wagner and Lileikite won two consecutive matches Wednesday afternoon to advance to the main draw of doubles play.

Their first match Wednesday was against New Mexico’s Dominique Dulski and Natasha Smith. As they did Tuesday, Wagner and Lileikite had to overcome losing their first set. Dulski/Smith were able to take the first set 6-4, but Wagner/Lileikite rallied to win the second set, 6-3, to force a 10-point tiebreaker.

The Canes’ combo captured the match, winning the tiebreak 10-8.

The victory over Dulski and Smith set up a second showdown in as many days against a top 40 opponent, this time against Cal’s No. 31 Lynn Chi and Zsofi Susanyi.

Wagner and Lileikite did not need three sets to win. For the first time in the tournament, the duo jumped out to a 1-0 advantage, dominating the first set, 6-1. The second set was stretched into a tiebreak, with Wagner and Lileikite topping Chi and Susanyi, 7-6 (8), to secure the straight-set win and proceed to the main draw.

Assistant coach Laura Vallverdu was pleased with the upperclassman pair, and remains confident that they can continue this type of play going forward.

“I am very proud of the way this duo competed,” Vallverdu said. “They believed they were the better team and played bravely when cornered. I am proud, yet not satisfied. I know these two can do what other Miami team have done.”

They will be the No. 17 seed in the main draw doubles bracket and will be facing Stanford’s duo of Carol Zhao and Taylor Davidson Thursday afternoon at 5:00 p.m. ET.

Miami’s third-ranked pair of Monique Albuquerque and Clementina Riobueno will be making their tournament debut Thursday afternoon as well. As the No. 9 seed, they received a first-round bye and will be playing the winner of De Santis/Niehaus (Ohio State) and Davis/Sperry (Utah State) at 7:00 p.m ET.

Vallverdu said Albuquerque and Riobueno are comfortable, ready and eager to compete.

“Clementina and Monique look like they have been here for days now,” Vallverdu explained. “They look and are walking comfortably. I can’t wait to watch them come together and start their memories for this season.”

Eighteenth-ranked Stephanie Wagner has her first main-draw singles match on Thursday at 1:00 pm. ET versus a familiar foe. She will be pitted against Vanderbilt’s No. 50 Sydney Campbell, who Wagner defeated with Lileikite in doubles Wednesday afternoon.