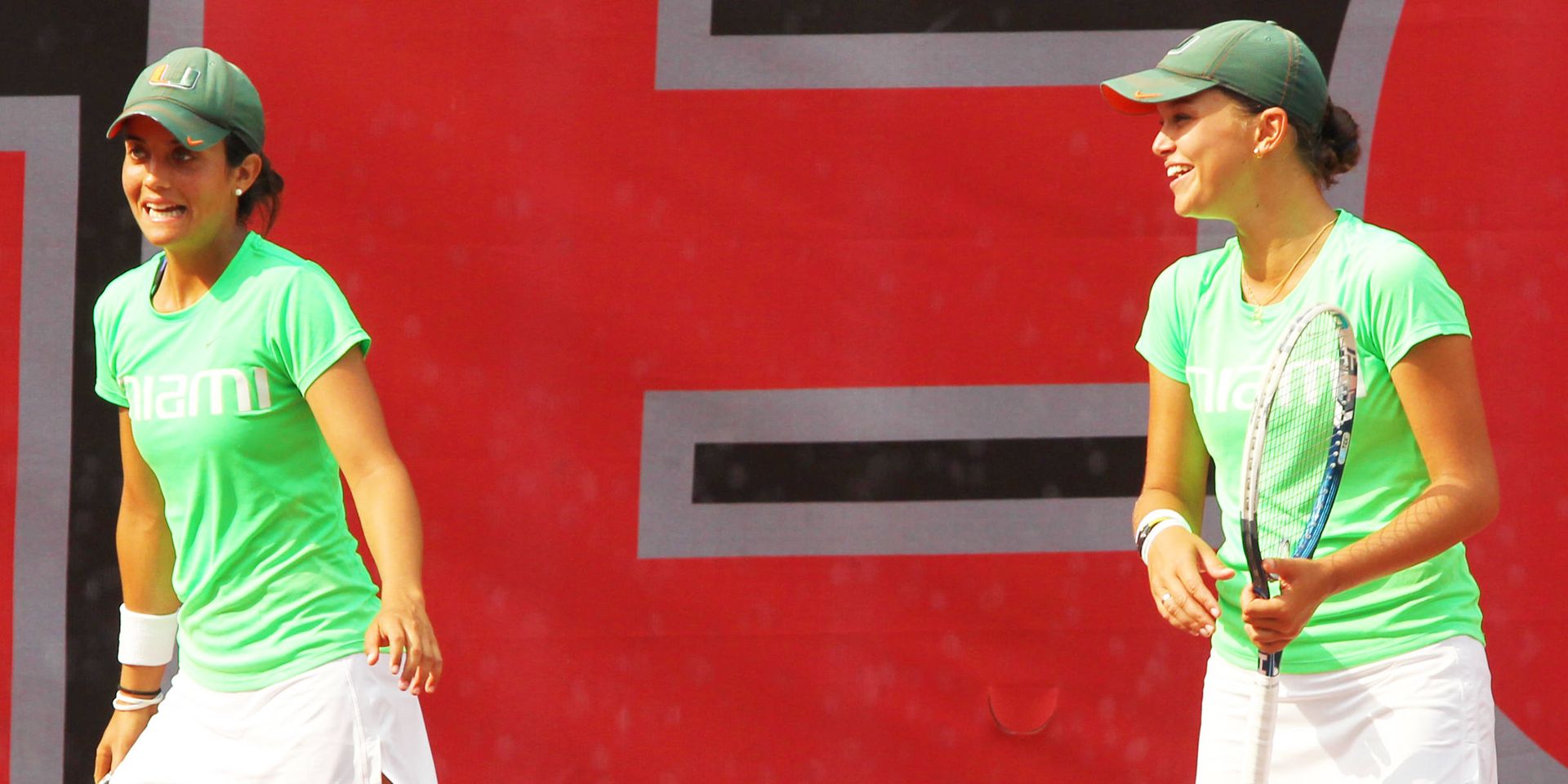 ATHENS, Ga. — University of Miami’s run at the NCAA Doubles Championship came to an end with a three set loss to Alabama in the quarterfinals on Saturday.

“I think Alabama did a good job of capitalizing on our weaknesses and handling our strengths very well,” head coach Paige Yaroshuk-Tews said. “We needed to do a little better job of coming up with a strong B plan. They’re a great, explosive team, and were proud of everything they accomplished this year.”

The Hurricanes found themselves facing a 4-1 deficit in the opening set, but rallied for four wins in a row to take a 5-4 lead in the frame. Miami couldn’t capitalize on the momentum and serve it held and Alabama punched back with three straight games to claim the first set 7-5.

That’s when Miami came storming back to start the second set, opening the frame with three wins in the first four games. As expected, the Crimson Tide battled back all the way to tie the set at five games apiece.

With the set even, Albuquerque and Riobueno put on an incredible display of volleying, reacting to every Alabama offensive move beautifully, to once again taking the advantage. Miami would go on to put away the next game to even the match at one set apiece.

In the third and final set, Alabama secured wins in three of the first four games to take a 3-1 lead. Trailing 4-2 with a 40-3 lead in the game, Albuquerque sent a forehand winner down the alley to get within one game of the Crimson Tide, 4-3.

From there on out, the Canes battled but couldn’t get any closer. Miami forced multiple advantages for Alabama while trailing 4-3 but couldn’t get what they needed to even the match. Serving for the match with a 5-3 lead, Miami got out to a 40-15 lead but couldn’t put the game away. The Tide came back to force deuce and would eventually take the game and the match.

Miami’s top doubles team finished the season with a 22-4 overall record with eight wins against ranked opponents. Alabama moves on to the NCAA Semifinals, where they will face the winner of Beatrice Capra and Hanna Mar of Duke and North Carolina’s Whitney Kay and Caroline Price.

For more information on the women’s tennis team as they enter the offseason, follow @HurricaneTennis on Twitter.