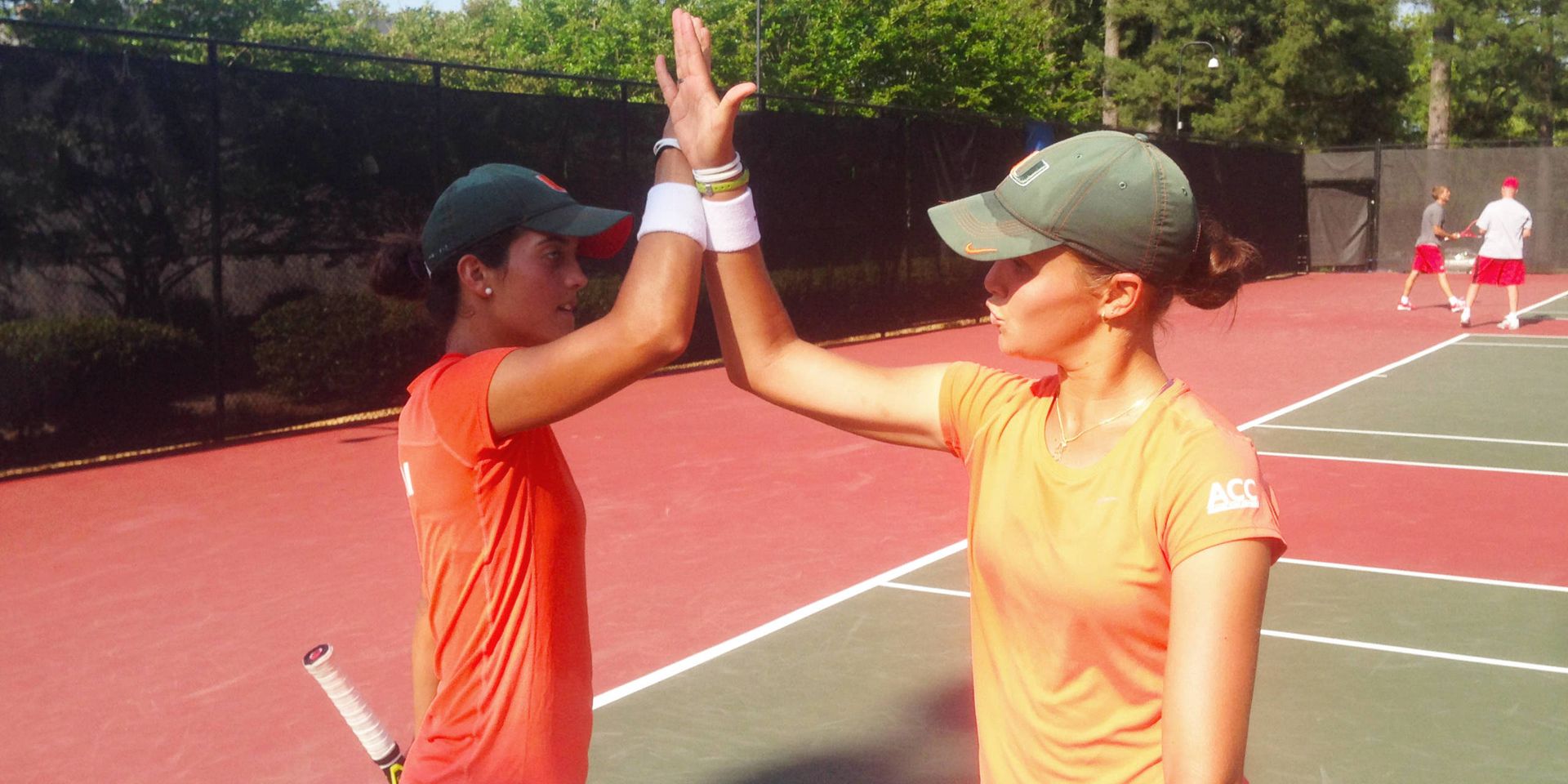 ATHENS, Ga. – Miami’s 8th-ranked doubles team of Monique Albuquerque and Clementina Riobueno advanced to the NCAA Doubles Quarterfinals with a 6-4, 7-5 win against 10th-ranked Kristie Ahn and Carol Zhao of Stanford on Friday afternoon.

Miami fell behind in the first game of the opening set, but in familiar fashion quickly rebounded to take control and win the first frame 6-4. After opening up the second set with three straight wins, Miami held off a late Stanford rally to prevail 7-5 en route to their second win this week against a top-10 opponent.

“Clementina and Monique are complementing each other really well,” head coach Paige Yaroshuk-Tews said, “They had their ups and downs in the match but were able to get through it. We’re looking forward to a fun quarterfinals match tomorrow.”

In the second game of the first set, the Canes trailed 15-40 but a great return of serve from Albuquerque and a volley at the net from Riobueno sent the game to deuce, where Riobueno evened the set with an overhead slam.

The Canes would go on to win four in a row to take a 4-1 lead before Stanford took three out of the next four to get within two games of Miami at 5-4. A strong backhand winner from Albuquerque in the 10th game of the set put the Canes up 30-0 and on their way to a first set victory.

Miami started off the second set on fire, jetting out to a 3-0 lead before Stanford finally took the fourth game of the frame. Leading 4-1, the Cardinal would win four of the next five games to even the match at five games apiece.

With the set even at 5-5 and with the Canes trailing 15-40, Albuquerque sent the game to deuce with an overhead before taking the game for a 6-5 lead. Determined to put the match away in straight sets, the Canes used some phenomenal volleying to do just that, signaling their 22nd win of the season.

With the win, the Hurricanes will face No. 5 Maya Jansen and Erin Routliffe of Alabama in the quarterfinals of the doubles championship on Saturday at 3:30 p.m.