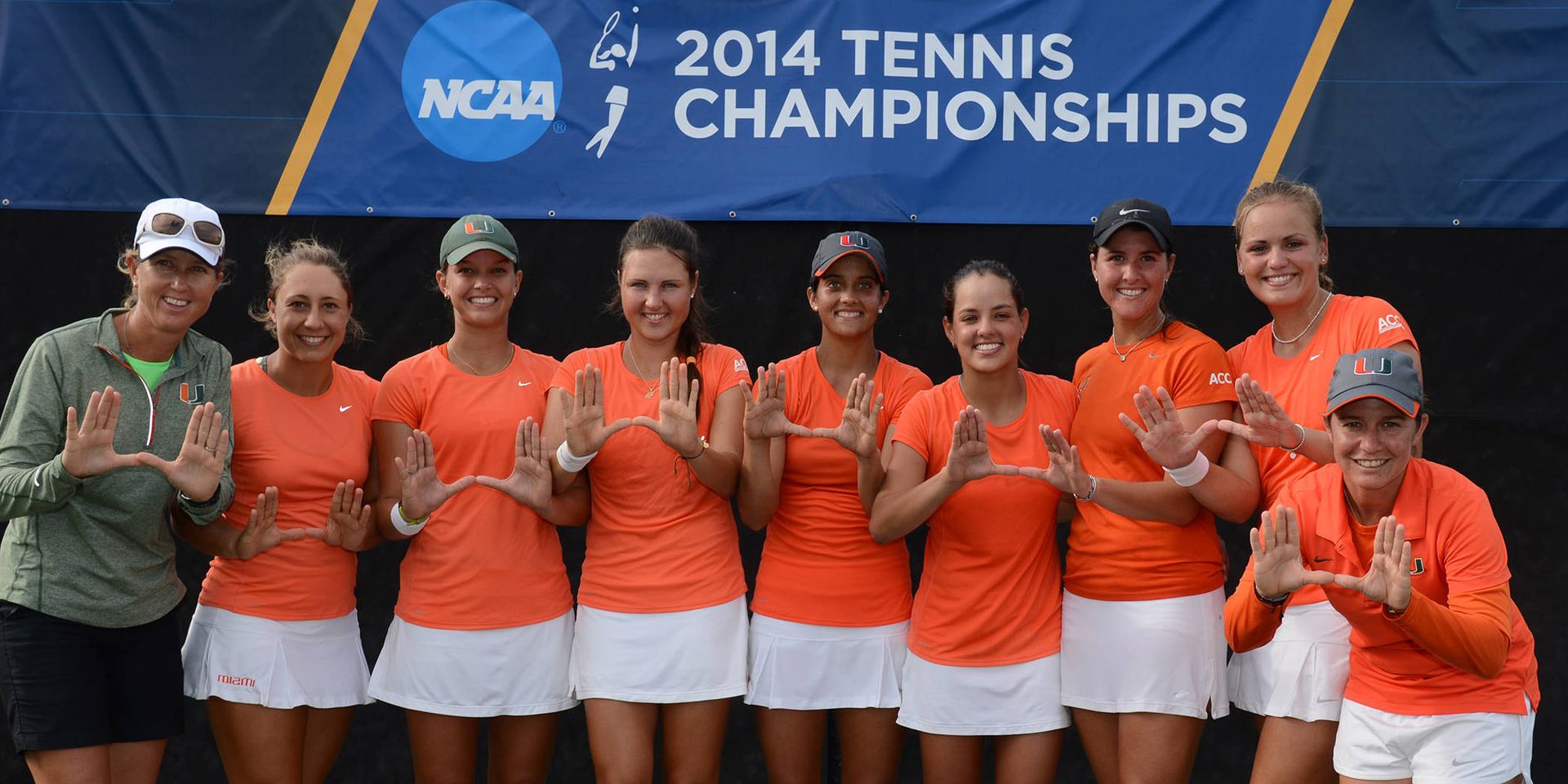 CORAL GABLES, Fla. – The No. 12 University of Miami women’s tennis team swept No. 18 Oklahoma 4-0 in the NCAA Second Round to advance to its ninth consecutive Sweet 16 on Saturday afternoon.

“I think that good things happen to good people,” head coach Paige Yaroshuk-Tews said.  “These seven girls are really hard workers, super mature, have bought into the system and deserve what they earned today.”

Miami (21-5) didn’t get off to a strong start in doubles, but used a comeback win from Lina Lileikite and Stephanie Wagner and gutted out a win at two doubles to take a 1-0 lead in the match.

At one point, the Hurricanes’ hopes of taking the doubles point looked bleak, facing deficits on all three courts.

Miami’s top doubles team and eighth-ranked Monique Albuquerque and Clementina Riobueno trailed 4-1 against Whitney Ritchie and Morgan Chumney before rattling off three straight games to even the score at four games apiece. The Sooners then took four of the last five games to win the match 8-5.

Meanwhile, both the two and three doubles teams were trading games in back-and-forth affairs with the Sooners. At three doubles, Miami flipped an early Oklahoma to get right back in the match. Down 5-2, Wagner and Lileikite strung together six wins in a row to take the match 8-5.

At two doubles, Bolivar and Dubins looked like they were in control of the match with an early 5-2 lead, but Oklahoma’s Hermon Brhane and Whitney Wofford came storming back to win the next five games to take a 7-5 lead. With all of the momentum with the Sooners and the doubles point on the line, Dubins and Bolivar held off match point from Oklahoma to eventually tie the match 7-7 and force a tiebreaker. The pair of Miami seniors – playing their last match at the Neil Schiff Tennis Center – willed themselves to a tiebreaker win, signaling the doubles point for the Hurricanes.

“That was a gutsy performance,” Yaroshuk-Tews said. “They started out real solid and then got a little distracted. Melissa started struggling, but Brittany was super composed and kept them in there. That’s what Britt does. For those of us that are around Britt, we know that through a teammate’s ups and downs, Britt is the rock. And it showed today front and center. Brittany was the rock.”

After taking the point in thrilling fashion, the Hurricanes capitalized on the momentum and quickly and soundly put away the Sooners in singles.

For the second day in a row, No. 90 Liliekite was the first to put Miami on the board, with her 6-0, 6-1 win against Chumney. Lileikite rolled to a 6-0 first set win and after dropping the first game of the second set, the junior won six more in a row to give Miami a 2-0 lead.

Albuquerque was next to complete her match, where she defeated Emma Devine in straight sets 6-0, 6-3 for her 18th consecutive win.

With a 3-0 lead on the scoreboard, Riobueno defeated Oklahoma’s Brhane 6-0, 6-3, clinching Miami’s ninth-straight trip to the Sweet 16.

Matches went unfinished at No. 1, No. 4, and No. 6 singles, but the Hurricanes led in each of them. At one singles, No. 29 Wagner had just prevailed in a tight first set against No. 68 Ritchie. At the four spot, Bolivar battled back from losing the first set to win the second by a score of 6-3, and led 2-1 in the third. Dubins also came through in a close opening set, 7-5 against Abbi Melrose. Dubins led 3-0 in the second when the match was ended.

Miami now advances to the national tournament in Athens, Ga., where each of the 16 regional winners will compete for the national championship May 15-20. The Hurricanes are slated to play UCLA or Ole Miss at 7 p.m. on Thursday.