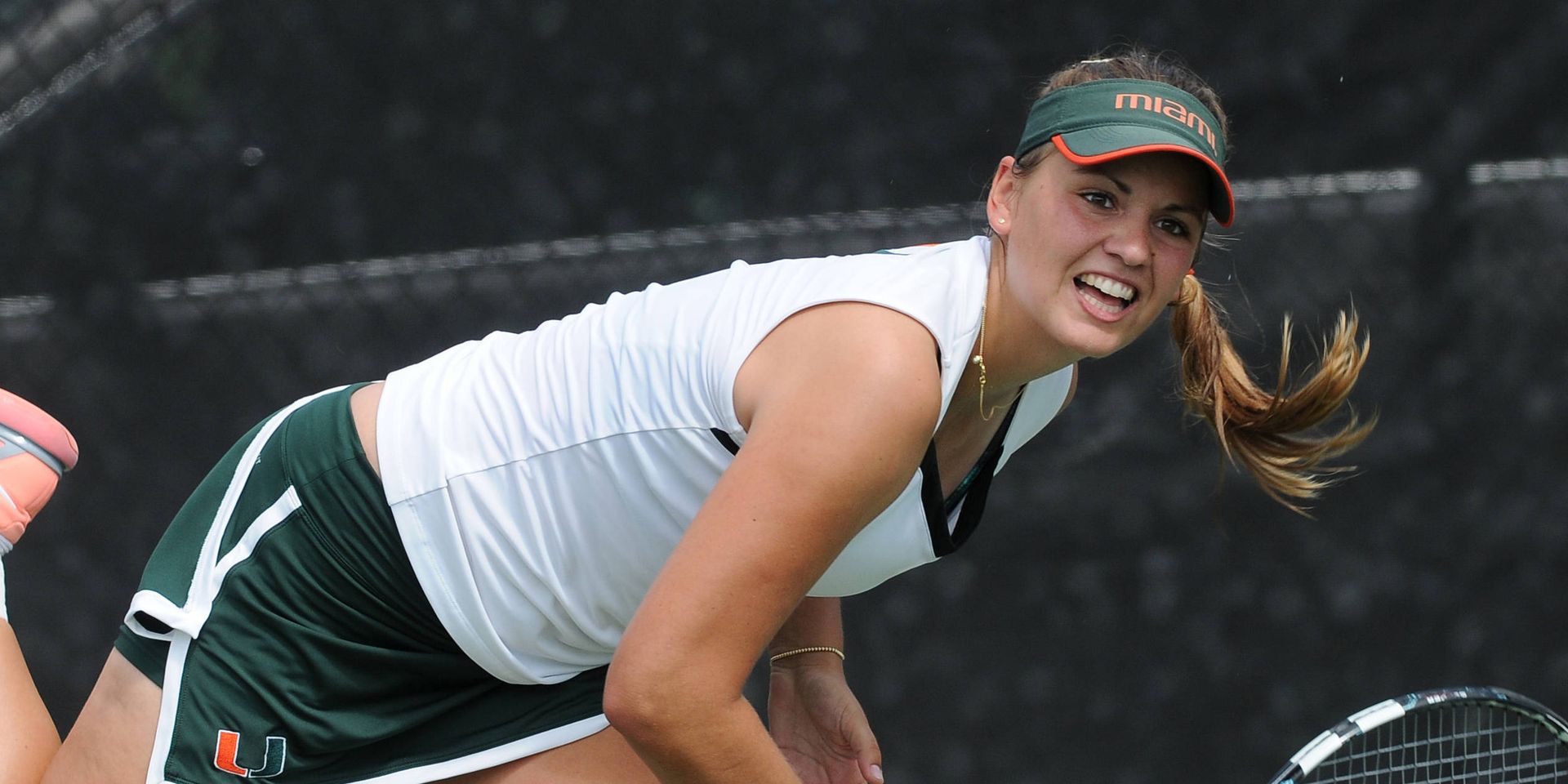 Ranked 30th in the ITA singles rankings, Wagner was one of 49 at-large selections into the 64-player tournament. The sophomore from Amberg, Germany, was named to the All-ACC First Team after posting an overall record of 20-4 and 12-2 in ACC play. With an 18-4 record in dual matches, Wagner topped five ranked opponents this spring—including third-ranked Julia Elbaba in Miami’s regular season finale.

Ranked 11th in the ITA doubles poll, Albuquerque and Riobueno were one of 22 doubles teams to receive an at-large selection to the 32-team tournament. As Miami’s top doubles duo, the pair finished the regular season with a 19-2 overall record and 10-1 mark in ACC play. On the year, the pair has beaten five nationally-ranked opponents and has currently won nine of their last 10.

Sophomore Kelsey Laurente was selected as an alternate for the individual singles tournament, while Laurente and senior Melissa Bolivar were named an alternate team for doubles.

The singles and doubles competition will be conducted May 21-26 at the Dan Magill Tennis Complex in Athens, Georgia, following the conclusion of the team championship, which runs from May 15-20.