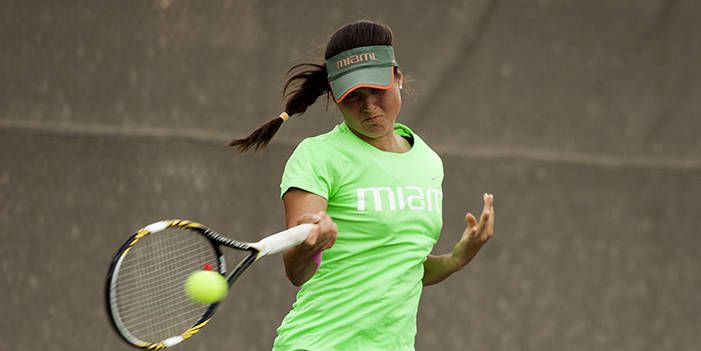 The 15th-ranked Hurricanes (19-5) are the 12th overall seed in the tournament and will host Boston University, No. 18 Oklahoma and No. 54 Wichita State in Coral Gables on May 9-10.

Miami will open its 19th consecutive NCAA tournament against the Boston Terriers, who finished the 2013-14 season 14-6 overall and champions of the Patriot League.

The Sooners, who fell to Texas Tech in the Big 12 Championship, are 16-6 overall this spring. Wichita State comes to Coral Gables with a 16-6 record and as winners of the Missouri Valley Conference.

First- and second-round competition features four teams playing in a single-elimination format. The winner of each site advances to the national tournament in Athens, Georgia, where the 16 teams will compete for the national championship May 15-20.

Head coach Paige Yaroshuk-Tews has now reached the NCAA tournament in each of her 13 seasons at the helm of the program in Coral Gables, and has led the Hurricanes to the Sweet Sixteen round eight consecutive years. More impressively, Miami is the only program in the country to have advanced to the Elite Eight round in each of the last five seasons.

This spring, the Hurricanes earned a share of the ACC regular season championship but fell to Virginia in the semifinals of the ACC Championships.

For more information on the Hurricanes women’s tennis team in the NCAA Tournament, follow @HurricaneTennis onTwitter.