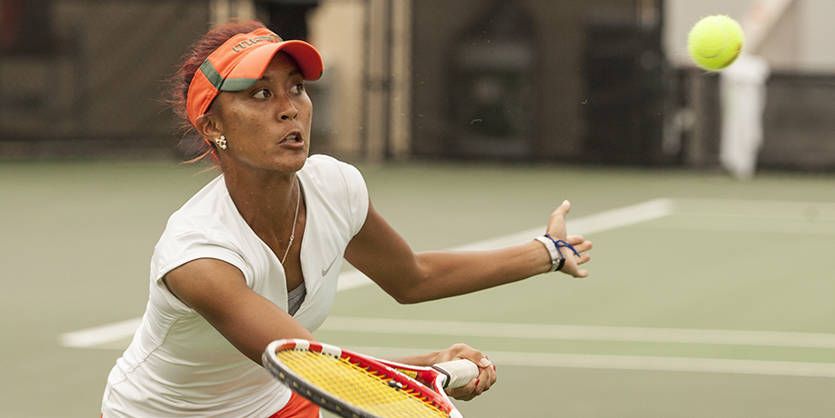 The 2014 NCAA Women’s Tennis Selection Show will be streamed lived on NCAA.com beginning at 5:30 p.m. The Hurricanes will find out if they will be one of the 16 teams to host the first and second rounds, or if they will be sent elsewhere.

The Hurricanes have hosted NCAA Regionals each of the last nine years and look positioned to do so for the 10th consecutive postseason. Miami has made the NCAA Tournament in each of Paige Yaroshuk-Tews’ 12 years at the helm of the program.

When the Selection Show goes live today at 5:30 p.m., a link to the live stream will appear on this page HERE.

For more information on the Hurricanes women’s tennis team in the NCAA Tournament, follow @HurricaneTennis on Twitter.