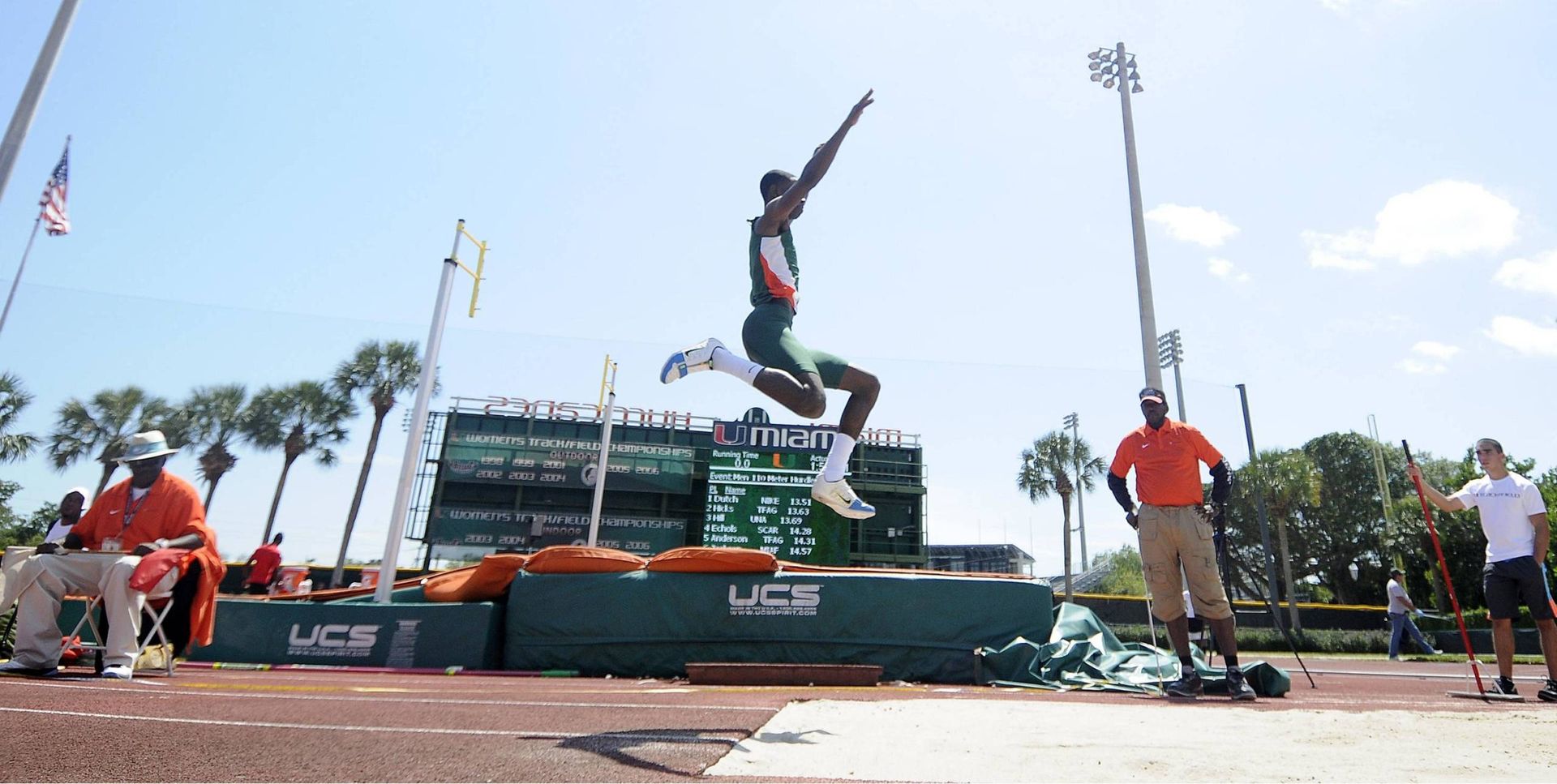 Jumpers Rise to the Occasion at ACCs

The Canes combined to score 22 points in the jumps, eight by the women and 14 by the men. Miami scored in the women’s pole vault, men’s triple jump and men’s long jump at the 2014 ACC Outdoor Championships

Performing well at the conference meet was one of Miami’s goals for 2014 and the jumper helped contribute to the success of both the men’s and women’s teams.

Alysha Newman’s debut at the ACC Outdoor Championships ended in a new school record with her mark of 4.28m in the women’s pole vault. The sophomore placed second, scoring eight points for the women’s team. Newman currently ranks sixth in the NCAA East region, putting her in excellent position to represent Miami at the NCAA East Preliminary from May 29-31.

Jumpers John-Patrick Friday and Timothy Richardson made solid contributions to the men’s team score. Friday tied for seventh in the men’s high jump with a mark of 2.04m on Day 2 and earned a second place finish in the triple jump on Day 3, clearing 15.34m. Richardson joined Friday in the Top 5 of the men’s triple jump, placing fifth with a mark of 14.79m.

While Friday’s mark of 15.34m is the farthest distance he has cleared in his career, the triple jump marks do not count for record keeping or qualifying lists because the event was moved indoors due to inclement weather. However, the duo picked up 12 points for the Hurricane men on the final day of competition.

Newman and Friday were named All-ACC for their Top 3 finish in the women’s pole vault and men’s triple jump, respectively.

While she did not score, Dakota Dailey-Harris had a notable performance at the ACC meet. The sophomore reached the finals in the women’s high jump, where she placed ninth with a personal-best mark of 1.75m that ranks fourth in UM history. She is tied for 29th in the NCAA East region.

Miami’s jumpers all reached new levels of success at the ACC Outdoor Championships. The Canes will look continue their upward trend of improvement as they work to finish the 2014 season strong.