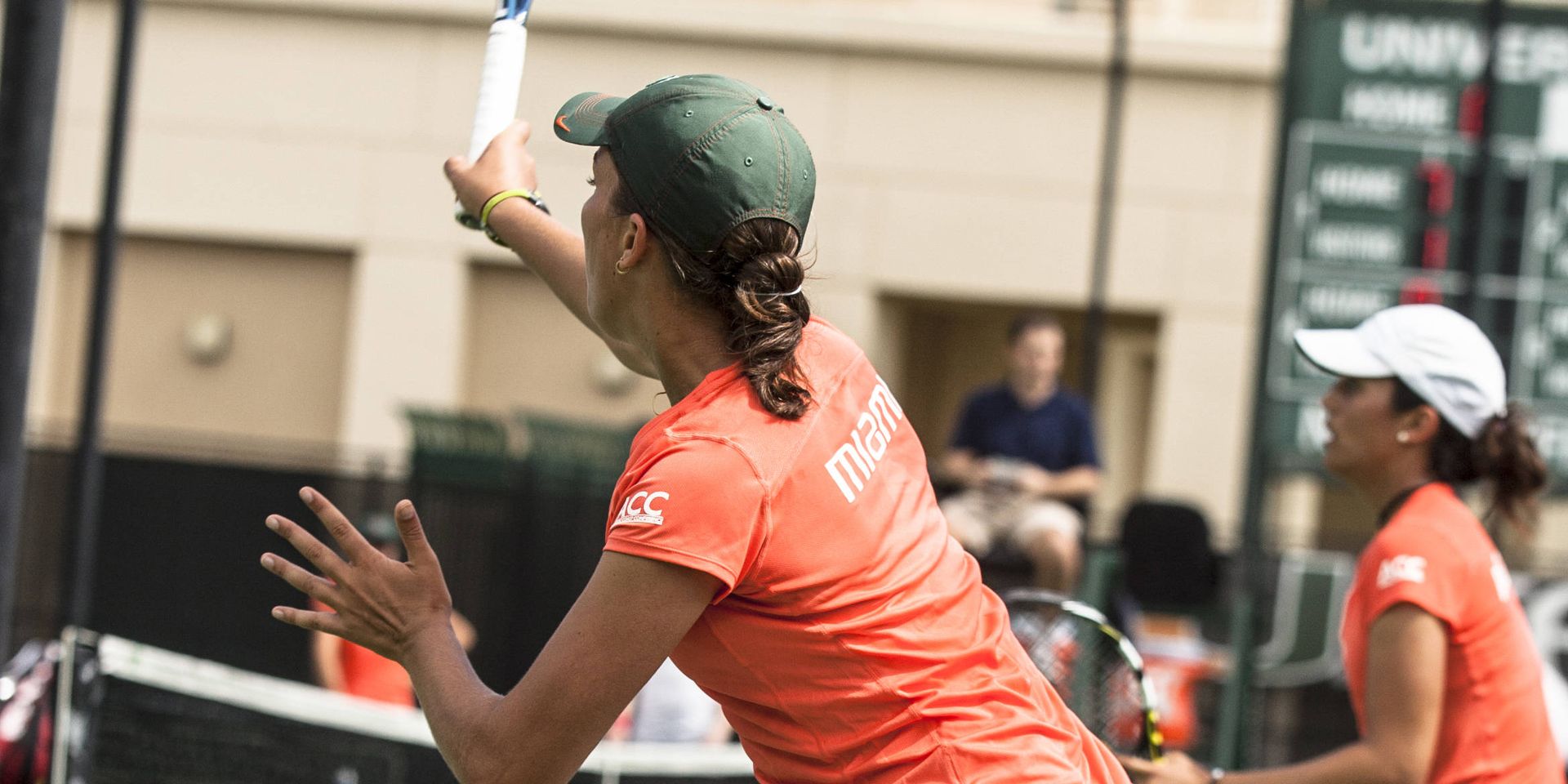 W. Tennis Duo Jumps to No. 11 in Doubles Poll

Together this spring, Albuquerque and Riobueno have posted an 18-2 record and a 10-1 record in ACC play. Heading into the ACC Championship this week, the duo has won nine of their last 10 matches.

For the first time since Feb. 11, three Hurricane singles players appeared in the singles poll: No. 30 Stephanie Wagner, No. 61 Kelsey Laurente and No. 90 Lina Lileikite.

Wagner jumped six spots to No. 30 after going 2-0 last week with an impressive win against 3rd-ranked Elbaba. The win against Elbaba was Wagner’s fifth against a nationally ranked opponent this season.

Laurente moved up one spot after going 1-1 this week with a win against Virginia Tech’s Sansitha Nandakumar. Laurente is 13-7 this spring and has appeared in the last eight singles rankings.

Entering the rankings for the first time this spring was Lileikite, who went 2-0 last week with a win against No. 50 Stephanie Nauta in Miami’s win against No. 9 Virginia. For the spring, Lileikite has posted a 15-6 overall record and 10-2 in ACC matches.

Also appearing in the poll was Miami’s No. 2 doubles team, Melissa Bolivar and Laurente at No. 45. Despite beating No. 9 Virginia on Sunday, Miami is still ranked No. 15 in the team rankings.

The Hurricanes (18-4, 12-2 ACC) head to Cary, N.C., this week for the ACC Championship. Miami will play in the quarterfinals on Friday at noon.