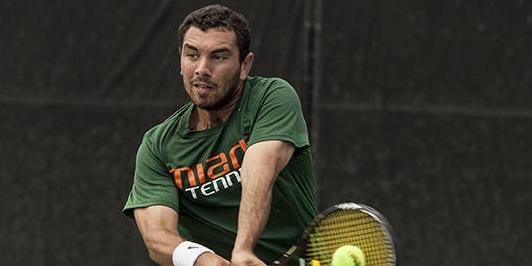 CORAL GABLES, Fla. – The ninth-seeded University of Miami men’s tennis team will travel to Cary, N.C., to compete against eighth-seeded Florida State in the ACC Championship on Thursday, April 24 at 9 a.m.

Miami fell to the Seminoles, 6-1, in the last regular-season match on Saturday, April 19. It was a tight match, with Miami taking one victory from the three doubles matches, and sending all but two singles matches into three sets.

Miami is 8-9 overall at the ACC Championship in its nine seasons in the league, posting a team-best 3-1 record in 2008 when the Canes defeated Maryland, North Carolina and Florida State on their way to the championship match against Virginia. The Cavaliers defeated the Hurricanes, 4-0, in the finals.