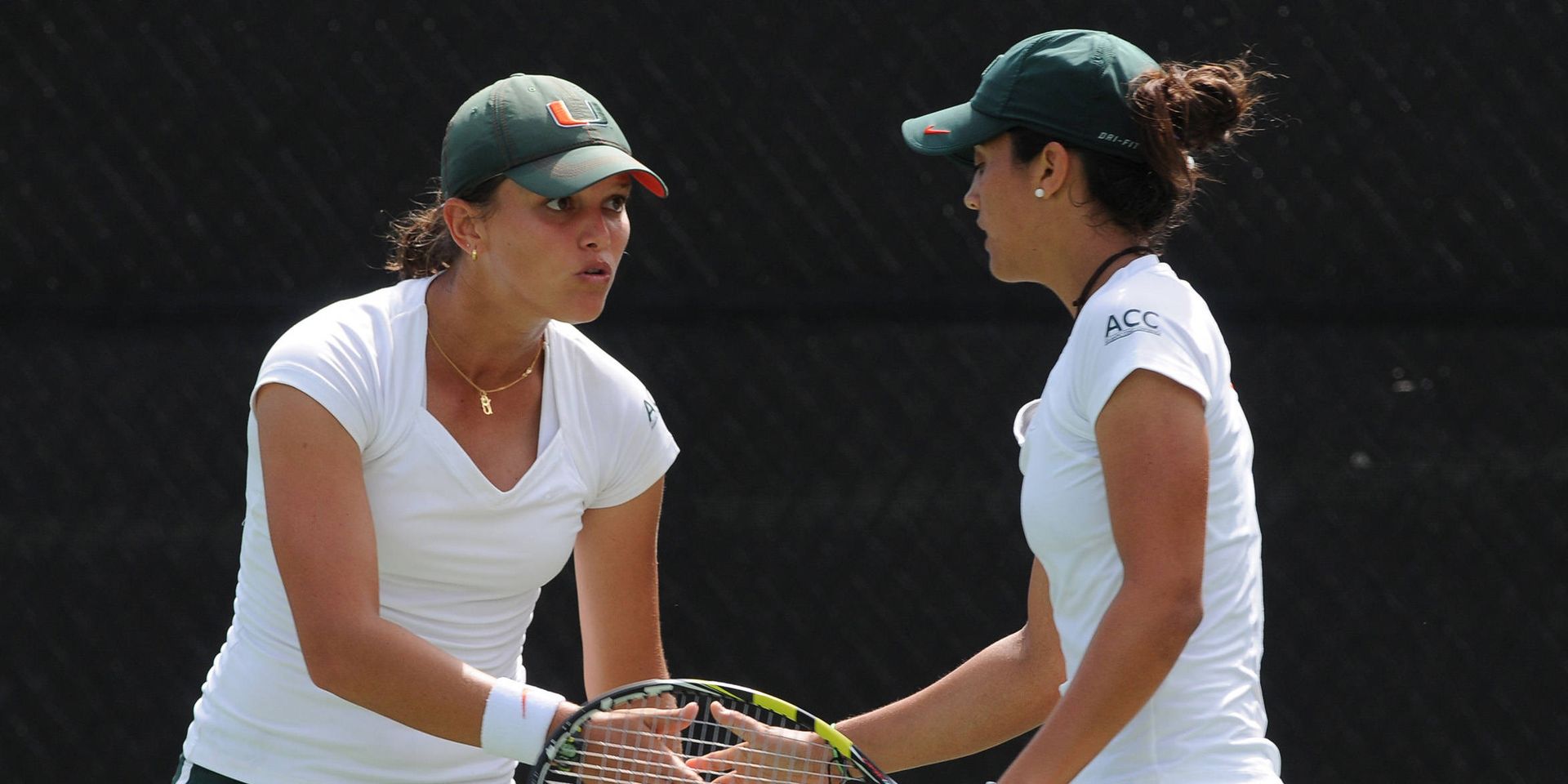 W. Tennis Moves Up to No. 15 in ITA Rankings

SKILLMAN, N.J. – The Miami Hurricanes women’s tennis team jumped one spot to No. 15 in the latest Intercollegiate Tennis rankings (ITA) released on Tuesday.

Stephanie Wagner, who was named the ACC’s Player of the Week on Tuesday, made the biggest jump among Hurricane singles players in the poll to No. 36. Ranked 48th in the poll last week, Wagner picked up a pair of impressive wins against Florida State’s Daneika Borthwick and Clemson’s 46th-ranked Yana Koroleva.

Wagner has been reliable at the Hurricanes’ top singles spot this spring, posting a 17-4 overall record and 11-2 record at the No. 1 spot. The Amberg, Germany native hasn’t missed a beat in ACC contests, recording a 10-2 record against conference foes.

In addition to Wagner, sophomore Kelsey Laurente appeared in the ITA singles poll for the seventh consecutive week at No. 54. Laurente has bounced around the one and two singles spot for Miami and is 12-6 this spring with three wins against ranked opponents.

Two Hurricane doubles teams are currently ranked: Monique Albuquerque and Clementina Riobueno checking in at No. 21 and Melissa Bolivar and Laurente at No. 40.

Albuquerque and Riobueno have been nearly unbeatable as the top doubles team, posting a 16-2 overall record and an 8-1 ACC mark. Laurente and Bolivar have posted a 10-3 overall mark and are 5-2 in ACC play.

The Hurricanes return the Neil Schiff Tennis Center on Friday when they play host to the Virginia Tech Hokies at 3 p.m. On Sunday against Virginia, Miami will honor its three seniors – Monique Albuquerque, Melissa Bolivar and Brittany Dubins – on Senior Day.