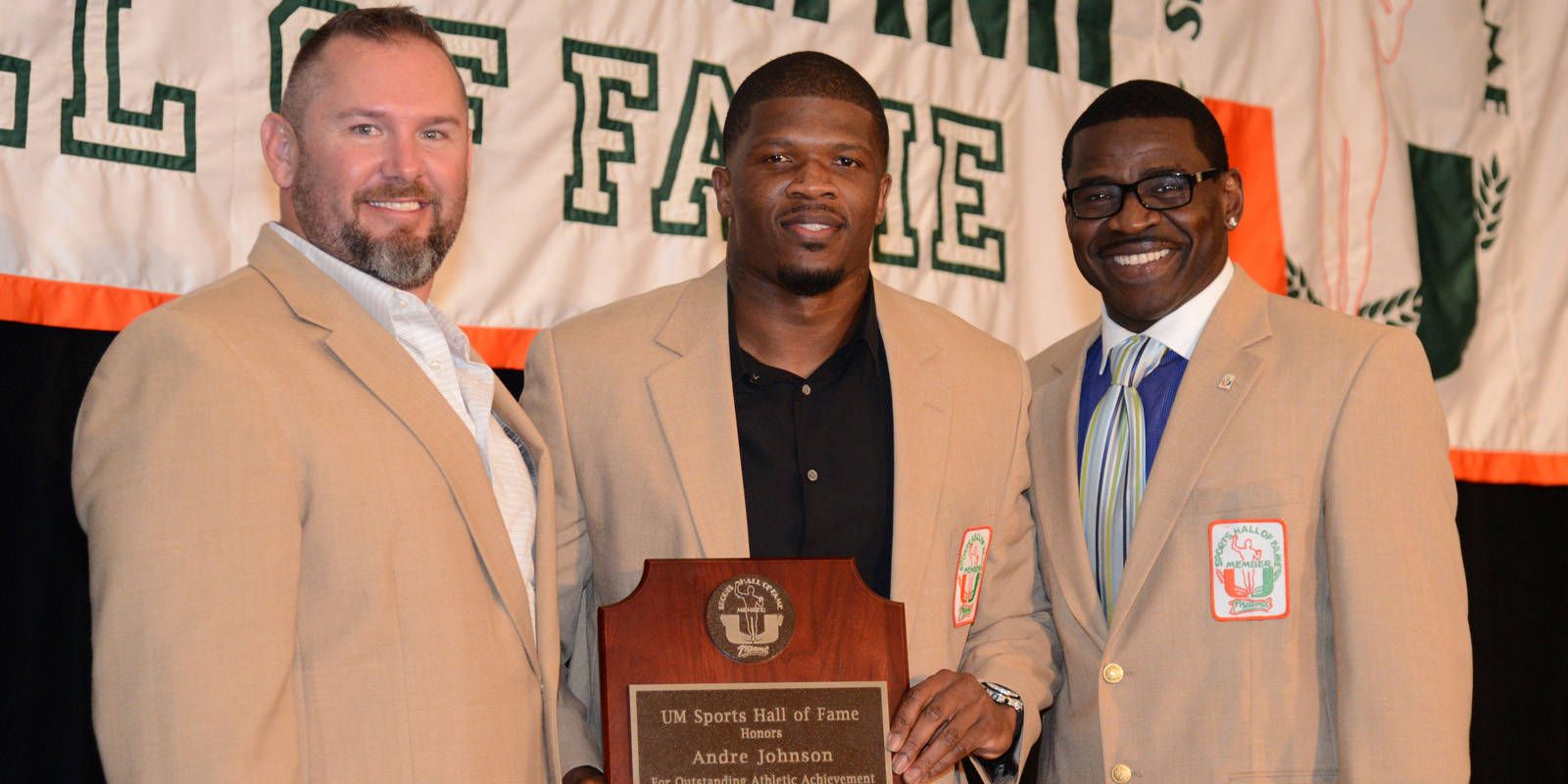 Houston Texans standout Andre Johnson was one of eight Miami Hurricanes legends inducted into the UM Sports Hall of Fame last week as part of the 2014 induction class.

Below is Andre’s induction speech. Short and sweet, he hit the point that he is living his childhood dream – from being a Miami Hurricane to playing in the NFL with the Houston Texans. He never imagined he’d be inducted into the UM Sports Hall of Fame.