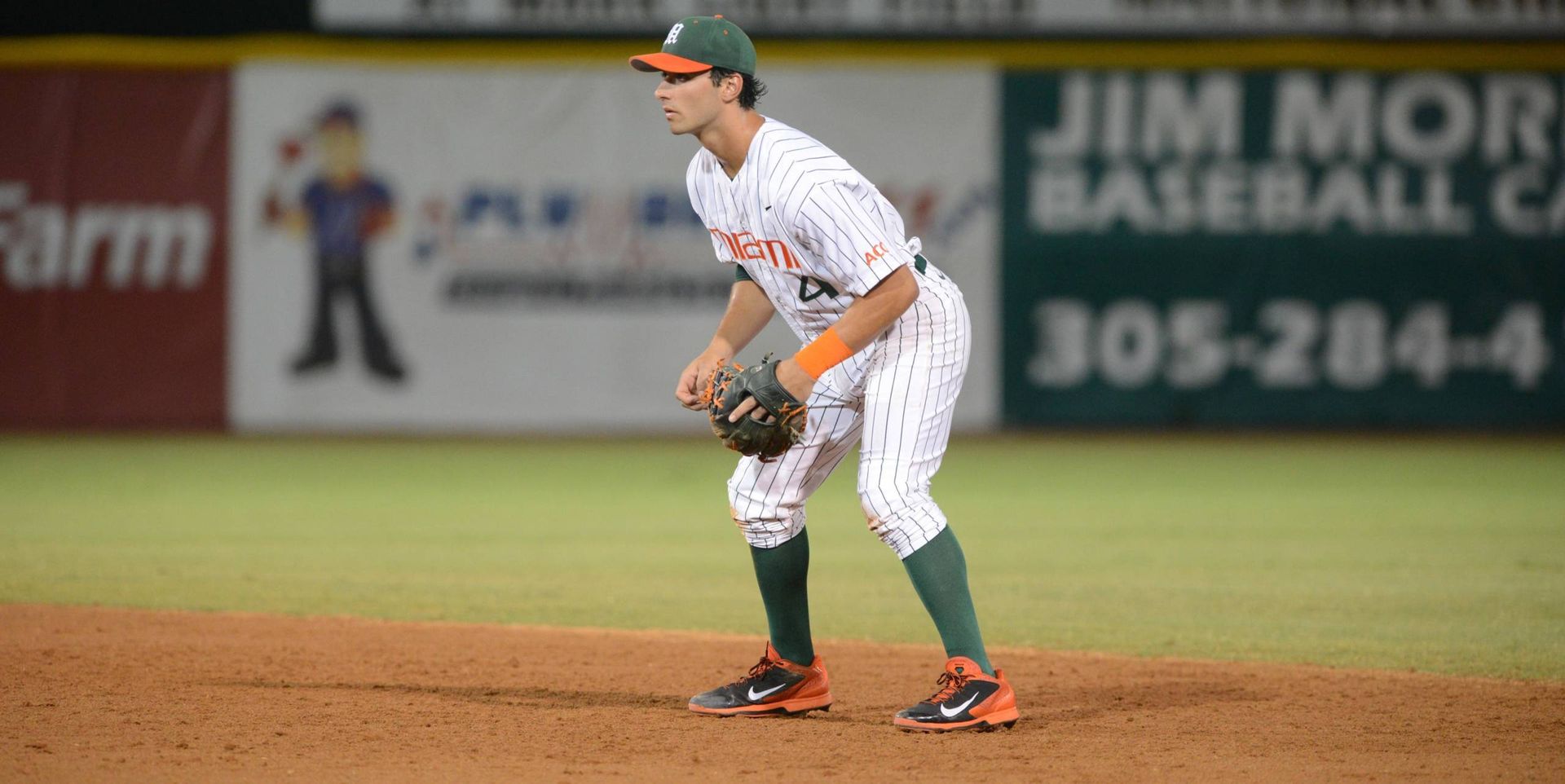 No. 20 Baseball Looking to Continue Momentum

Miami leads the all-time series between the two schools by a perfect 6-0 margin. Miami has not played the Panthers – an ACC newcomer – since the 2009 season, when the Hurricanes came up with an 11-6 victory.

• After capturing its midweek game at UCF to extend its winning streak to nine straight games, #20 Miami returns home for a weekend series against ACC newcomer Pittsburgh at Alex Rodriguez Park at Mark Light Field.
• Miami has not played the Panthers since the 2009 season, when the Hurricanes came up with an 11-6 victory. Miami has a perfect 6-0 record against the Panthers in the all-time series history.
• Miami enters the weekend with a firm hold on second place in the Coastal Division, just one game behind No. 3 Virginia. The Hurricanes are one of just four ACC teams with double-digit ACC wins through the first five conference weekends (11-4), and boast the second-longest winning streak in Division I baseball at nine games (Western Carolina, 11).

• Miami has used its nine-game winning streak, including back-to-back ACC road sweeps, to vault to No. 23 in the latest Warren Nolan Top 25 RPI (April 10).
• Miami has eight wins against teams in the Warren Nolan Top 50 RPI, including a road win over No. 3 Florida State, a series victory over No. 4 Florida, a win over No. 10 Virginia, a road sweep of No. 40 NC State and a road win against No. 44 Georgia Tech.
• With a challenging ACC slate remaining, Miami’s strength of schedule is rated No. 25 by Warren Nolan.